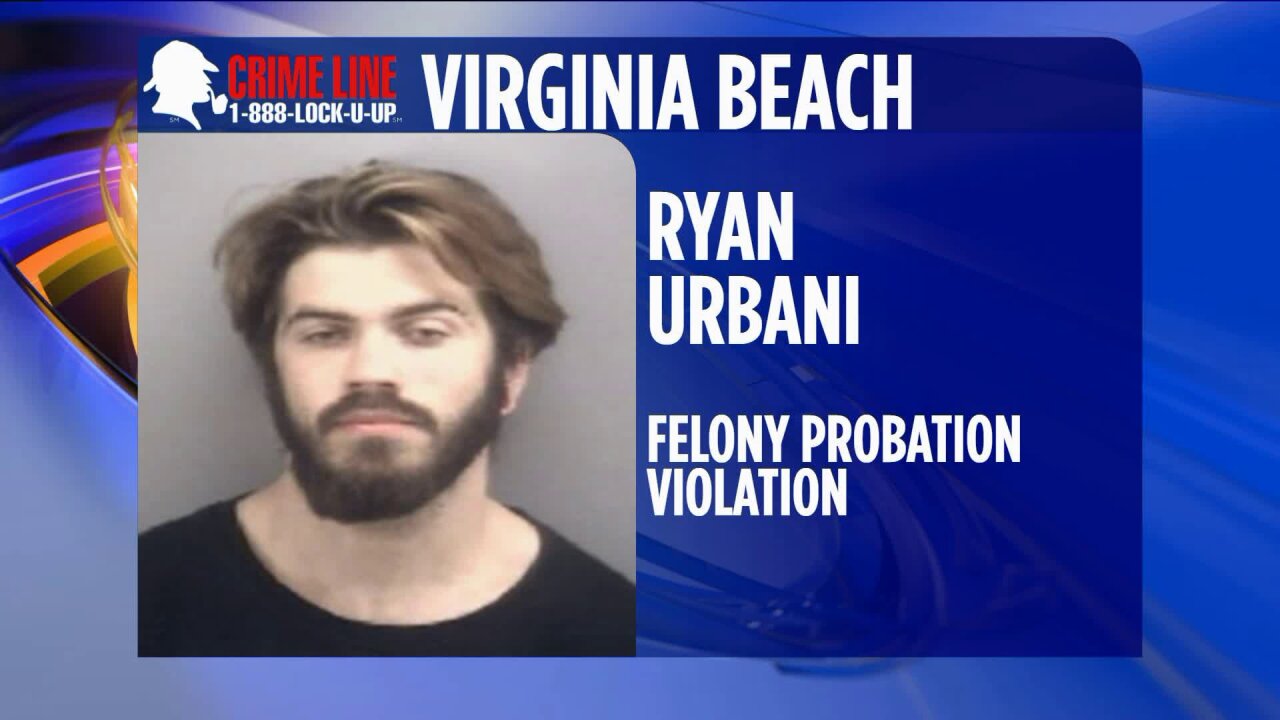 According to police, Ryan Urbani, 24, was arrested in Chesapeake where police served a warrant from Virginia Beach.

According to police, the probation violation is in connection to drug charges.

Urbani was featured on News 3’s Taking Action Against Crime segment on Jan. 3.

To see other suspects wanted by police in our area, click here.

Tips on wanted suspects or crimes can always be reported anonymously to Crime Line in one of three ways.