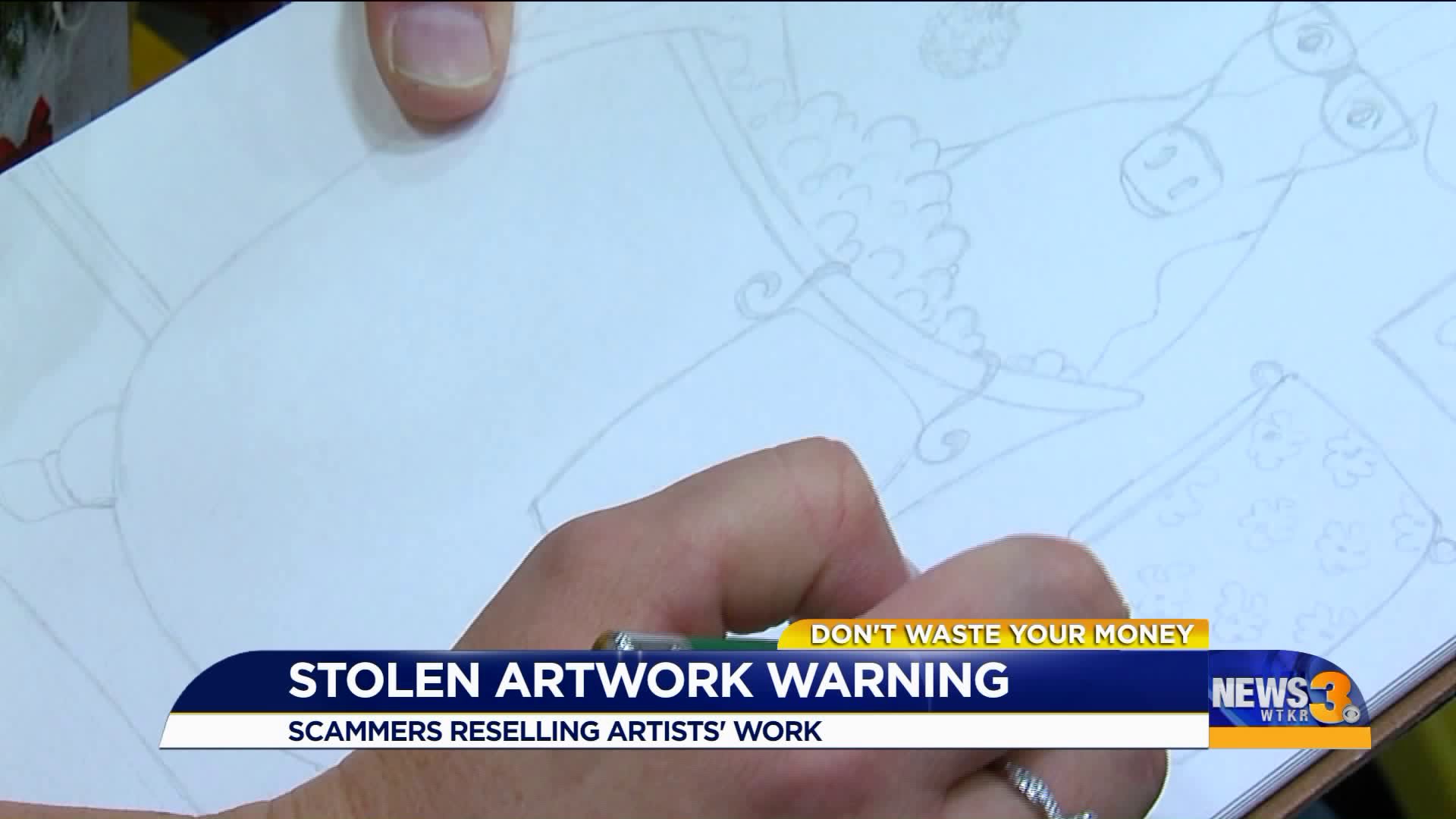 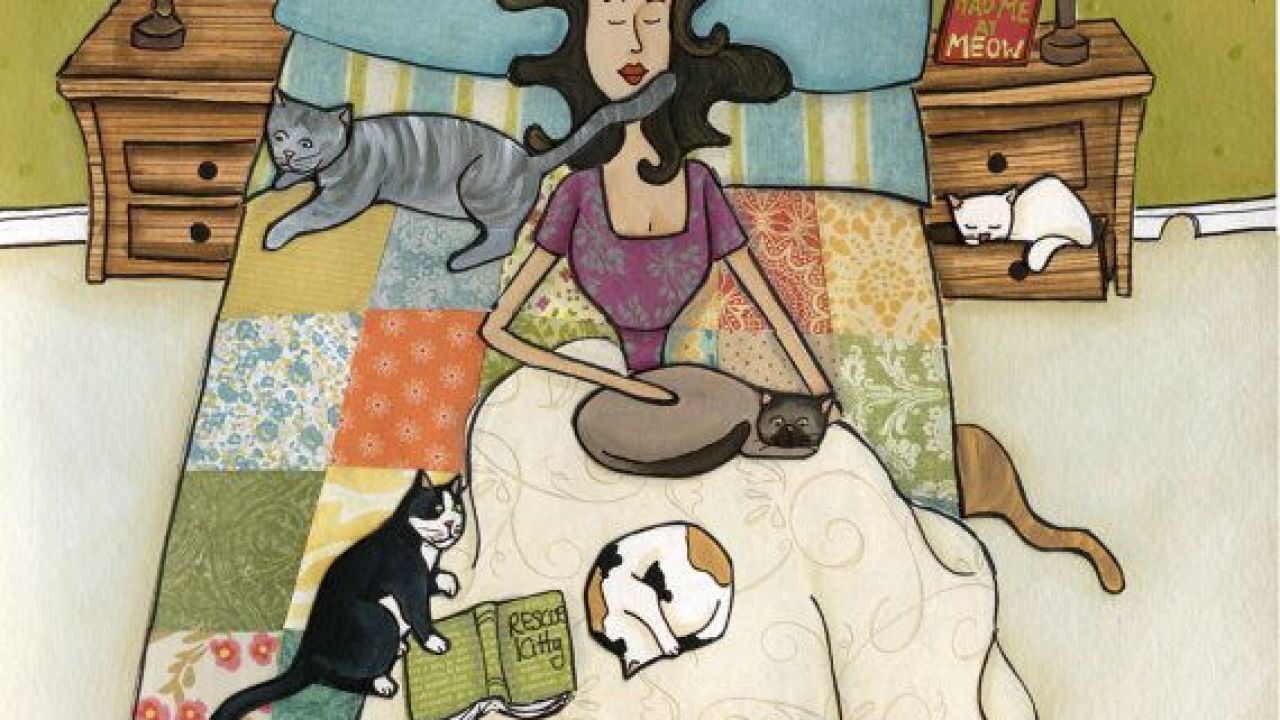 Jamie Morath is a folk artist, a Norman Rockwell for the 21st century, who creates whimsical sketches of cats and dogs with her pencil and paint.

"It's just everyday inspiration of what cats and dogs do," she said.

Pet lovers across the world are snapping up the woman's prints on Facebook and Etsy .

Morath's prints are now in such demand that her husband, Shawn, now runs the business side of the operation as his almost-full-time job. People who see the prints for sale at art fairs are amazed.

"It's creative. I love the variety. It's amazing," one woman purchasing a print of a Rottweiler told her.

But a friend recently gave her some bad news: Someone was stealing Morath's artwork and reselling it without her permission.

"Somebody took my images and was selling them on T-shirts," Morath said.

She has also found prints for sale elsewhere with her signature erased. She does not want to say where they are being sold because she does not want potential customers to seek out the counterfeiter instead.

You would think that shutting down counterfeiters would be fairly easy: Send them a letter or email or have a lawyer send them a "cease and desist" letter and inform them they must stop the sales immediately.

The problem is that these counterfeiters aren't local or even in the United States.

"It was a company from China using my work on their T shirts," she said. Her emails to the company went unanswered.

She now puts watermarks of her name on the pictures, but her husband says some savvy thieves have photoshopped them away and continued to steal.

"Watermarks are good," Shawn Morath said. "But with today's technology, they can easily be erased online, so I don't know how you stop it."

What can artists do?

Online art theft is so epidemic that Etsy recognizes the problem and recommends that artists:

Her one request of fans is that they purchase prints, cards and ornaments directly from her at Jamie Morath Art or her Jamie Morath Etsy page and not other sites that are stealing her work and keeping all the profits.

She added that she may have to get lawyers involved if online thieves keep stealing the beloved dogs and cats that she has spent years working to perfect.

This story was originally published by WCPO's John Matarese

Don't Waste Your Money" is a registered trademark of Scripps Media, Inc.