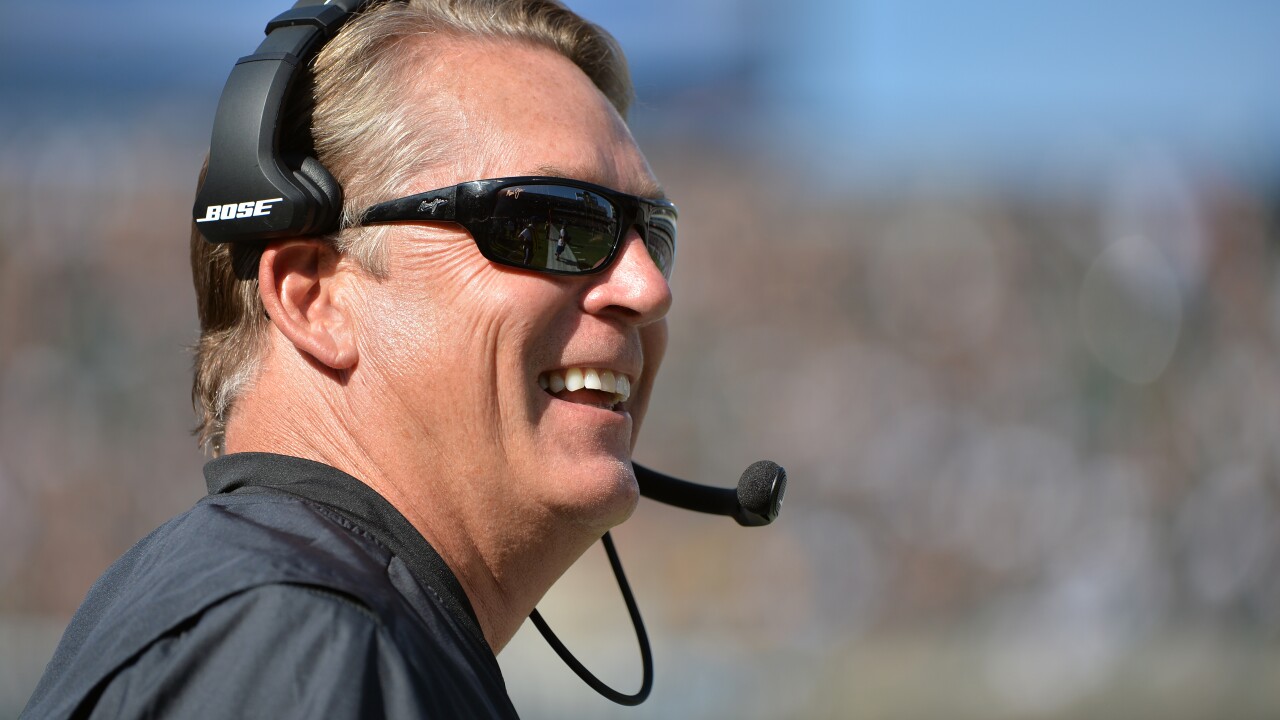 Del Rio brings 32 combined seasons of NFL experience to the role, including 21 as a coach and 11 as a player. Prior to being named the Redskins defensive coordinator, Del Rio held head coach and defensive coordinator roles with the Oakland Raiders (2015-17), Denver Broncos (2012-14), Jacksonville Jaguars (2003-11) and Carolina Panthers (2002). He has coached 28 players to a total of 56 Pro Bowl selections.

In 2016, Del Rio guided the Raiders to a 12-4 record, marking the franchise’s first 12-win season since 2000. The Raiders earned a postseason berth for the first time since 2002 and landed an NFL-high seven players on the AFC Pro Bowl squad. Two Raiders earned spots on the Associated Press All-Pro First Team and DE Khalil Mack was named Defensive Player of the Year. Del Rio was selected as the recipient of the Maxwell Club’s Greasy Neale Professional Coach of the Year Award. In addition, he was named the AFC Coach of the Year by Kansas City’s Committee of 101.

During his tenure with the Denver Broncos from 2012-14, Del Rio was part of three-straight AFC West titles and helped lead Denver to an AFC Championship and appearance in Super Bowl XLVIII following the 2013 campaign. In 2012, Denver’s defense finished as the NFL’s second-ranked unit (290.8 yards per game), after finishing the previous season ranked 20th in the league.

Prior to joining the Broncos, Del Rio spent nine seasons at the helm in Jacksonville. During his head coaching tenure (2003 to 2011) with the Jaguars, the club ranked sixth in the NFL in yards per game allowed (317.3) and eighth in points per game allowed (20.3). Under Del Rio, the Jaguars made two playoff appearances in 2005 and 2007, highlighted by the club’s first postseason win in eight seasons with a 31-29 road victory against the Pittsburgh Steelers in a 2007 AFC Wild Card Game.

During his lone season as a defensive coordinator with Carolina in 2002, he inherited the NFL’s worst defense statistically (371.4 yards per game allowed) and turned it into the league’s second ranked unit (290.4 yards per game allowed). As linebackers coach for the Baltimore Ravens from 1999-2001, Del Rio tutored a talented group that included Peter Boulware, Ray Lewis and Jamie Sharper. The group finished with a 35-19 record including two playoff appearances, an AFC Championship and a championship in Super Bowl XXXV.

A veteran of 11 seasons as an NFL linebacker, he was selected in the third round (68th overall) of the 1985 NFL Draft by New Orleans and went on to make the NFL’s All-Rookie Team and earn the Saints’ Rookie of the Year award. For his career, he played 160 games in the regular season and totaled 1,078 tackles, 12 sacks and 13 interceptions.

Del Rio was a four-year starter at the University of Southern California, where he earned consensus All-American honors as a senior and was runner-up for the Lombardi Award, given to the nation’s best lineman or linebacker. A standout catcher on the USC baseball team, Del Rio was drafted by the Toronto Blue Jays in 1981. He was inducted into the USC Athletic Hall of Fame in May 2015.

Del Rio was a three-sport star in football, baseball and basketball at Hayward High School in Hayward, Calif. Born on April 4, 1963, in Castro Valley, Calif., Del Rio and his wife, Linda, have three daughters, Lauren, Hope and Aubrey, and a son, Luke.