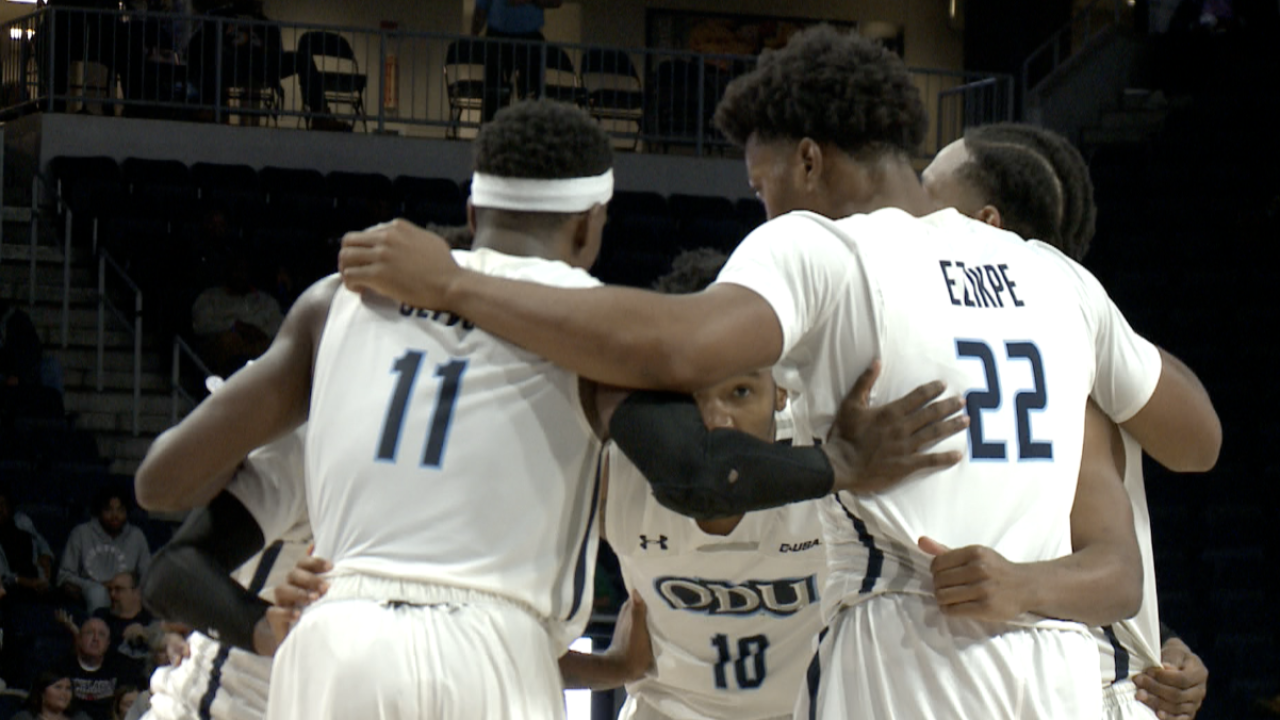 Jason Wade poured in a career-high 21 points on 9-13 shooting from the floor, to compliment nine rebounds, four steals, three assists and one block. A.J. Oliver followed with 19 points (8-8 FT), six rebounds and one steal. Also in double-figures for ODU was Xavier Green, who went for 14 points, five rebounds and one assist. Kalu Ezikpe finished with eight points and a game-high 12 rebounds, one assist and one block. Malik Curry chipped in eight points (6-6 FT), four rebounds and two assists.

“For much of the game, I thought we played very good basketball,” explained ODU head coach Jeff Jones. “I loved our energy and I loved how engaged we were. I think a telling stat was our big advantage in the rebounding department against a bigger and more athletic team. I am thrilled to get the victory, but we can still work on the less intelligent plays that we made down the stretch.”

The Monarchs claimed a 35-17 at halftime, behind a half-high 14 points from Wade. Oliver II followed with eight points, while Green chipped in seven points. Ezikpe hauled down a half-high seven rebounds. ODU’s defense held the Blue Raiders to 20% (6-30) shooting from the floor and 21% (4-19) shooting from deep in the opening 20 minutes.

Old Dominion will be back in action on Saturday, Jan. 4, when the Monarchs welcome UAB to Chartway Arena for a 7:00 p.m. ET tip. Saturday night’s game will stream on ESPN+ and air across the ODU Sports Radio Network, with Ted Alexander and Dave Twardzik’s live pregame show beginning at 6:30 p.m.