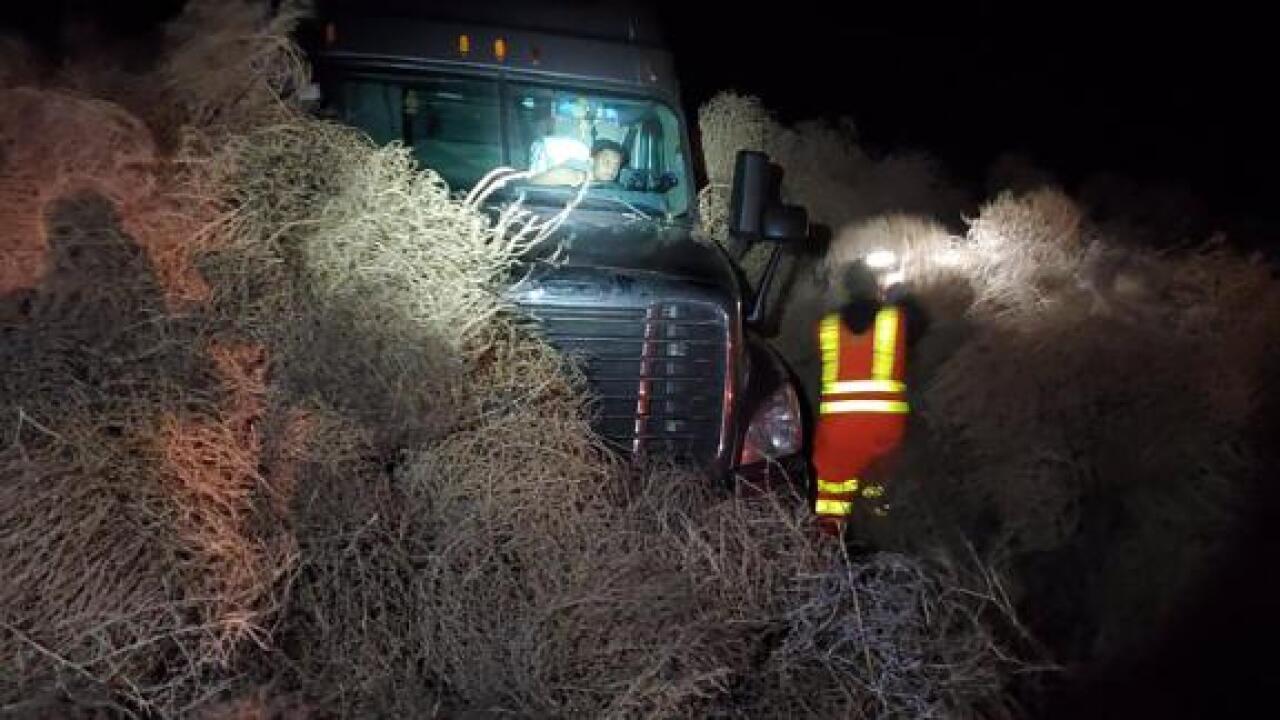 This is probably not the way motorists in Washington state wanted to spend their New Year’s Eve.

Blustery winds blew a thicket of tumbleweeds onto a Washington state highway, leaving people trapped in their cars on New Year’s Eve.

Several people got trapped in their cars Tuesday after strong winds blew a thicket of tumbleweeds into a portion of a state highway, according to Washington State Patrol Trooper Chris Thorson.

Several vehicles and one semi truck slowed down because of low visibility and eventually came to a stop, Thorson said. Then they got covered in tumbleweeds, rendering them unable to proceed.

The piles of tumbleweeds were as high as 20 to 30 feet in some places, Thorson said, blocking SR 240 around mile post 10, about 20 miles west of Richland in the south-central part of the state.

Crews from the Washington state Department of Transportation worked through the night to help clear the roadway. The road was closed for about 10 hours and reopened around 4:30 a.m. on Wednesday, Thorson said.

One car was found trapped in the tumbleweeds after the sun rose, but it had been abandoned by its driver, he said. No injuries were reported.

“A pretty incredible sight from SR 240 where tumbleweed closed he road for 10hours last night,” the Washington State Department of Transportation East tweeted. “Big thanks to our crews who worked through the night to clear roadway.”