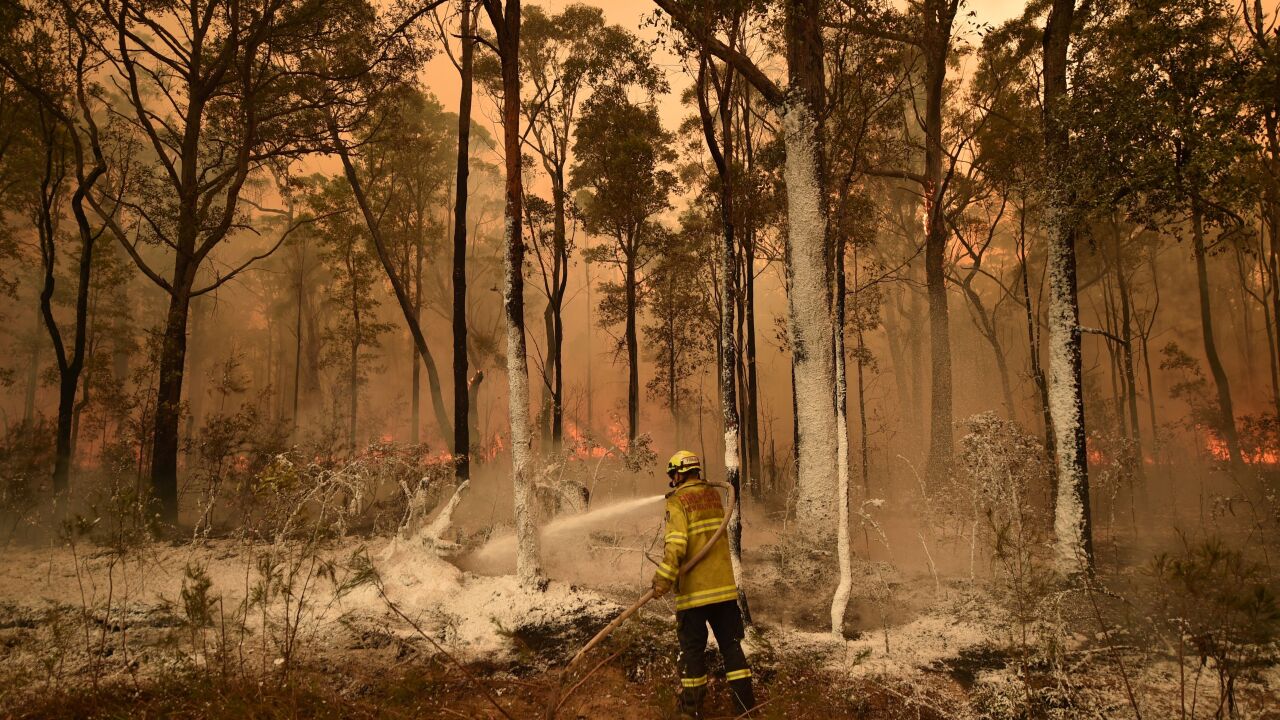 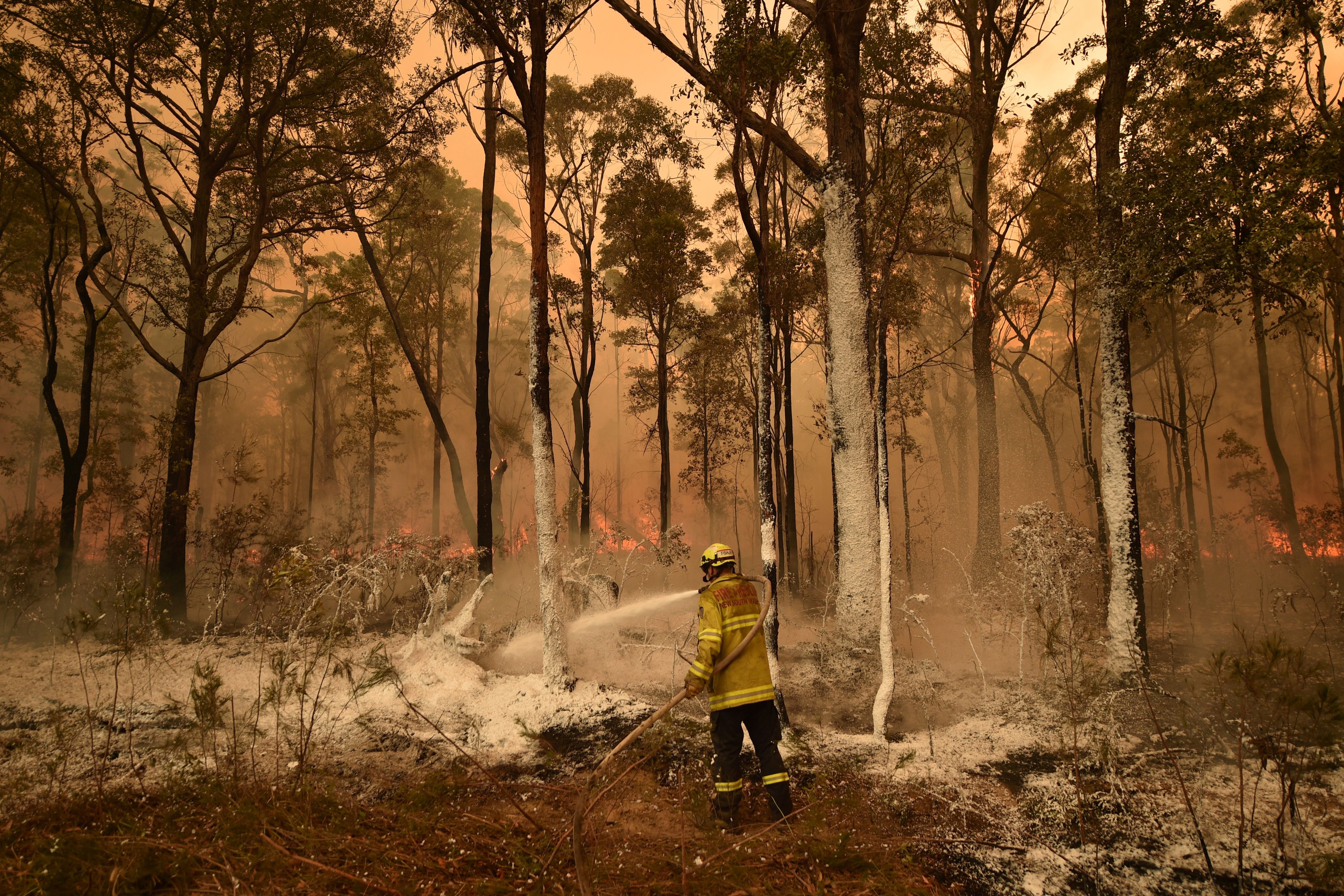 Seven people have died in the past 24 hours in the Australian state of New South Wales as blazing wildfires continue to tear through bushland and towns.

NSW police confirmed on Wednesday afternoon that three people had been found dead due to fires along the south coast, adding to four deaths that had been reported Tuesday.

Among the victims are a 63-year-old man and his 29-year-old son, who had stayed to defend their home from the flames in the rural township of Cobargo.

There are also people unaccounted for, including a man whose house burned down in Lake Conjola, in southern NSW.

With weather conditions forecast to worsen significantly at the weekend, authorities have warned holiday-makers to get out of large areas along the state’s southern coast in the coming days.

A “Tourist Leave Zone” has been established through swaths of New South Wales, from Batemans Bay down to the Victoria border.

The Rural Fire Service is urging all visitors there to flee before Saturday, when temperatures above 40 degrees Celsius (104 degrees Fahrenheit), dry conditions and ferocious winds are expected to heighten the risk of further deadly blazes.

The past few days have seen fires intensify across the state, whipped up and spread far by strong winds. As of Wednesday there are 112 fires burning across the state and more than 2,500 firefighters on the ground, according to the NSW Rural Fire Service (NSWRFS).

Fires are also burning in the neighboring state of Victoria, where lightning strikes in drought-hit bushland sparked rapid blazes that forced one town’s residents to flee their homes and seek refuge at the beach Tuesday.

Related: Thousands of Australian residents had to take refuge on a beach as wildfires raged

The nationwide death toll has been climbing as state and federal authorities struggle to bring the fires under control. A volunteer firefighter in NSW died on Monday, and two other NSW firefighters died earlier in December.

Every state in Australia has been hit by the fire season, one of the worst in decades, but NSW has been hardest hit — fires have burned more than 3.6 million hectares of land statewide since July.

Some of the devastation is occurring in national parks and forests, but the fires have also ripped through towns and sparsely populated areas — so far, 916 homes have been destroyed and another 363 damaged, according to the NSWRFS.

Authorities in NSW are working to fight the flames, conduct search and rescue operations, clean up destruction, and assist affected residents.

It’s not just that fires are burning through land and destroying homes — they have also caused a host of dire infrastructure issues. In some places, communication services and power have been cut, and roads have been closed, isolating entire towns from much-needed resources.

“There is no magic solution,” said NSW Police Deputy Commissioner Gary Worboys on Wednesday, warning that safely restoring services was a complex operation. “There is no magic wand to wave across this and fix it in a short amount of time.”

Weather conditions are expected to improve in the coming days, which may help the firefighting efforts — but will worsen again by the end of the week.

“We’ve got a lot of fire in the landscape that we will not contain,” said NSWRFS Deputy Commissioner Rob Rogers on Wednesday, adding that authorities are working on evacuating those in threatened areas. “We need to make sure that people are not in the path of these fires.”