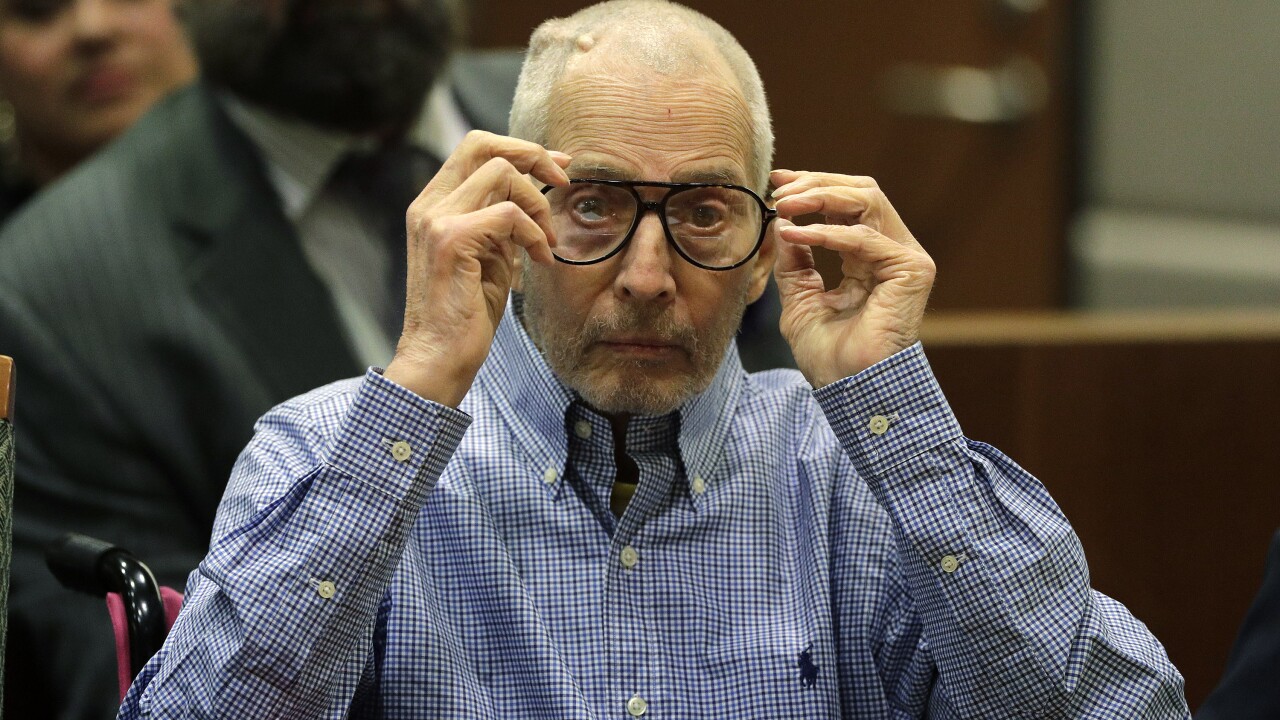 Real estate tycoon Robert Durst is indeed the author of the anonymous note that alerted police to the location of the body of a close friend he is accused of killing almost 20 years ago, according to his attorney.

Durst, 76, is expected to stand trial on a murder charge next month for allegedly shooting Susan Berman in the head at her Beverly Hills home on December 23, 2000. He has pleaded not guilty.

She was scheduled to speak hours later with police about the 1982 disappearance of Durst’s first wife. Berman’s body was found the next day.

In addition to confirming that Durst wrote the note, his attorneys continue to maintain that he is innocent.

In 2018, a Los Angeles County Superior Court judge ruled admissible statements Berman made about allegedly helping Durst build an alibi for the death of his wife, Kathleen McCormack Durst, according to prosecutors.

Durst has long said he had nothing to do with his wife’s disappearance. She was legally declared dead in 2017. Her body has not been found and no one has been charged in that case.

In a court filing in Los Angeles last week, lawyers for the real estate magnate acknowledged that Durst penned an anonymous note leading police to Berman’s home, where his longtime friend’s body was found.

“I can confirm the stipulations in the filing are true,” said Durst’s attorney Dick DeGuerin, referring to the joint filing by prosecutors and defense lawyers of stipulations agreed to by both sides before trial.

“This does not change the fact that Bob Durst did not kill Susan Berman and he does not know who did.”

In the filing, made on Christmas Eve and first reported by The New York Times, Durst’s attorneys said their client authored a cryptic note with Berman’s address and the word “cadaver” — which led police to her body.

In the 2015 HBO documentary “The Jinx,” the onetime tycoon said the letter could only have been sent by Berman’s killer.

Defense lawyers have previously denied Durst wrote the note, and they had tried to exclude from trial handwriting evidence about it.

Berman’s death is not the first in which Durst has faced trial. In 2003, Durst told police he killed and dismembered a neighbor in Galveston, Texas, two years earlier. He said he shot the man and cut him up in a panic. Prosecutors said he wanted to steal the man’s identity and escape the investigation of his wife’s disappearance.

Durst testified the killing was in self-defense, that he panicked and decided to cut up Morris Black’s body and throw away the pieces. He was acquitted.

“I could understand Durst’s panic,” juror Joanne Gongora said after Durst’s acquittal in 2003.

Though acquitted of murder, Durst later served nine months in prison on felony weapons charges stemming from the Texas case.

In 2015, Durst was accused of killing Berman, a crime writer who had been his close friend. When authorities arrested Durst in a New Orleans hotel, he had a .38-caliber revolver. He later pleaded guilty to one charge of being a felon in possession of a firearm.

Prosecutors in 2015 said he’d been preparing for a life on the lam.

At the time, DeGuerin told the Los Angeles Times he believed the arrest was deliberately timed to the HBO documentary’s finale.

“Do I think this is a coincidence? Hell, no,” he said. “There has been rumor, innuendo and speculation for a number of years, and now we’re going to get our day in court on this.”

At the end of “The Jinx,” Durst is overheard on a microphone he apparently did not realize was on. “What the hell did I do?” he says. “Killed them all, of course.”

If convicted in Berman’s death, he could be sentenced to life in prison without possibility of parole, authorities said.

Durst amassed his fortune from his family’s real estate business, the Durst Organization, which owns a number of high-profile buildings in Manhattan.

McCormack, his first wife, was on her way to medical school in New York when she vanished in 1982.