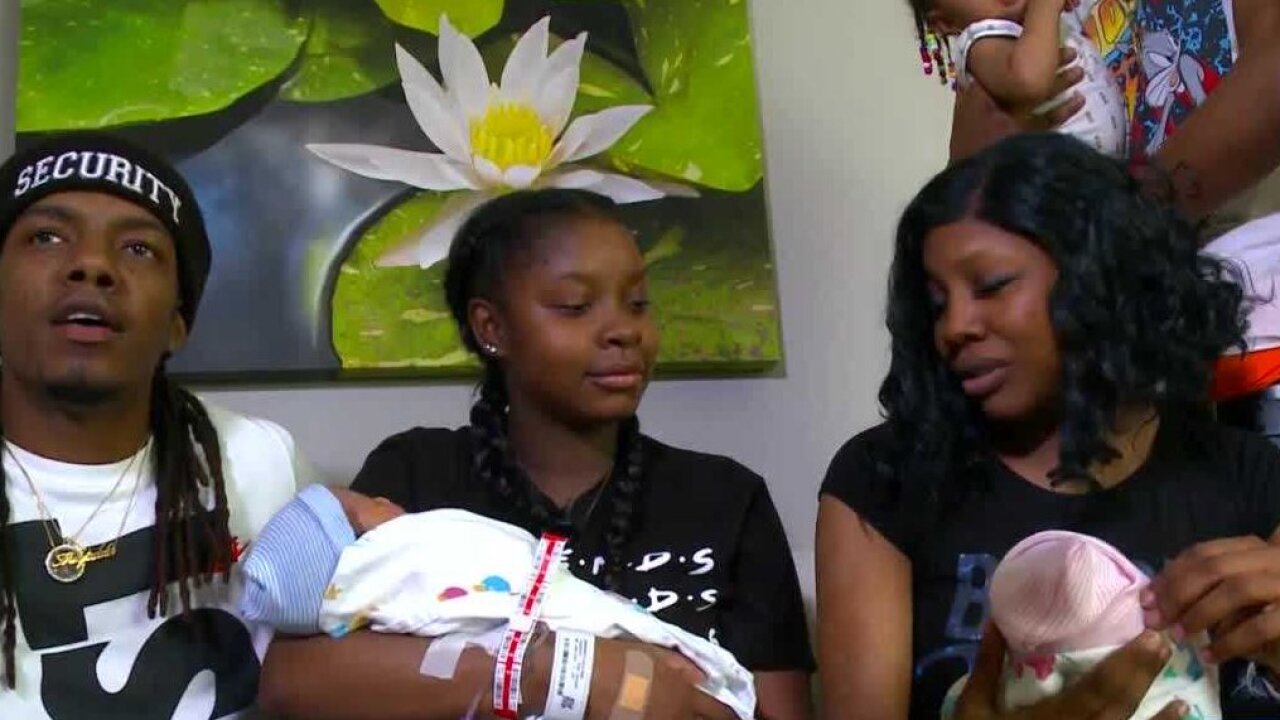 There is a six-year age difference between Marberry and Jones, but JaFaye and Khepri were born 10 minutes apart.

Marberry arrived at MercyOne first with Jones there to support her.

“My sister’s like, ‘Just breathe. Just breathe,’ and she left, and she called my mom crying,” Marberry said.

Jones said she unintentionally stole some of her sister’s thunder by going into labor at the hospital.

“(JaFaye) was coming, so I couldn’t stop it any longer,” she said. “I actually beat (Marberry).”

The babies had different due dates and came a little early.

“I’m in pain, dying, and I hear my mom (say), ‘Her water just broke. Your sister’s water just broke,'” Marberry said. “It’s like, ‘Oh my God! I want to be excited, but the pain is too much for me to be excited.’ So, I’m still trying to think about pushing my baby out.”

The coincidences don’t stop with the dual labors.

“They’ll be close,” Jones said. “They all have the same birthday, so I can just say it wasn’t planned but she had plans of her own.”

The moms said each Dec. 29 will be one big birthday party.