Golden retrievers rescued from slaughterhouses start off 2020 with their lives 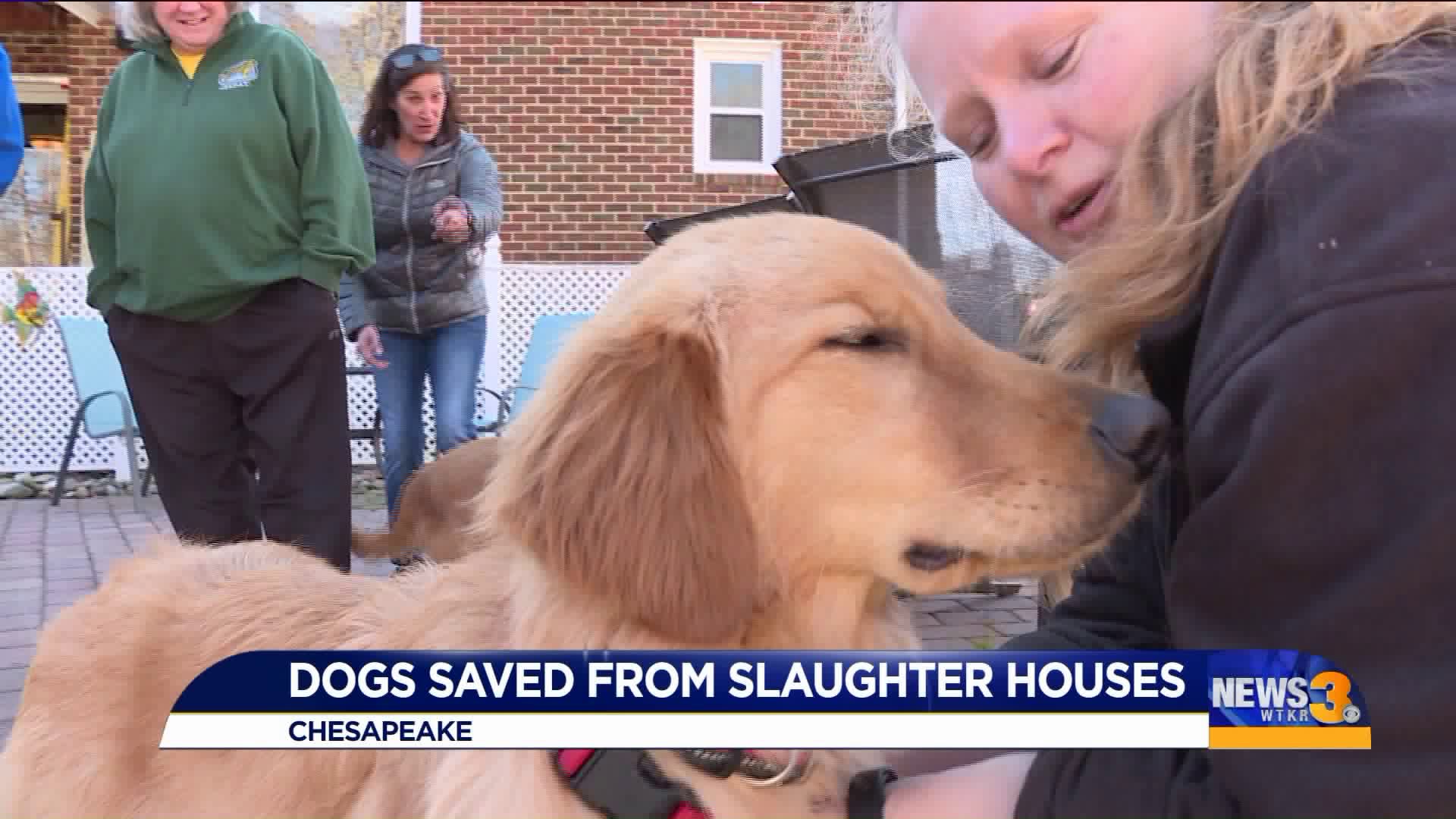 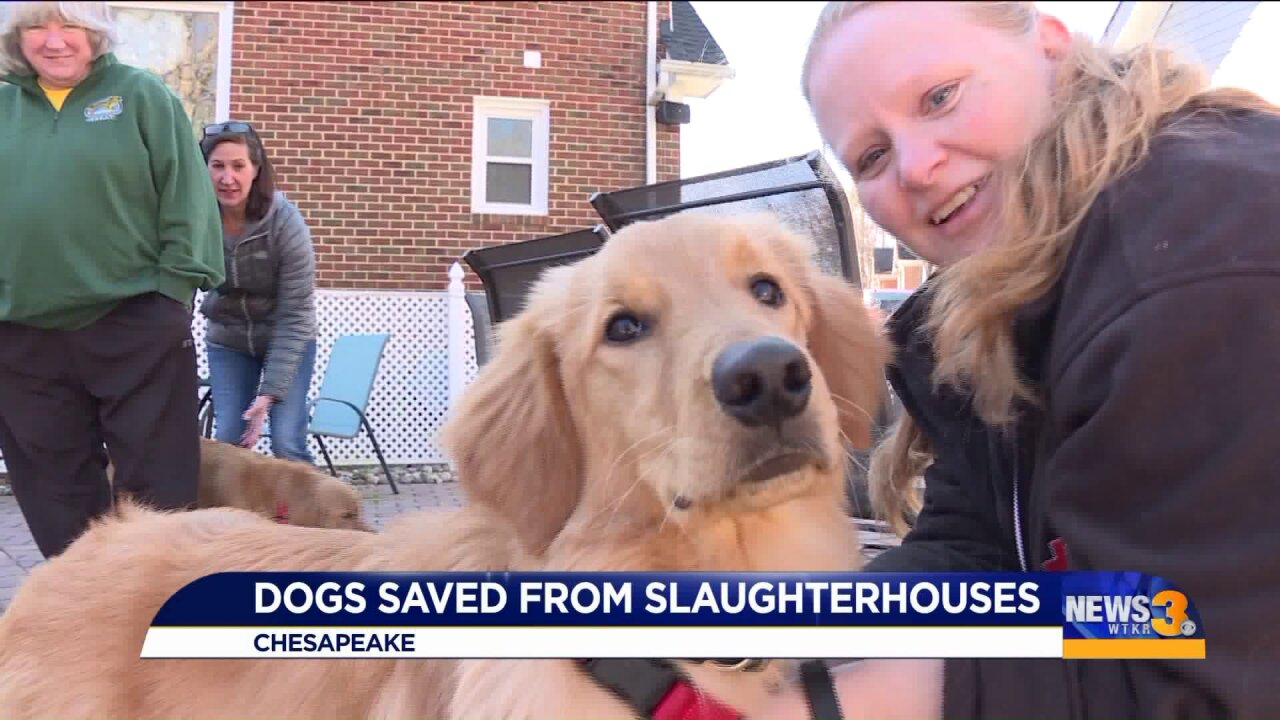 CHESAPEAKE, Va. -- As revelers start off 2020 with New Year's resolutions, four golden retrievers are starting off with new homes, new owners and their lives. These dogs were rescued from slaughterhouses in China.

They were brought over with help from the Southeastern Virginia Golden Retriever Rescue, or SEVA GRREAT.

“It’s a very tragic situation looking at pictures and videos of what the dogs do go through over there," Susan Stanitski, a volunteer with the group, said.

They worked with animal rescue coordinators in China to bring those dogs to the United States. Those coordinators recorded the dogs in cages on a truck being and transported to a slaughterhouse. SEVA GRREAT and the coordinators worked on getting clearances for the dogs so they could make the trans-pacific trip.

“They had a nice, long flight from Beijing over to JFK, about a 17-, 18-hour flight," Stanitski said. "We picked them up from JFK and then brought them back here."

Organization members traveled to New York City just before Christmas to pick up the dogs at John Fitzgerald Kennedy International Airport. They then made the trip back to Hampton Roads.

The new owners said the dogs are getting acclimated to their new lives in the United States in the week and a half they have been here. They added that there is still some training that needs to be done.

One of those golden retrievers is 6-month-old Ranger. His owner, Karin Pettinger, said she is teaching him about toys, using the stairs and getting in and out of a car.

"To watch him sort of discover all of these new things that dogs in the United States take for granted and are taught to do as little, tiny pups," Pettinger explained, "he’s still learning his way around and figuring out how to be a dog.”

Another retriever, Ashley, has settled in more quickly, according to her owner, Susan Kenter.

“She has adjusted really well," Kenter said. "She’s fantastic, she loves people, she loves other dogs and she’s really happy here today, I think, playing with a bunch of other golden retrievers.”

The dogs spent New Year's Day morning running around a backyard with each other. Their running around suggested they have adapted to this setting from that of a cage.

“I would imagine that their fate would be in the slaughterhouse and probably on someone’s plate at some point," Stanitsky said.