US Army bans soldiers from using TikTok over security worries 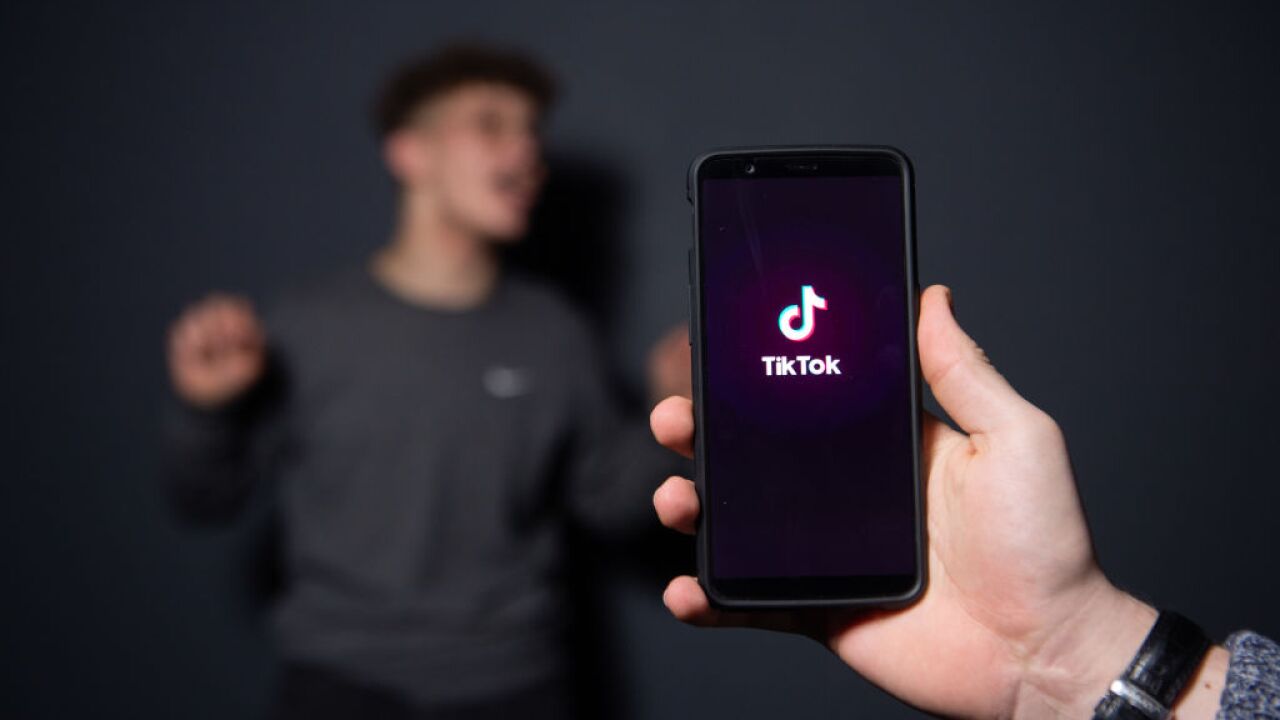 An AFP collaborator poses for a picture using the smart phone application TikTok on December 14, 2018 in Paris. – TikTok, is a Chinese short-form video-sharing app, which has proved wildly popular this year. (Photo by – / AFP) (Photo credit should read -/AFP/Getty Images)

The US Army has banned the use of the hugely popular short video app TikTok by its soldiers, calling it a security threat.

The Army has joined the Navy in barring the use of the app on government-owned phones, following bipartisan calls from lawmakers for regulators and the intelligence community to determine whether the Chinese-owned app presents a threat to national security and could be used to collect American citizens’ personal data. Military.com was the first to report on the decision.

“There was a Cyber Awareness Message sent out on 16 December identifies TikTok as having potential security risks associated with its use,” Army spokesperson Lt. Col Robin L. Ochoa told CNN on Monday night. “The message directs appropriate action for employees to take in order to safeguard their personal information. The guidance is to be wary of applications you download, monitor your phones for unusual and unsolicited texts etc., and delete them immediately and uninstall TikTok to circumvent any exposure of personal information.”

Reuters reported that the Navy also made a similar decision in mid-December, telling sailors that anyone who hadn’t removed the app from their government-issued phone would be banned from the Navy intranet.

TikTok is not the only Chinese tech giant to raise US suspicions — wireless company Huawei has earned the criticism of the Trump administration, which has campaigned worldwide against the use of Huawei equipment, citing the company’s ties to Beijing. But Huawei isn’t the viral phenomenon that TikTok has become, capturing millions of teens and adults with its ability to create and share short videos set to catchy music.

The two-year-old app has been downloaded over 750 million times in the past year, according to The New York Times, citing figures from the app analytics firm Sensor Tower. That’s tens of millions more downloads than for Facebook, Instagram, YouTube and Snapchat over the same period. And it reflects a 33% jump in downloads of TikTok compared to the year prior, Sensor Tower told CNN in November.

Sens. Chuck Schumer, a New York Democrat, and Tom Cotton, an Arkansas Republican, called on the US intelligence community to assess TikTok’s national security risks in October, saying the app could be used to spy on US citizens. Other lawmakers, including Florida Republican Sen. Marco Rubio, have raised concerns that TikTok has censored Hong Kong-related content.

The lawmakers argued that because TikTok’s parent company ByteDance is based in China, TikTok could be forced “to support and cooperate with intelligence work controlled by the Chinese Communist Party.” The senators added in their October letter to the acting Director of National Intelligence Joseph Maguire that “there is no legal mechanism for Chinese companies to appeal if they disagree with a request.”

TikTok responded with a statement, saying that it stores all US user data in the United States and backs it up in Singapore.

“Our data centers are located entirely outside of China, and none of our data is subject to Chinese law,” the company said at the time. “Further, we have a dedicated technical team focused on adhering to robust cybersecurity policies, and data privacy and security practices.”

TikTok further riled lawmakers in November, when executives from the company refused to appear before a congressional committee examining the tech industry’s relationship to China.

After being called to appear before the Senate Judiciary Committee’s crime and terrorism panel, TikTok said in a statement that “unfortunately, on short notice we were unable to provide a witness who would be able to contribute to a substantive discussion.”

“We remain committed to working productively with Congress as it looks at how to secure the data of American users, protect their privacy, promote free expression, ensure competition and choice among internet platforms, and preserve US national security interests,” the company statement said.

The TikTok refusal “only underscores Senator Cotton’s concerns that the company is beholden to the Chinese Communist Party and will not secure the rights and privacy of its American users,” the Arkansas Republican’s office said in a statement.

Missouri Republican Sen. Josh Hawley, a major tech critic who was leading the hearing, called TikTok’s decision a “mistake,” and tweeted an invitation to the company to “come and testify tomorrow about your ties to Communist Chinese Party. I’ll save a place for you.”

Hawley has fretted over what he has said is a willingness by tech companies to cooperate “with foreign adversaries … leaving our data vulnerable to malevolent actors.”

Earlier in the year, TikTok agreed to pay a $5.7 million fine in the US to settle allegations it illegally collected personal information from children under the age of 13, including names, email addresses and their locations.

The US Federal Trade Commission said in a February 27th statement that the TikTok fine set a record for a child privacy case. The fine related to Musical.ly, a video-sharing app that TikTok’s parent company ByteDance bought in 2017 and merged with TikTok in August.

The Committee on Foreign Investment in the United States has launched a national security review of ByteDance’s $1 billion purchase of Musical.ly in November, according to Reuters.