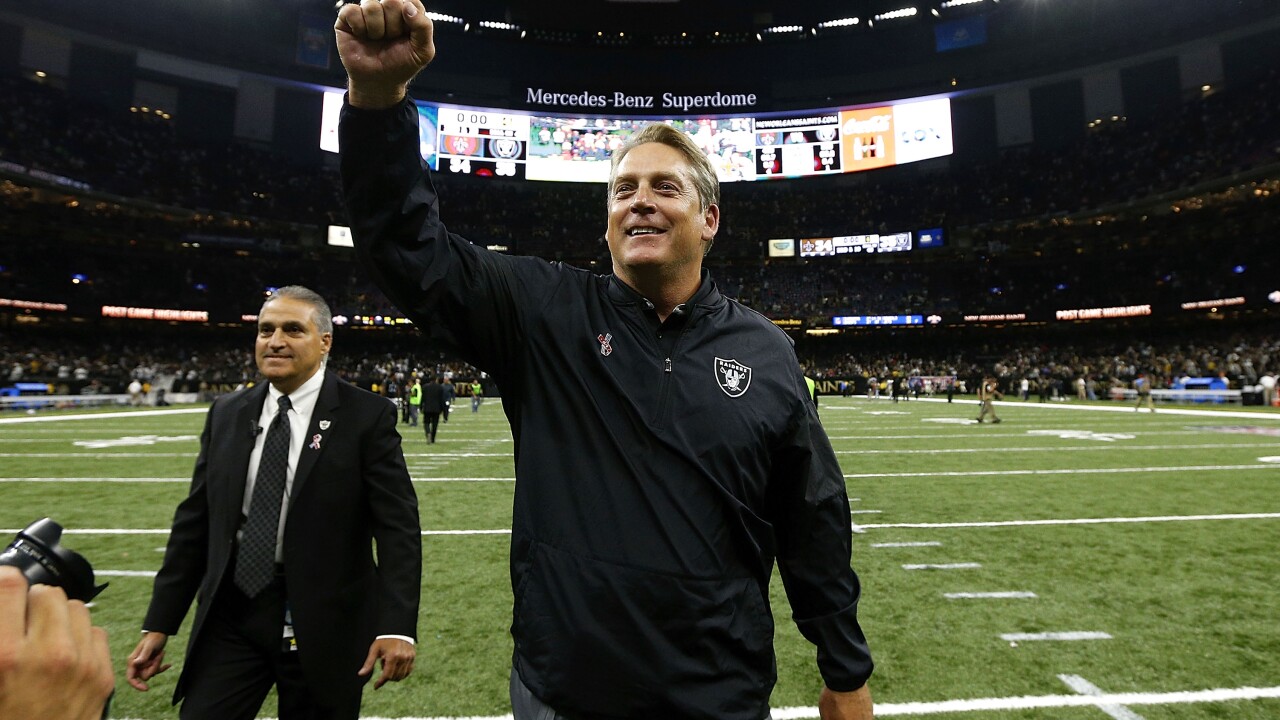 LOUDOUN COUNTY, Va. – With Ron Rivera in the fold as the team’s new head coach, Washington’s bench boss has reportedly started to eye assistant coaches for the 2020 season. According to ESPN’s Adam Schefter, Jack Del Rio is the leading candidate to become Rivera’s defensive coordinator with the Redskins.

The 56 year-old, who played 11 NFL seasons as a linebacker for the Saints, Chiefs, Cowboys and Vikings, has been either a head coach or defensive coordinator in the NFL for 16 seasons. Seven of those years, Del Rio’s defense has been ranked in the top 10 in the league in total yards.

Del Rio last coached in 2017, his third and final season as head coach of the Oakland Raiders. Prior to that, he spent three seasons as defensive coordinator for the Denver Broncos. During that stint, Del Rio helped the Broncos reach Super Bowl XLVIII.

Like Ron Rivera, Del Rio began his NFL coaching career in 1997. While Rivera was a defensive quality control coach for the Chicago Bears – his former team, Del Rio worked as a strength & conditioning coach for Mike Ditka’s New Orleans Saints. Following two seasons in New Orleans, Del Rio coached linebackers for the Baltimore Ravens from 1999 to 2001 – during which the Ravens won Super Bowl XXXV vs. the New York Giants. After serving as the Carolina Panthers’ defensive coordinator in 2002, Del Rio was hired as head coach of the Jacksonville Jaguars in 2003 – a role he held through 12 weeks of the 2011 season.

Del Rio and Rivera have never worked on the same staff. That could soon change.