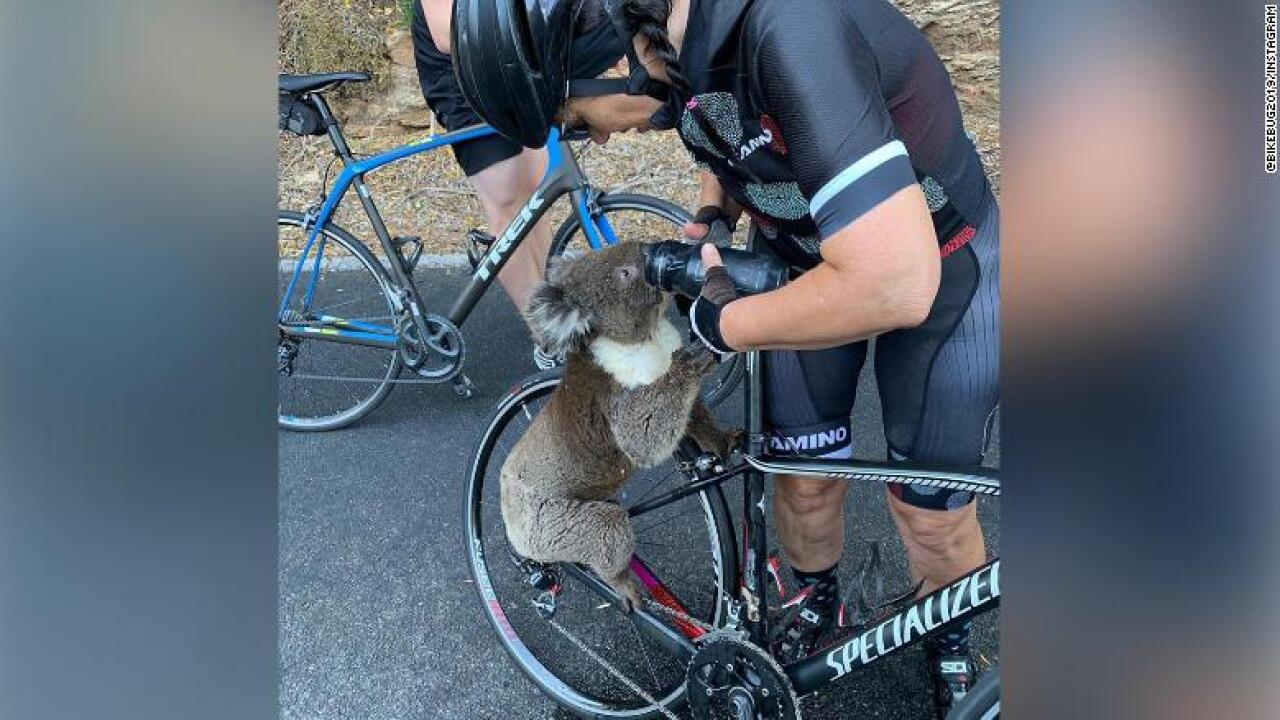 Anna Heusler was riding her bike down from the hills toward Adelaide, South Australia on Thursday with a group of cyclists when she saw a koala sitting in the middle of the road.

It wasn’t the first time Heusler had seen koalas out and about on the roads while riding — but this koala’s reaction amazed her.

“We stopped the bikes to help the koala get off the road otherwise they get hit by cars. But the koala walked up to me very quickly, he was obviously very thirsty,” Heusler told CNN.

“As I was giving him a drink from our water bottles, he climbed up into my bike. I’ve never seen a koala move this quickly. They’re usually not people animals, they stay up on the trees and people admire them from afar.”

When the koala had drunk from both Heusler’s and her partner’s water bottles, it was moved safely off the road.

Residents of several towns in the southeastern state of Victoria were urged to evacuate immediately as devastating wildfires continue to rage across the region.

“There’s nothing but tragedy in Australia. It’s burning out of control,” Heusler said. “I hope this episode helps spread awareness. The firefighters are the real heroes, not me.”