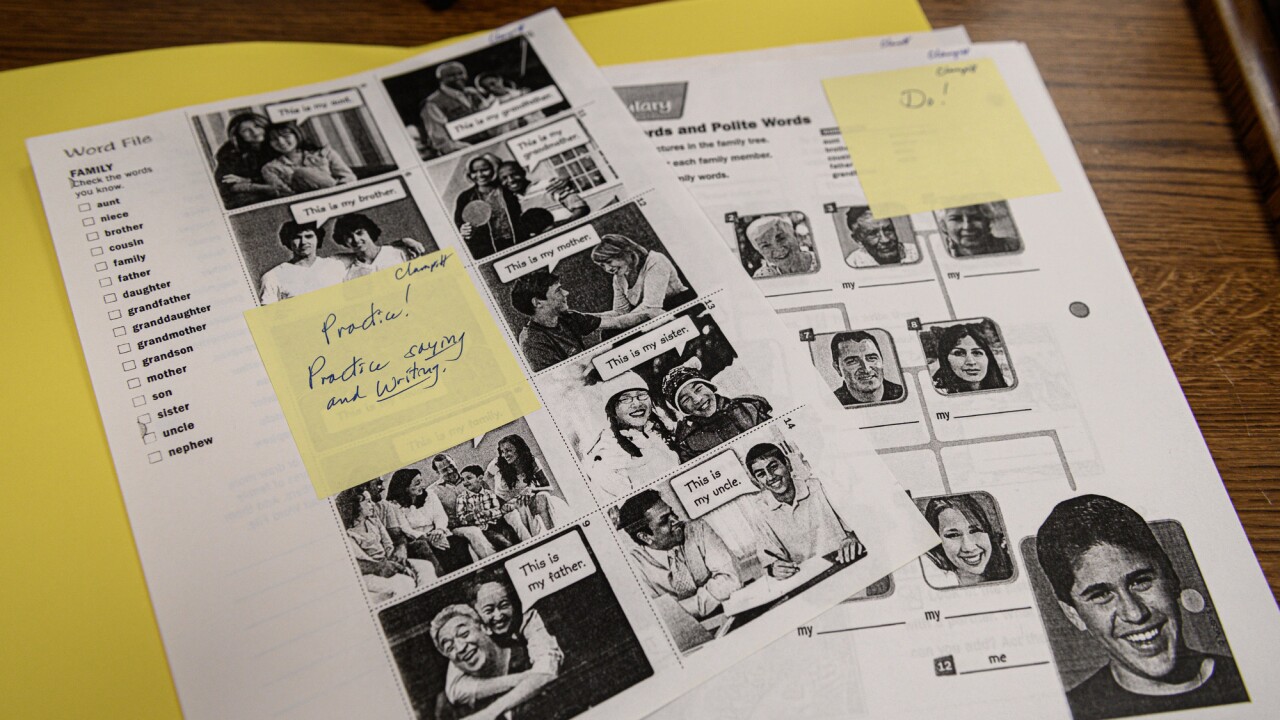 Sticky notes from Mario’s English teacher Mrs. Clampitt are stuck to worksheets that were sent to Mario. Written on the notes are “Practice! Practice saying and writing” and “Do!” (Photo by Will Lanzoni/CNN)

An immigration judge has granted asylum to a Connecticut high school student whose arrest sparked an outpouring of support from teachers and classmates.

After ICE detained 18-year-old Mario Aguilar, teachers sent him schoolwork so he wouldn’t fall behind and traveled to court hearings so he’d see a friendly face.

Students saved his seat, made “Free Mario” signs in the school’s print shop and rallied for his release.

The community at Wilbur Cross High School in New Haven, Connecticut, which CNN featured in a story earlier this month, has been anxiously awaiting a ruling in the case for weeks.

“The immigration judge granted asylum in Mario’s case, and we are thrilled with that result,” attorney Ben Haldeman said in an email.

But the teen remains detained. And it’s unclear when he’ll be released.

An Immigration and Customs Enforcement spokeswoman said the agency “does not comment on issues/claims/allegations not related to a detainee’s enforcement status without a signed privacy waiver from the individual.” According to the agency’s detainee locator, Aguilar is still being held at the Bristol County House of Corrections in North Dartmouth, Massachusetts.

ICE attorneys have 30 days after a ruling to tell a judge whether they’ll appeal. And if the agency does appeal, the student could remain detained for months longer, unless officials decide to release him while proceedings continue.

Ann Brillante, an assistant principal at Wilbur Cross, told CNN there’s no reason for officials to delay his release.

Instead of spending more time behind bars, Brillante said her student should be back in class.

“It’s urgent,” she said. “Every minute counts in terms of learning English and in terms of progressing towards graduation.” 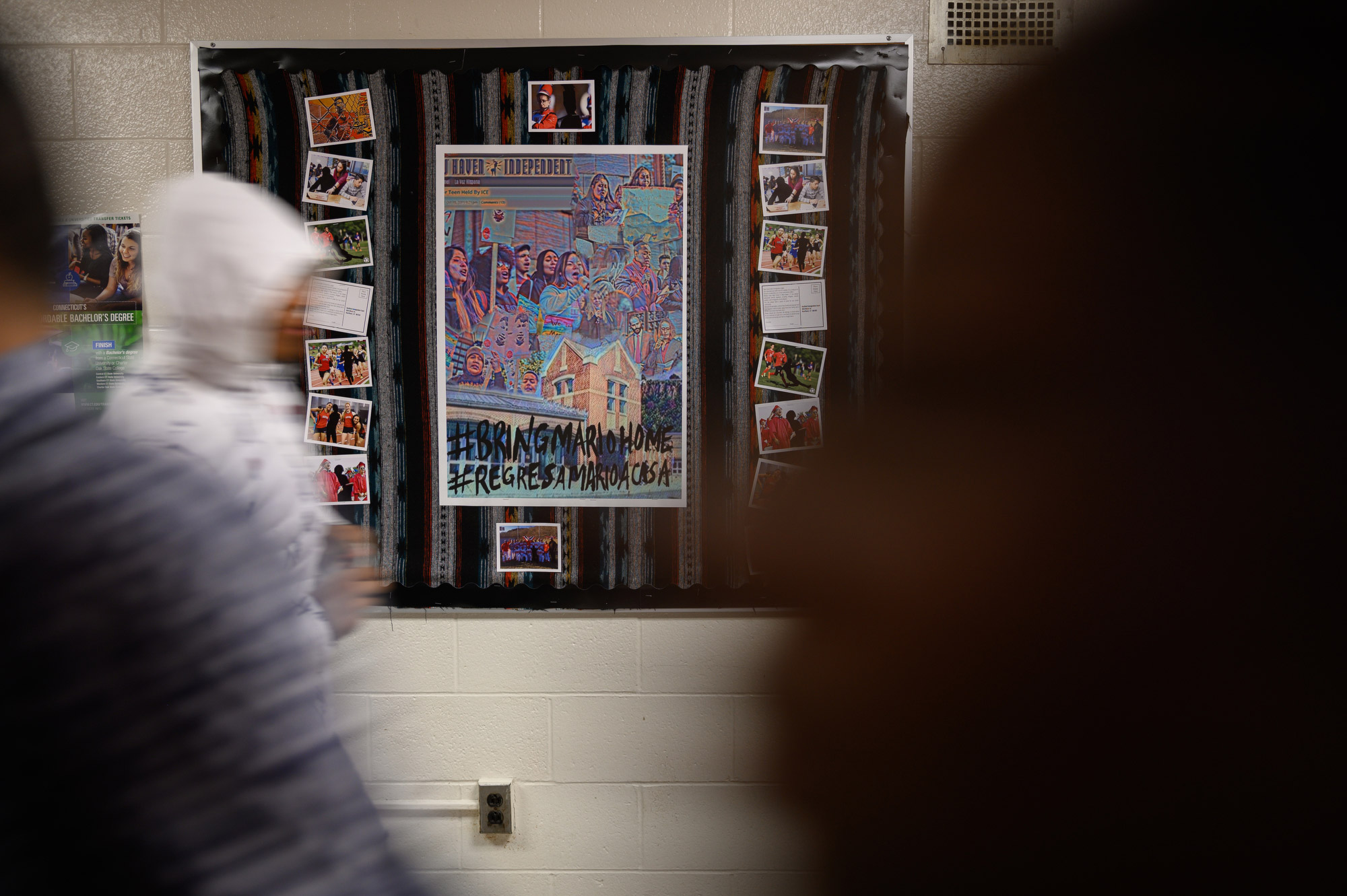 Related: Teachers tried to send homework to high school sophomore detained by ICE so he wouldn’t fall behind

Aguilar was born in Guatemala and came to the United States as an unaccompanied minor in 2018. His attorneys say he was fleeing persecution and seeking safety.

ICE deportation officers arrested him in September outside a Connecticut courthouse where he’d gone to face charges after a car accident, including driving under the influence, operating a motor vehicle without a license and failure to insure a private motor vehicle.

An ICE spokesman told CNN earlier this month that he’d been arrested for immigration violations and that removal proceedings were pending.

Advocates for Aguilar say he crashed into a parked car after his cell phone slid off the dashboard and he reached down to pick it up. They argue a sobriety test was never performed and the DUI charge wouldn’t have held up in court.

They’ve been pushing for months for ICE to release him, arguing he’s not dangerous or a flight risk — and deserves to return to his community and continue his studies.

Teachers told CNN they were devastated to learn recently that the homework they’d tried to send never made it to their student. An envelope filled with worksheets was returned to Aguilar’s attorney, stamped “Return to sender. Refused.” A handwritten note on the stamp said, “Unknown name” and “ID# required.”

Without being able to keep up with his schoolwork while detained, Aguilar is behind in his classes, Brillante said. But teachers are eager to get him back on track.

“When he gets back, he gets a clean slate,” she said.