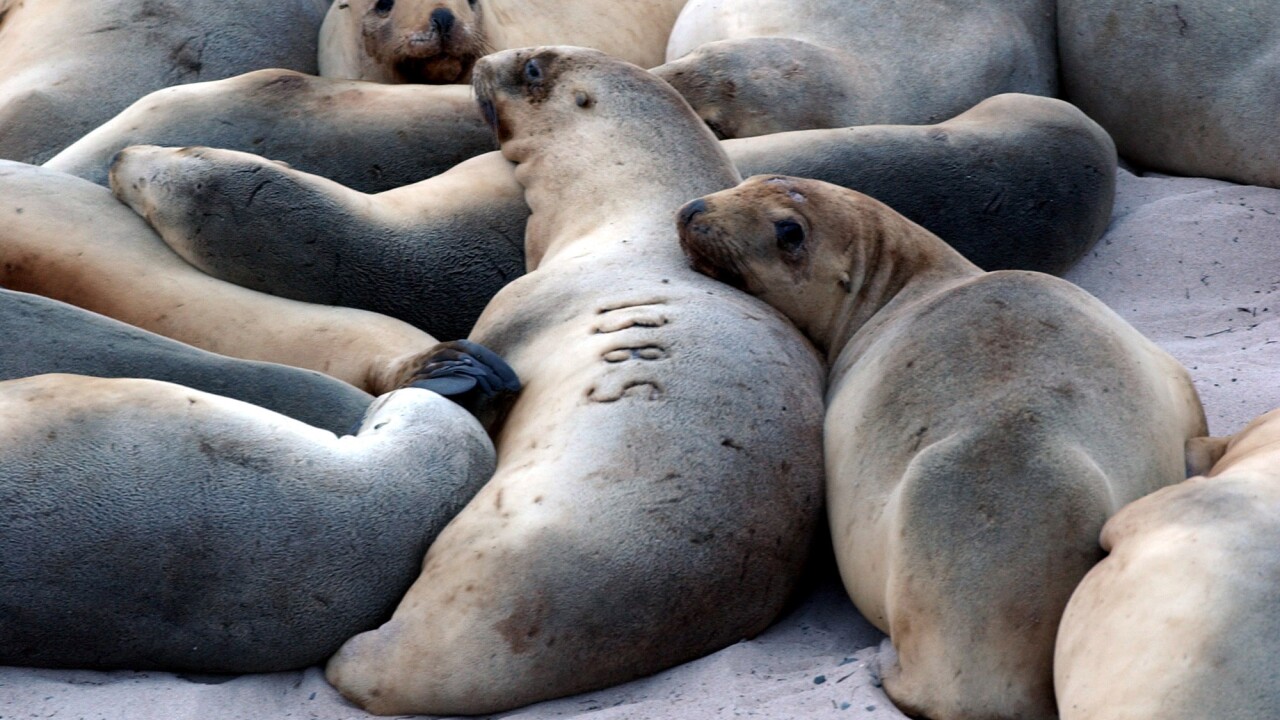 A New Zealand man who speared an endangered sea lion says he did it to protect his partner, adding: “It needed a stab. It will live.”

Matt Kraemer posted on Facebook that he and his partner were diving for paua — a type of abalone — on Friday when they encountered a “particularly aggressive” sea lion with “lion-sized jaws.”

“It actually climbed out of the water and threatened to attack on the beach,” Kraemer, who lives in the South Island city of Dunedin, said in the Facebook post. “I had to stab it with a spear to defend my terrified dive buddy!

“This was no ordinary playful sea lion. I poked it lots of times with no effect, it needed a stab. It will live.”

Kraemer’s partner, Jo Kraemer, told CNN that the sea lion was over 2 meters (6.6 foot) long, and continued to charge at them aggressively as they tried to swim away.

“I am aware that it is an endangered animal and we were in its habitat, and that free diving in the ocean is dangerous. We did not intend to hurt it, we just needed it to leave us alone so we could exit the water safely,” she said.

“It was scary,” she said. “Matt was just defending me. He had been very tolerant up to that point.”

Matt Kraemer wrote on Facebook that the stab wound, which was made in “self defense,” was about 8mm (a third of an inch) wide and 30mm (1.2 inches) deep.

New Zealand Police said Friday’s incident was not under investigation.

New Zealand’s Department of Conservation (DOC) said it could not comment on Friday’s incident.

“There’s a risk of imposing our own biases and fears when they’re not actually justified,” he told CNN in a statement. “Sea lions need space … they are not trying to attack humans, but want to protect their space.”

New Zealand Sea Lion Trust — a non-profit organization that promotes the conservation of the animals — said in a statement that it was “never OK to harm a sea lion because you’re scared.”

“While we can appreciate that this individual was scared and felt he was acting defensively, none of the behaviors demonstrated by the sea lion suggest aggression to us,” the trust’s chairwoman Jordana Whyte said in a Facebook post. “We do not condone this man’s response to typical curious sea lion engagement, though we do have empathy for how frightened he was.”

Whyte told CNN that sea lions are very inquisitive, and often use their mouths to explore divers’ bodies. She said that it was important for humans to learn how to interact with sea lions, and added that there were only about 300 of the creatures on mainland New Zealand.

The trust said people who encounter a sea lion in the water should ignore them and try to stay calm. “At the end of the day, you’re in their house,” the statement said.