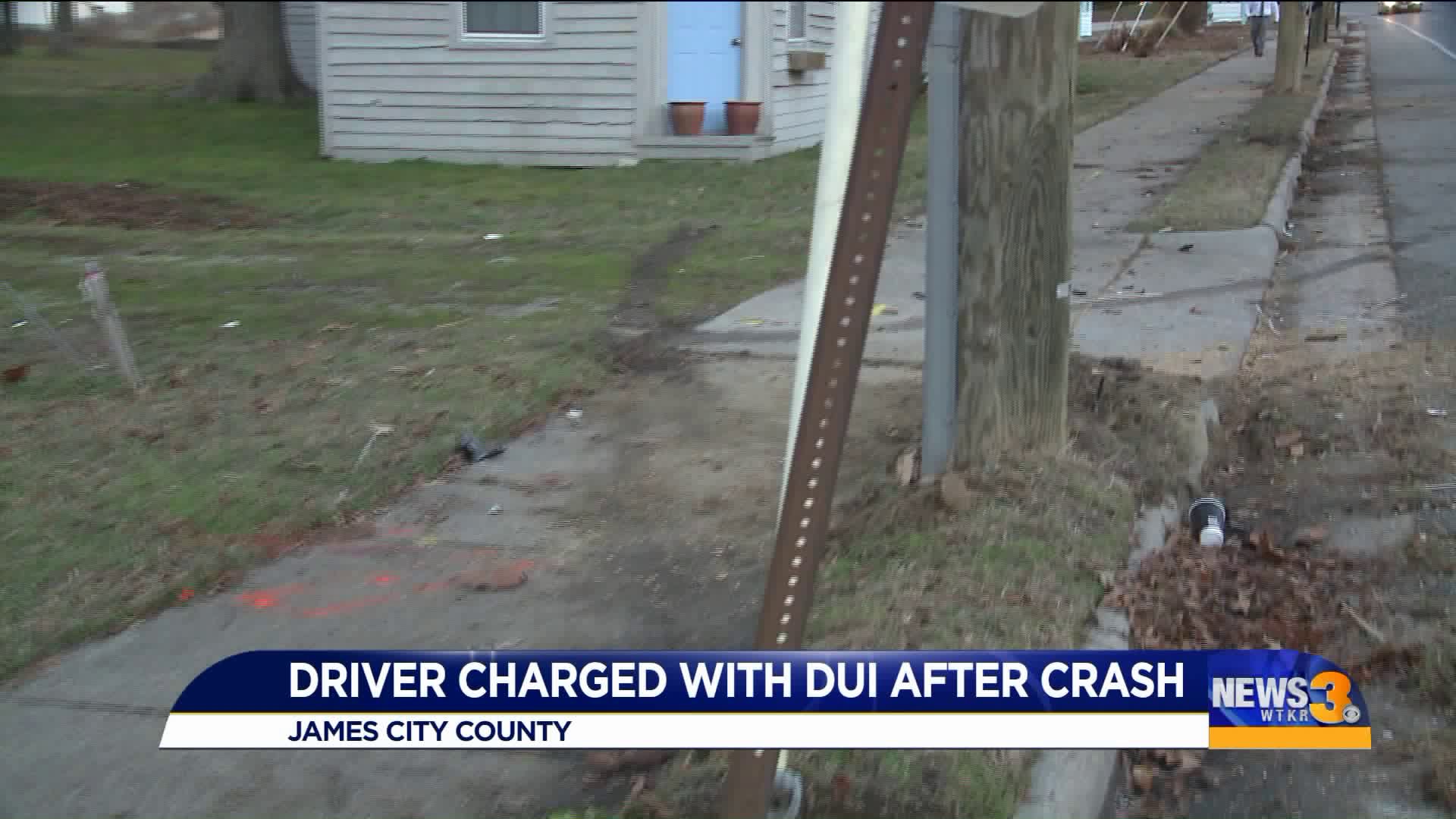 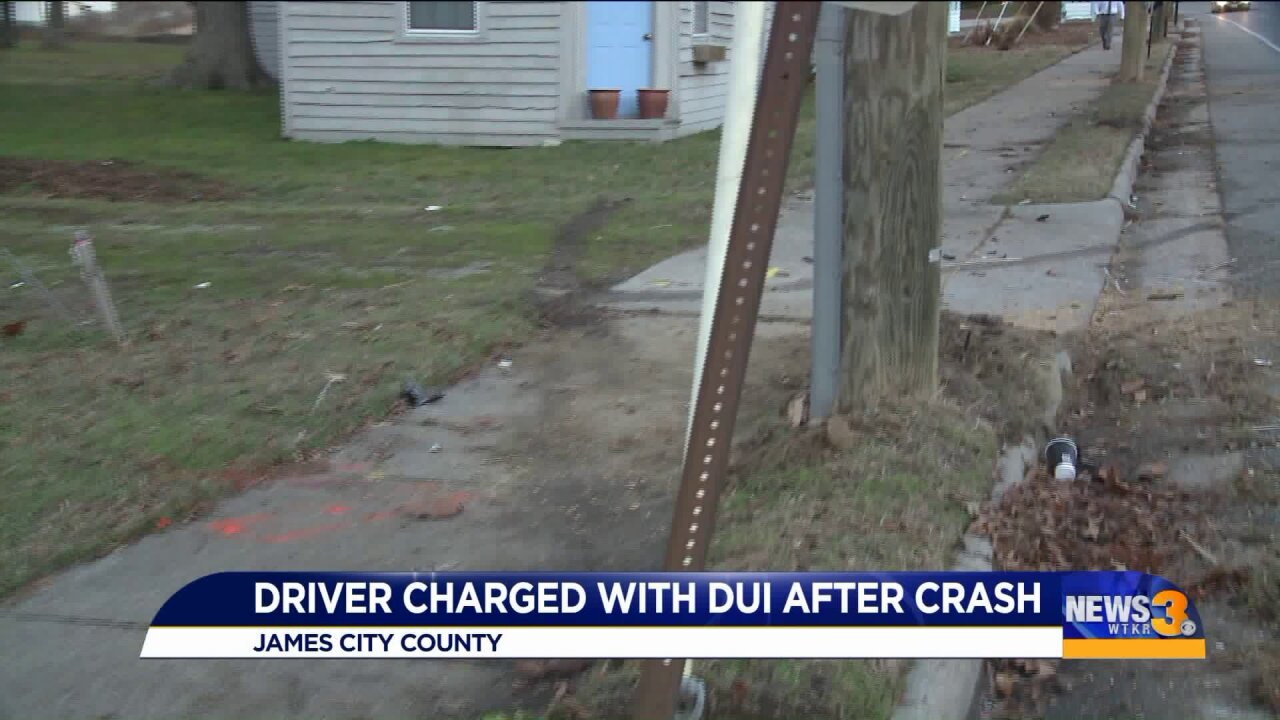 TOANO, Va. - A man driving a Cox work vehicle has been charged with a DUI after a Sunday night crash, the James City County Police Department announced.

The crash happened in the 7800 block of Richmond Road between Chickahominy Road and School Lane around 11:13 p.m. Sunday.

Earnie Hidgs, a local resident, said he heard the crash and its aftermath from his home across the street. To him, it "sounded like a bomb going off."

"I looked out and like, the town lit up, transformers blowing out," Hidgs said.

He then explained how the work vehicle was position.

"Right against the pole and the door was opened. I guess they run."

A preliminary investigation revealed that 46-year-old Scott Allen McKenney of Lancaster was driving the work van west on Richmond Road when the vehicle ran off the right side of the road and hit two utility poles.

“I didn’t hear brakes," Hidgs added. "Believe me, I knew something, a collision.”

The crash caused the road to be closed due to downed power lines. Hidgs said he was watching a football game on Sunday and the power went out during the game.

Dominion Energy said Richmond Road was not expected to reopen until sometime Monday afternoon. VDOT put up some signs in the area, but drivers were encouraged to avoid the area if possible.

Police say McKenney was wearing his seatbelt at the time of the crash. He was taken to Riverside Regional Medical Center in Newport News, where he was treated and released for non-life-threatening injuries.

McKenney was charged with driving under the influence of alcohol, refusal and reckless driving. He is currently being held at the Virginia Peninsula Regional Jail on a $2,500 secured bond.