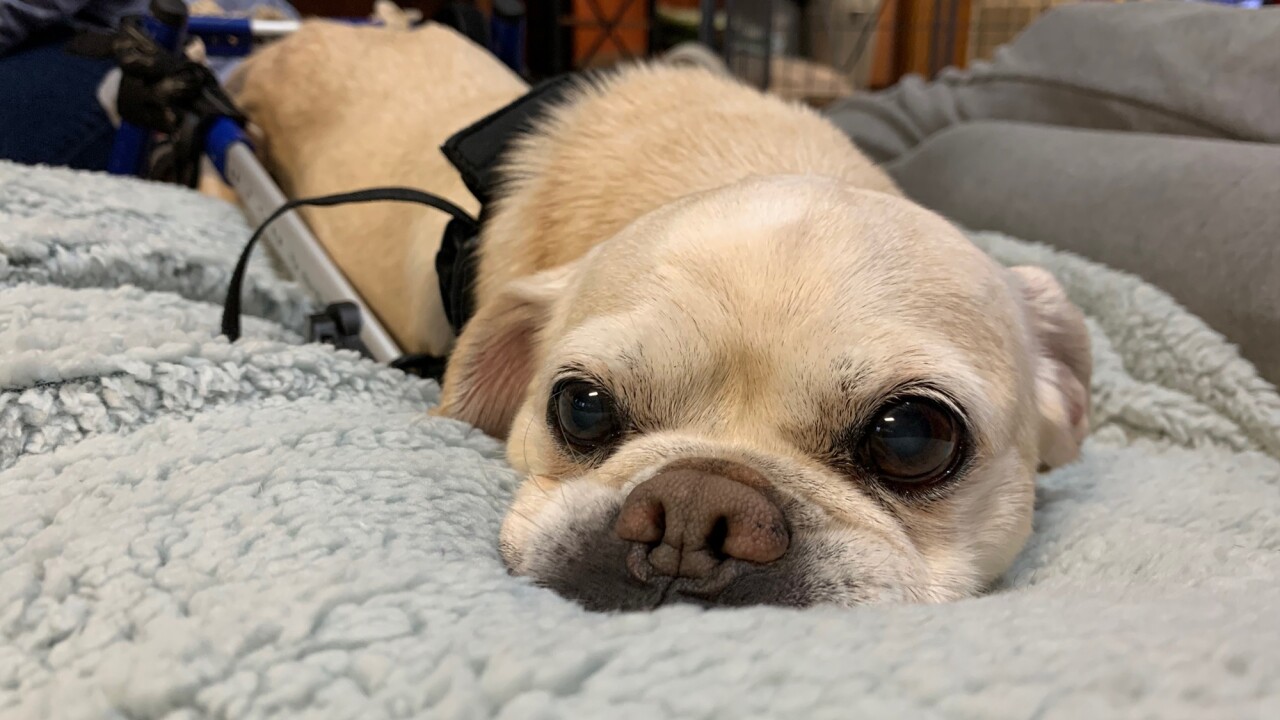 Rupert, a terrier mix, is one of the paralyzed dogs rescued from the farmhouse. 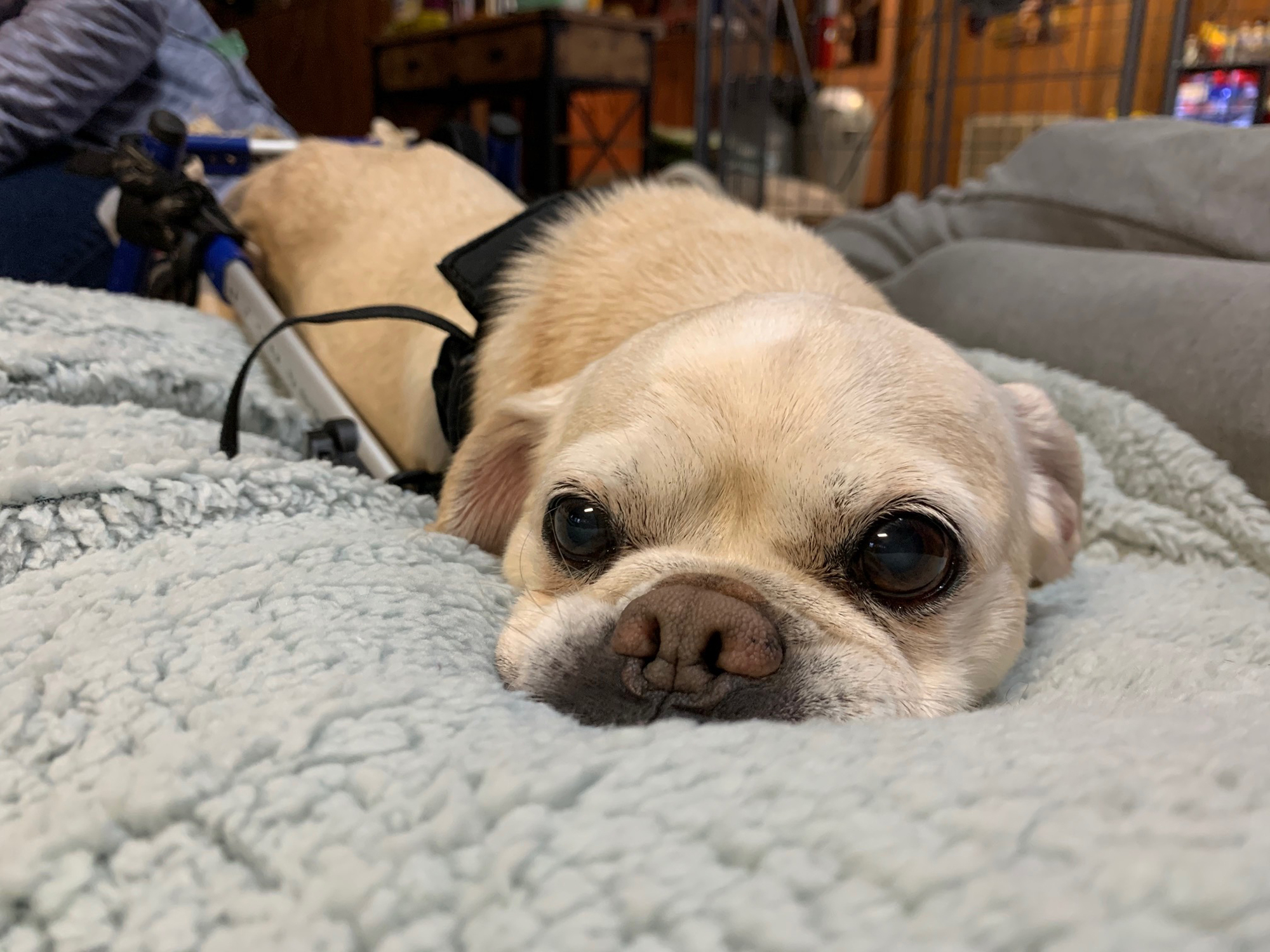 A hospice for elderly and disabled dogs has suffered the unthinkable — it was destroyed in a fire over the weekend.

“I’m heartbroken. I’ve been crying a lot. I cry every time I think about it,” said the shelter’s founder, Randy Grim, on the verge of tears.

Firemen alerted Grim that his nearly 200-year-old St. Louis-area farmhouse was on fire with a bang on the door late Saturday night.

Grim, who is recovering from surgery, and recently upgraded from a walker to a cane, said he immediately made his way to the building that houses disabled animals. The firemen opened the door and three dogs in wheelchairs came running out.

Firemen rescued two paralyzed dogs that were inside, but two senior cats did not make it, Grim said. There were no other animals inside the farmhouse.

The fire was spreading “minute by minute,” Grim recalled, and animals initially placed in a pig pen had to be moved for safety.

“I wasn’t able to walk, but adrenaline kicked in. I didn’t care, I gotta get these dogs safe. We love them. They’re like our kids.”

Officials said the fire started with an exterior light that was spewing sparks, and heavy winds helped spread the fire to the roof.

While the farmhouse is a total loss, Grim said it could have been a lot worse. He’s thankful for the person driving by who made the initial 911 call and reported smoke.

“I wish this person would come forward so I could give him the biggest hug,” he says.

The furry survivors are currently resting in the ranch’s gift shop and cuddling with Grim on his recliner.

Randy’s Rescue Ranch in O’Fallon, Illinois, is no ordinary shelter. They take in what they call the “forgotten” animals — those who suffer severe medical conditions and would probably be euthanized.

“I couldn’t understand killing them when they were still happy and had a lot of love and laughter left.”

The 20-acre ranch is also home to horses, donkeys, cattle and pigs who’ve suffered abuse, neglect and abandonment. They were not in the farmhouse, but are housed elsewhere on the property.

As animals recover from physical and emotional trauma, the non-profit offers a specialized program that pairs special needs children and adults with the rescued animals who could benefit from socialization development and inclusion. A similar program for veterans with post-traumatic stress disorder is in the works. It’s a win-win.

To no one’s surprise, the community has come forward with a helping hand.

“That was amazing! I was worried we were all going to be cold and have no light, but the mayor sent the city’s electric workers, who volunteered on their day off.”

As Grim begins to file insurance paperwork, he said he is sure he will rebuild — even if it means having to raise the money. He said donations are already coming in.