12-year-old Texas boy gets magnifying glass for Christmas, sets his lawn on fire 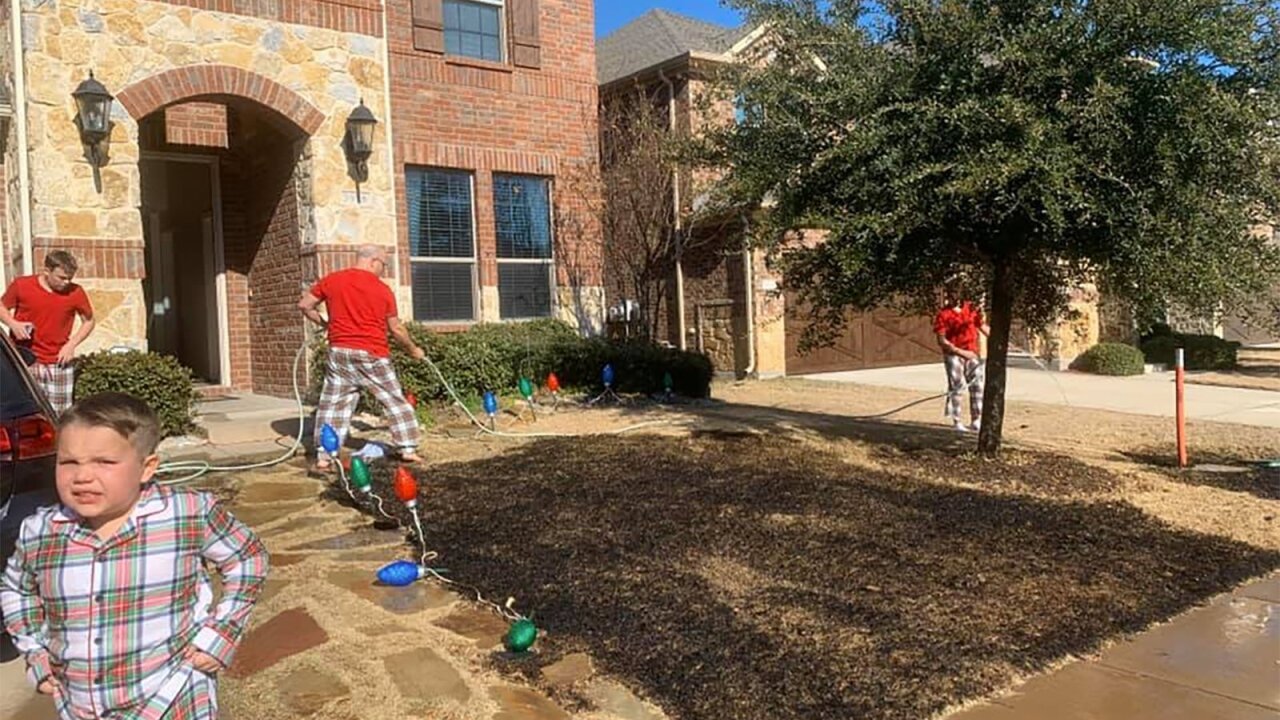 Nissa-Lynn Parson posted photos on Facebook of what she said is going down in the family history book as one of the most memorable Christmas Days to date.

“My 12-year-old son Cayden received a magnifying glass, which we thought was for reading, but instead he tried to see if he could light a fire with it,” the post said.

Cayden and his two brothers went out in the driveway after opening presents to “burn a couple of holes in some newspaper” with the magnifying glass he had just received when an unexpected fire broke out, Parson told CNN. The wind caught the newspaper and blew embers into the lawn, ultimately causing the grass to catch fire.

“Everything was under control until the boys came running into the house telling us that a corner of the lawn was on fire and the Christmas lights were melting,” Parson wrote in her post. She said she knew the kids were out playing in the front lawn and this was an honest accident that could have happened to anyone.

She said she’s glad the family was able to contain it before it got worse.

In the photos posted on Facebook, the Parson clan, in matching pajamas, can be seen with garden hoses in hand, dousing the front yard of their McKinney, Texas, home with water to extinguish the flames, leaving parts of the grass burnt to a crisp.

“We grabbed buckets, Justin turned the sprinklers on, and I grabbed blankets to smother and trap it – before it could spread any more into the neighbors yard,” Parson wrote in her post. “What a sight to see – a bunch of people running around crazy trying to put a front lawn fire out while wearing matching Christmas jammies!”

Parson and her husband, Justin, said they weren’t surprised that Cayden asked for a magnifying glass for Christmas because he’s an avid reader, very curious and interested in science.

“It’s like a basketball player asking for basketball shoes,” she said.

The other items on Cayden’s Christmas wish list were books, a piano keyboard and a robot building model kit, Parson said.

The next-door neighbor whose grass was a little burned was just glad it wasn’t worse and was good-natured and pleasant about the incident, according to Justin Parson.

“The other neighbors felt bad they didn’t see it to help put it out,” he said.

Cayden was shocked and surprised to see what his magnifying glass was capable of doing, according to his mother.

“Instead of a tragedy, it will now be a Christmas to remember,” she said.