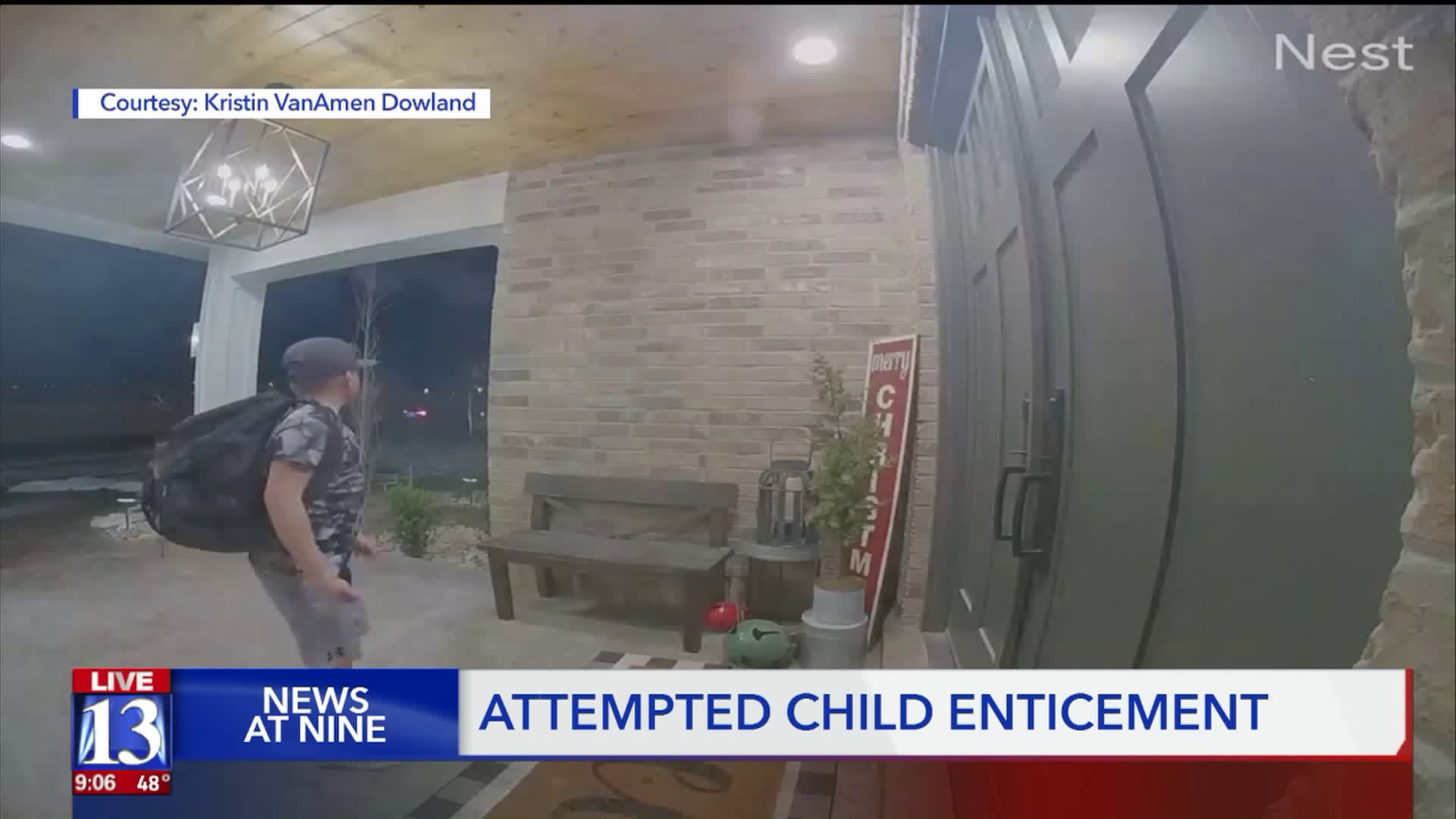 A Utah family is still on edge after they said a car full of men attempted to entice their child into a car while he was walking home from basketball practice.

RIVERTON, Utah — A Utah family is still on edge after they said a car full of men attempted to entice their child into a car while he was walking home from basketball practice, according to KSTU.

Three times a week, Grayden Dowland makes the 200-foot trek from his basketball coach’s house to his family’s.

“That house over there,” Grayden said as he pointed to a house two doors down.

He’s done it dozens of times, but last Thursday, the walk was different.

“I started walking home and there was two guys in a car,” Grayden said.

Looking back, it seems surreal.

“They said, ‘Hi’ and I started walking faster,” Grayden explained. “And they said, ‘Get in the backseat, we have some candy.’”

Three men, strangers, in a white four-door sedan, were following Grayden’s every step as he walked home around 6:20 Thursday night.

“I ran right here and I just ran right there,” Grayden said as he pointed to a path through his family’s lawn to the front door.

That’s when some of the tense moments were caught on the family’s doorbell camera.

In the video you can see Grayden approach the door, keeping his eye on the strangers’ car which was stopped in front of his neighbor’s house.

“I peeked my head out and they were literally right in front of that little thing,” he said, referring to a small black marker sticking out of the lawn on the edge of his family’s property line.

Keep watching the video and you can see him try the door, which was locked.

“I thought I was going to be kidnapped,” said Grayden.

As soon as Grayden fails to enter his home, you see the car’s rear-lights shine as the men start speeding closer to him in reverse.

Grayden turns and starts to run, grabbing some rocks from the corner of the walkway and yelling, “Mom! Mom! Get away! Get away!”

“I picked up rocks and I was holding them like this,” Grayden said as he picked up more rocks. “If they got any closer, I was going to throw them.”

That’s when he ‘booked’ it to his neighbor’s house one door down.

“The door was open so I just ran in and I closed the door and I locked it,” he said.

Grayden had finally found safety, but the creeps didn’t leave. In the video you can see them pull forward into his other neighbor’s driveway and wait for minutes.

“It was really real,” his dad, David Dowland, said. “I saw the video and it’s gut-wrenching.”

Days later, the entire family is still on edge.

“We’ve been here for 14 years and to have it happen on your front doorstep, literally, it’s an eye-opener,” David said.

Emotionally, they are all a little traumatized by what happened.

“Less than 200 feet, I mean if kids can’t walk two doors down at 6 o’clock at night, that’s scary,” David continued. “[Grayden] was scared to death.”

David said going forward they plan to implement a buddy system to ensure none of their kids are ever alone again. He also said from this point forward they will make sure a parent or Grayden’s coach accompanies him home.

Even with precautions in place, they said all they can do is hope the same thing doesn’t happen to someone else.

“Hopefully we can find them,” David said.

The Dowlands filed a report with Riverton police. Grayden described the strangers as being three men in their 30s or 40s with no facial hair, in a white 4-door sedan, seen below:

If you have information, call Riverton Police.