UVA men’s hoops closes out the decade with a win against Navy, 65-56 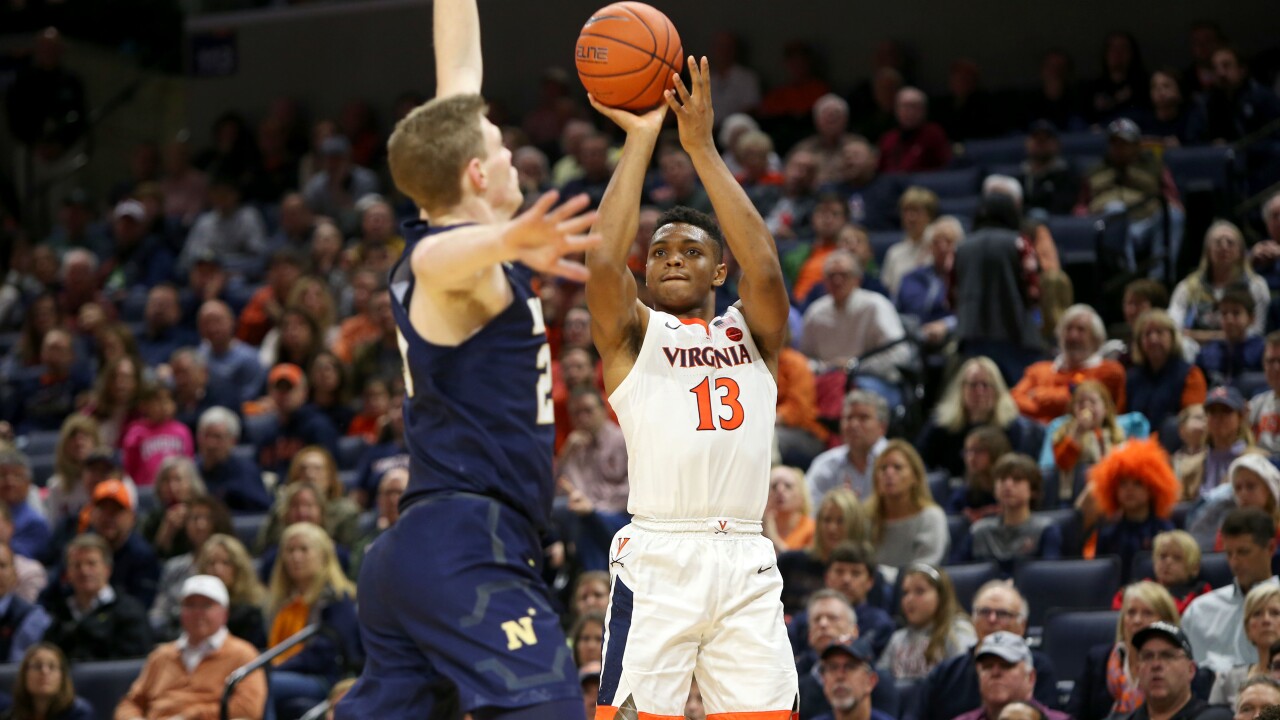 CHARLOTTESVILLE, VA – DECEMBER 29: Casey Morsell #13 of the Virginia Cavaliers shoots over Alec Loehr #25 of the Navy Midshipmen in the first half during a game at John Paul Jones Arena on December 29, 2019 in Charlottesville, Virginia. (Photo by Ryan M. Kelly/Getty Images)

CHARLOTTESVILLE, Va. (VirginiaSports.com) – Four players scored in double-figures to pace No. 16 Virginia (10-2) to a 65-56 win over Navy (6-5) on Sunday afternoon at John Paul Jones Arena.

Virginia shot 53 percent from the floor, shooting 57 percent in the first half. The Cavaliers had a 28-26 edge in rebounds and an 11-4 lead in fast-break points. Cam Davis led Navy with 19 points.

HOW IT HAPPENED
Tomas Woldetensae (Bologna, Italy) scored the first five points for the Cavaliers. UVA then went on a 10-0 run to lead 12-4. Virginia eventually stretched its lead to 28-18 after a three by Woldetensae at the 5:17 mark. A three by Huff made it a 37-26 lead, but Navy hit a three just before the half as UVA led 37-29 at the break.

THE GAME BALL GOES TO
Kihei Clark had a career-high 13 assists, just one shy of the UVA record set by Ty Jerome and added 10 points and four rebounds. Clark hit a jumper to put UVA back in the lead and had a three as the shot-clock expired in UVA’s 12-0 run in the second half.

UP NEXT
Virginia hosts Virginia Tech in a Commonwealth Clash on Saturday, Jan. 4 at 2 p.m. at John Paul Jones Arena.