Redskins fall to Cowboys in season finale, Washington claims No. 2 pick in next year’s NFL draft 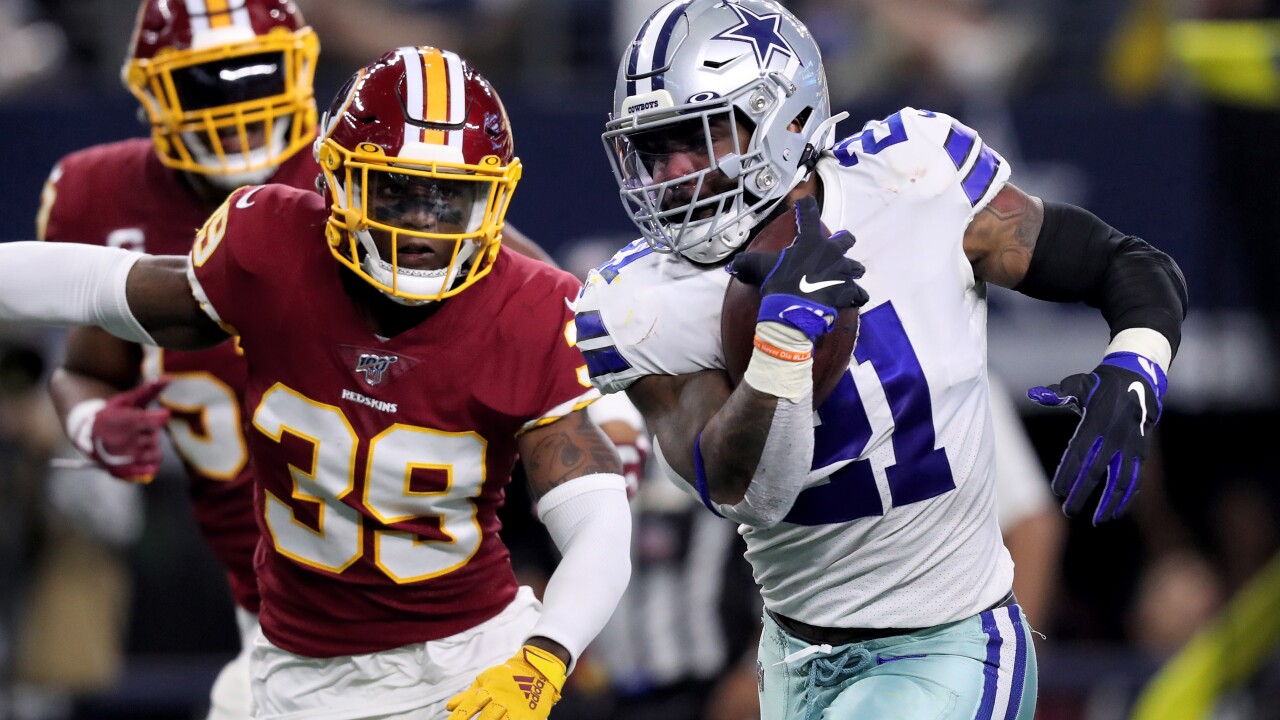 ARLINGTON, TEXAS – DECEMBER 29: Ezekiel Elliott #21 of the Dallas Cowboys runs with the ball while being tackled by Jeremy Reaves #39 of the Washington Redskins in the second quarter in the game at AT&T Stadium on December 29, 2019 in Arlington, Texas. (Photo by Tom Pennington/Getty Images)

ARLINGTON, Texas – In the Washington Redskins’ last chance of the season to win a game against an NFC East opponent they came up short, losing to the Dallas Cowboys 47-16.

With Sunday’s loss, Washington is assured the No. 2 pick in next year’s NFL draft.

After a lackluster first quarter, the Cowboys managed to score two field goals for a 6-0 lead heading into the second quarter.

After a Redskins field goal, the first touchdown of the game was scored with 11:01 remaining in the first half. A 75-yard drive ended in a Dak Prescott touchdown pass to Ezekiel Elliott and the Cowboys took a 13-3 lead.

Dallas utilized Elliott again in its next scoring play. The running back completed a 33-yard touchdown run to give the Cowboys a 20-3 lead with 3:50 remaining in the second quarter.

The Redskins answered back the following drive, and Case Keenum connected with Steven Sims Jr. for Washington’s first and only touchdown of the game.

The first drive of the third quarter saw Washington pull within a touchdown of Dallas after Dustin Hopkins scored a 42-yard field goal.

From that point on, though, the game was all Dallas.

The Cowboys’ first drive of the second half resulted in a Michael Gallup touchdown reception to put Dallas up 27-13.

Each team made a field goal before Gallup added two more touchdown receptions in the second half, giving the Cowboys a 44-16 lead.

Dallas wins 47-16, but the Philadelphia Eagles win over the New York Giants keeps the Cowboys from making the postseason.