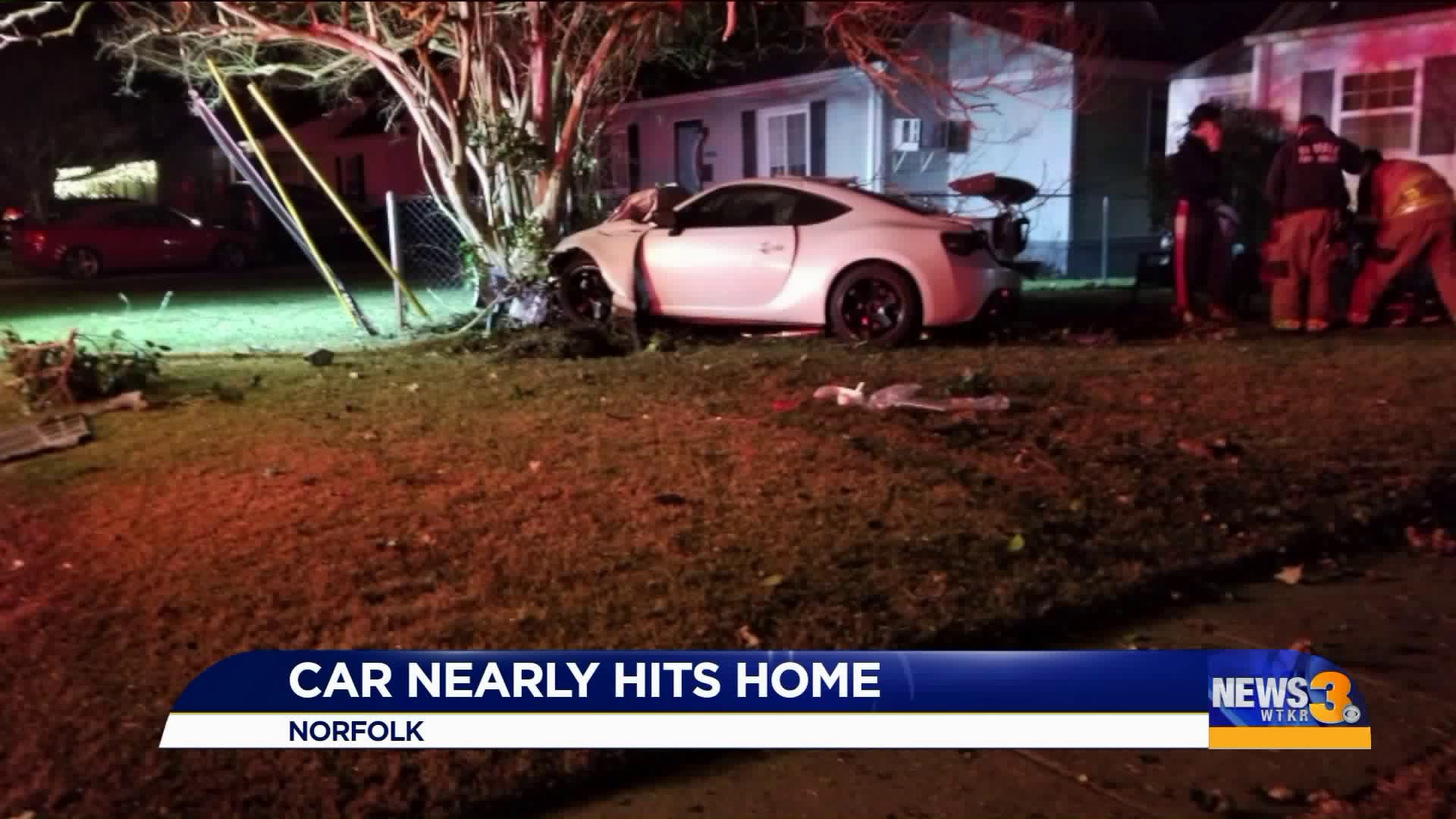 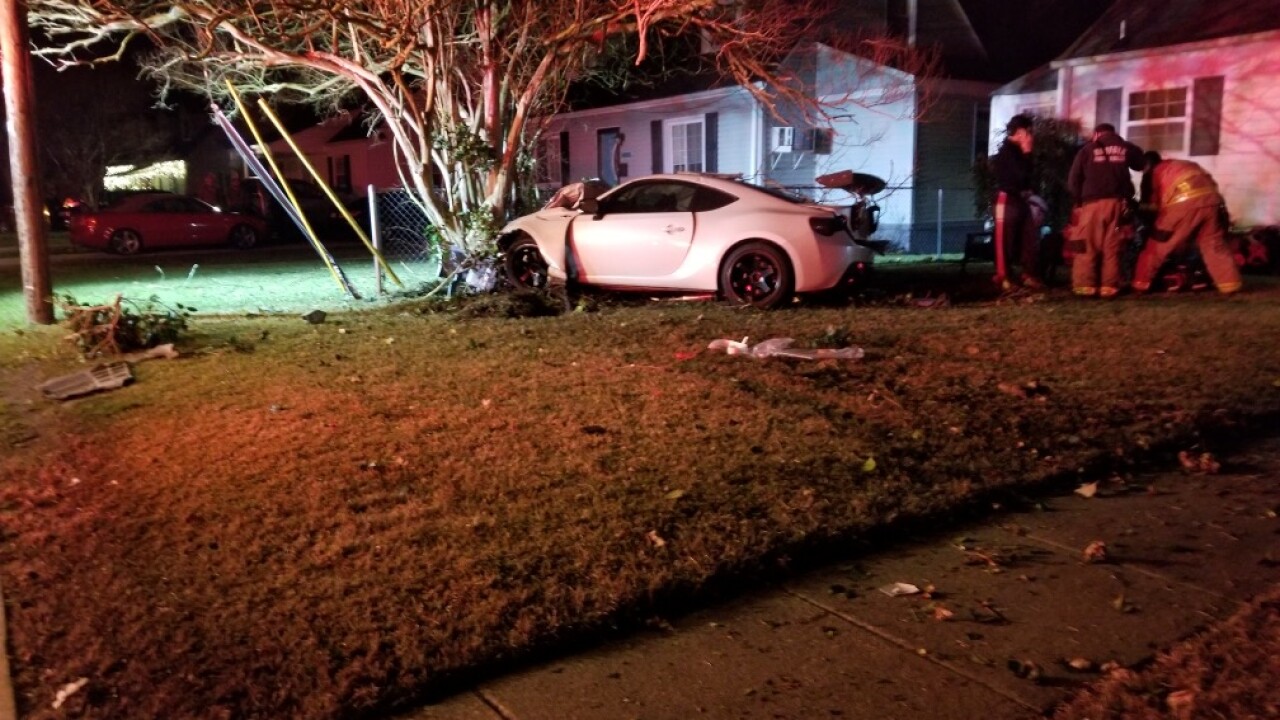 NORFOLK, Va.— A chaotic crash that ended in the front yard of a Norfolk home is rattling neighbors.

“We could definitely hear an engine revving through multiple gearshifts,” says Randy Dever.

Dever says he heard two loud bangs and then rushed out of the house to see what happened.

The next thing Randy Dever saw was a white two-door car crashed into a tree in his neighbor’s front yard and there were two men inside.

“The driver was actually pinned in the steering wheel of the vehicle we held him until paramedics came,” says Dever.

Neighbors say both men were speaking and appeared to be okay after the crash.

Dever says the car hit an electrical pole and crashed through a chain-link fence before the driver crashed into the tree.

With the men recovering, neighbors say their concern now is how and why this happened.

“There were empty [beer] cans and you could definitely smell alcohol emitting from their bodies,” explained Dever.

He says the passenger eventually told him they had both been drinking.

“With the amount of kids that are in this neighborhood— there’s people that walk their dogs, bicycle ride all the time, all hours of the night here, and to have that kind of nonsense is irresponsible to say the least,” says Dever.

He hopes the experience will be a learning lesson for both men and a cautionary tale for others.

“My advice, especially around the New Year’s, if you choose to drink, don’t drive; it’s not worth it.