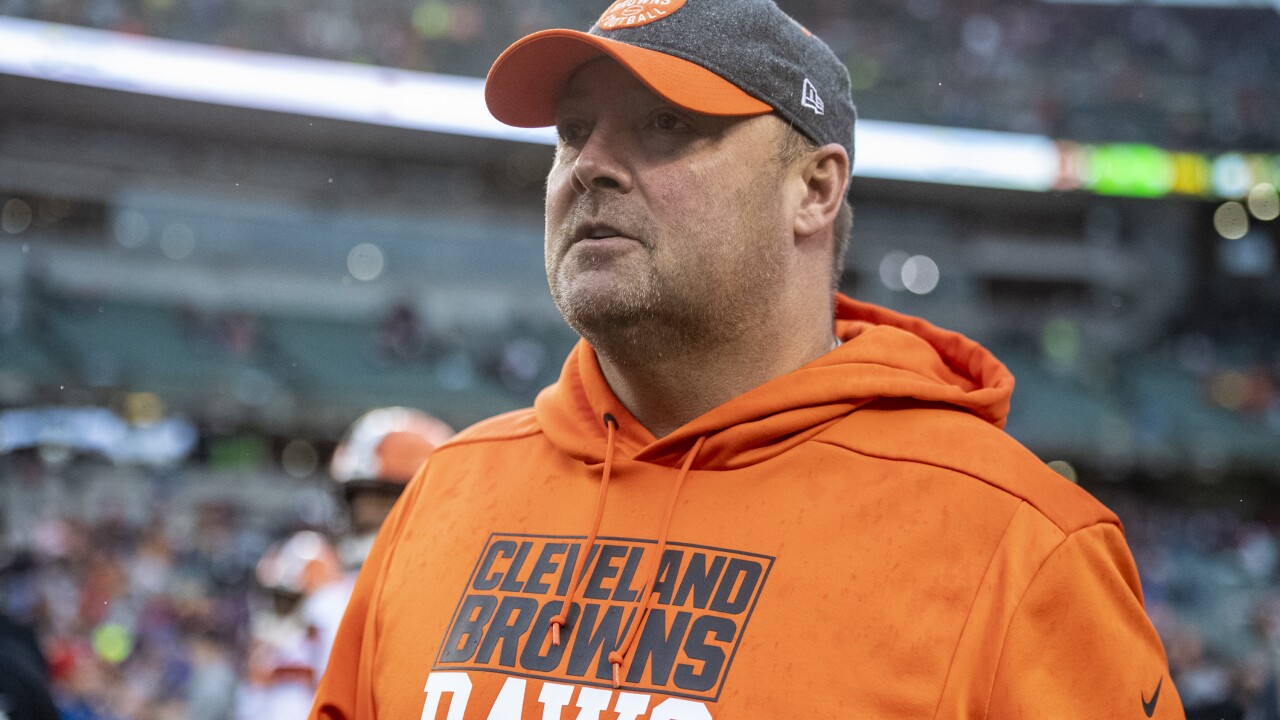 In just one season at the helm, he put together a 6-10 record.

Kitchens joined the organization in 2018 as a running backs/associate head coach before being promoted to offensive coordinator October of that year. He was named the team’s head coach in January of 2019.

“I would like to thank Freddie for his dedication and efforts this past season. We are disappointed in our results and feel a change is necessary,” Browns general manager John Dorsey said in a team statement. “Freddie is a good man and good football coach. We wish he and his family nothing but success.”

“We thank Freddie for his hard work and commitment to this organization but did not see the success or opportunities for improvement to move forward with him as our head coach,” Cleveland owners Dee and Jimmy Haslam added. “Our focus is on hiring an exceptional leader for this football team and we will take a comprehensive approach to this process.

“We are excited about the core players we have to build around and develop and we look forward to bringing in a strong head coach that will put this group of players in the best position to succeed.”