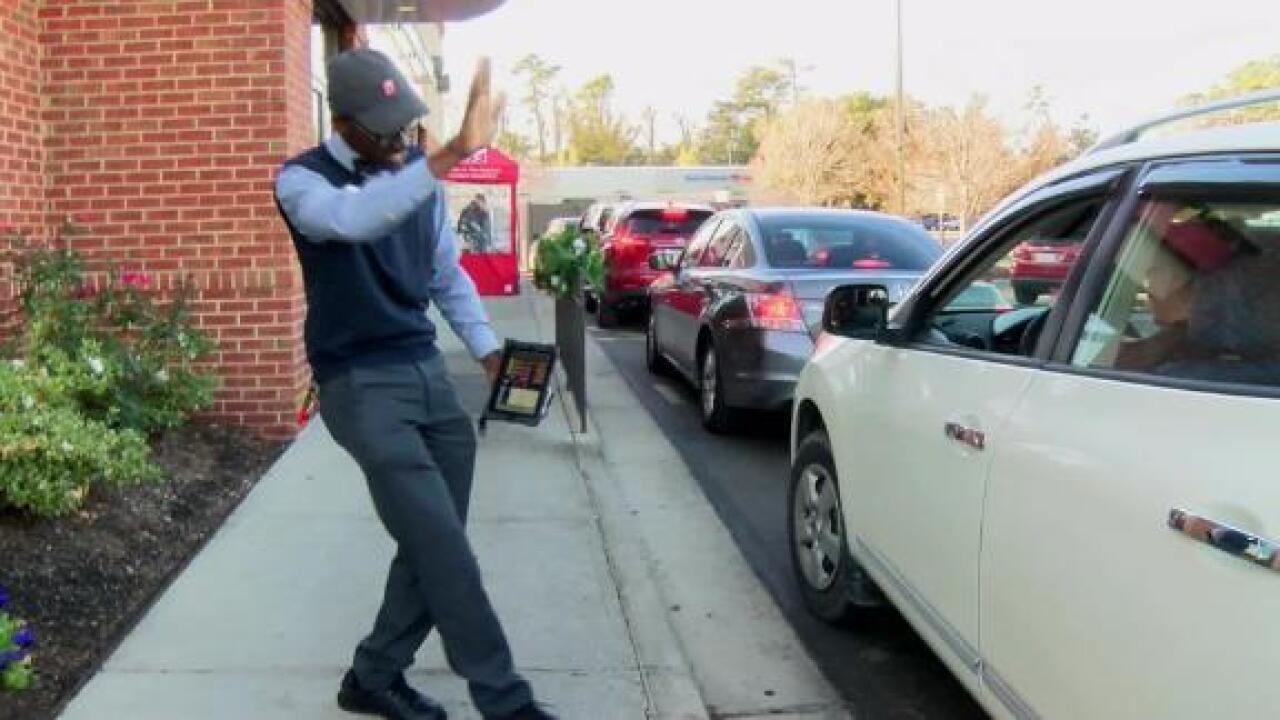 A Chick-fil-A employee in Wilmington, North Carolina, has caught the attention of his community with his infectiously upbeat customer service and bright attitude.

A regular customer took video of employee Jeremiah Murrill one day as she placed her drive-thru order at the restaurant.

She posted the video on Facebook. In two weeks, it had 170,000 views and hundreds of comments by people who recognized Murrill’s signature smile and excellent customer service.

In the Facebook video, Murrill is taking the order in the drive-thru line clad in a heavy jacket and fuzzy winter hat. Despite what seems to be chilly weather, he is overflowing with smiles and kind words.

After cheerfully taking the order, he says, “Amazing order, everyone,” and he gives the customers their total.

As he takes their card to pay for the meal, he says, “You’re one swipe away from an awesome lunch meal. It’ll be a pleasure serving you at our drive-thru window after two more things. You know what that is? It’s a fist bump each. You guys are awesome.”

“You have an awesome day,” Murrill says, bumping knuckles with each of the car passengers.

He is loved by community members

Like many chain restaurants, his Chick-fil-A has a number of loyal customers who frequent the store. Murrill tries his best to remember each of them.

“I serve a lot of guests,” he said to CNN affiliate WWAY. “I try to remember each and every name in drive-thru. That’s just a personal thing for me.”

His efforts don’t go unnoticed. The comments section of the Facebook video speaks to the number of people who appreciate him going the extra mile.

“I used to work down the street from that location and if I was ever having a bad day and drove thru he always put a smile on my face!” one person wrote.

Another commenter was glad to see so many people recognizing his great attitude, saying: “My favorite guy! Literally the most positive person, rain or shine. I’m so happy that he is getting the recognition he deserves and has earned simply for being an upbeat and genuine human being. You’re a rare find, friend.”

He sees his job as more than taking orders

Murrill, a Wilmington native, has been working at Chick-fil-A for a few years, says WWAY. For him, his job at the restaurant is more than just about getting people through the drive-thru line.

“The way you interact with people, it matters and it transforms a day,” he told WWAY.

“Seeing these lives transform just by talking with them and taking their orders and being kind and nice — it’s awesome.”

Murrill works at the restaurant alongside his four siblings — Destini, Kristian, Joshua and Angel — and told WWAY that he dreams of owning his own Chick-fil-A franchise one day, where he can continue his kind work and incorporate ministry and music, as well.