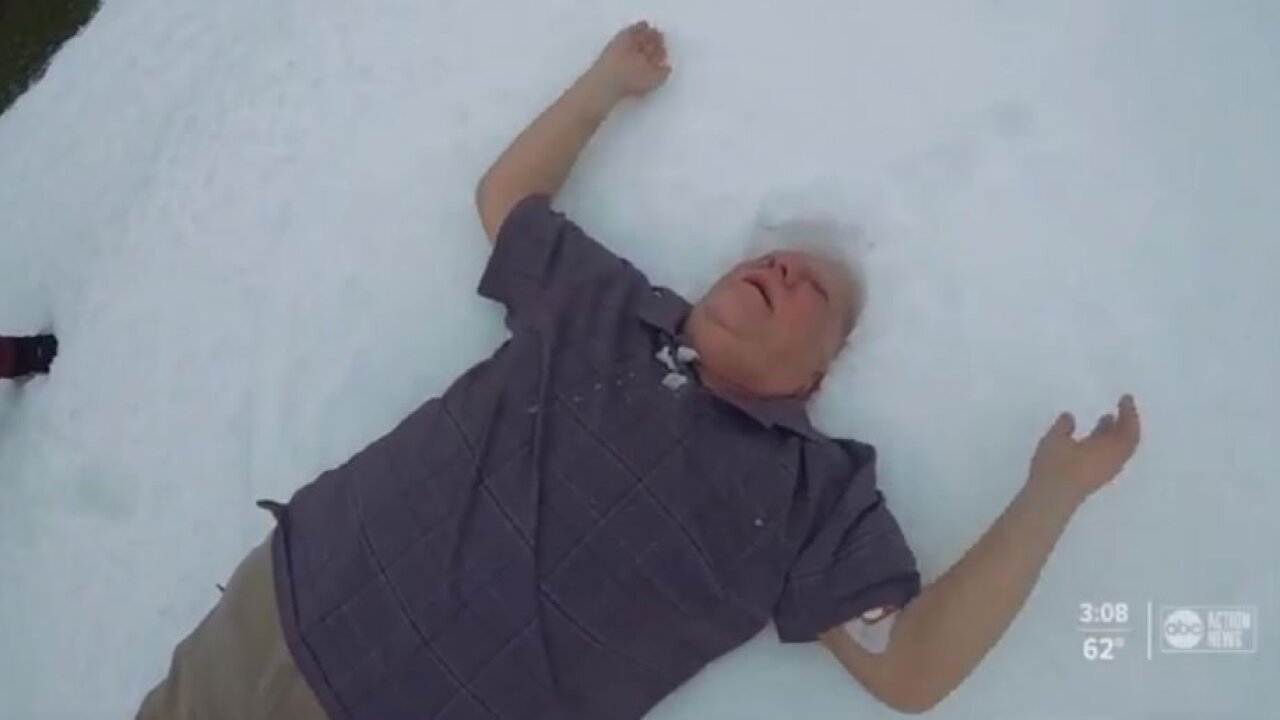 Jose Maestre tells ABC Action News that his family grew up in Connecticut, where his family enjoyed playing in the snow as kids.

Maestre said his cousin, Albert Septien, 76, has been diagnosed with stage four melanoma that has spread to his bones, lungs and liver.

Doctors at Tampa’s VA Hospital believe his cancer is a result from his service and the use of Agent Orange, which is known for its use by the U.S. military as part of its chemical warfare program. They told Maestre that this will be Septien’s last Christmas.

“Growing up, he was like a father and big brother to me,” said Maestre. “He was always there for me.”

The Vietnam veteran was born in Cuba, and came to the United States when he was three.

“I asked him a couple weeks ago, what does he want,” said Maestre. “He replied, ‘I want to make a snow angel.’”

Maestre said that he told his cousin that he would make this happen.

Maestre has been calling different veteran organizations and companies in the Tampa area hoping to find a snow machine, but none have offered any help, only referring different resources.

Maestre wrote, “Here is my appeal, is there anyone who may have a snow machine that would be willing to set it up in his front yard so we could surprise him?”

This week, the Black Dagger Military Hunt Club Inc., stepped in to grant his wish. They surprised the veteran with eight tons of snow at his front door.