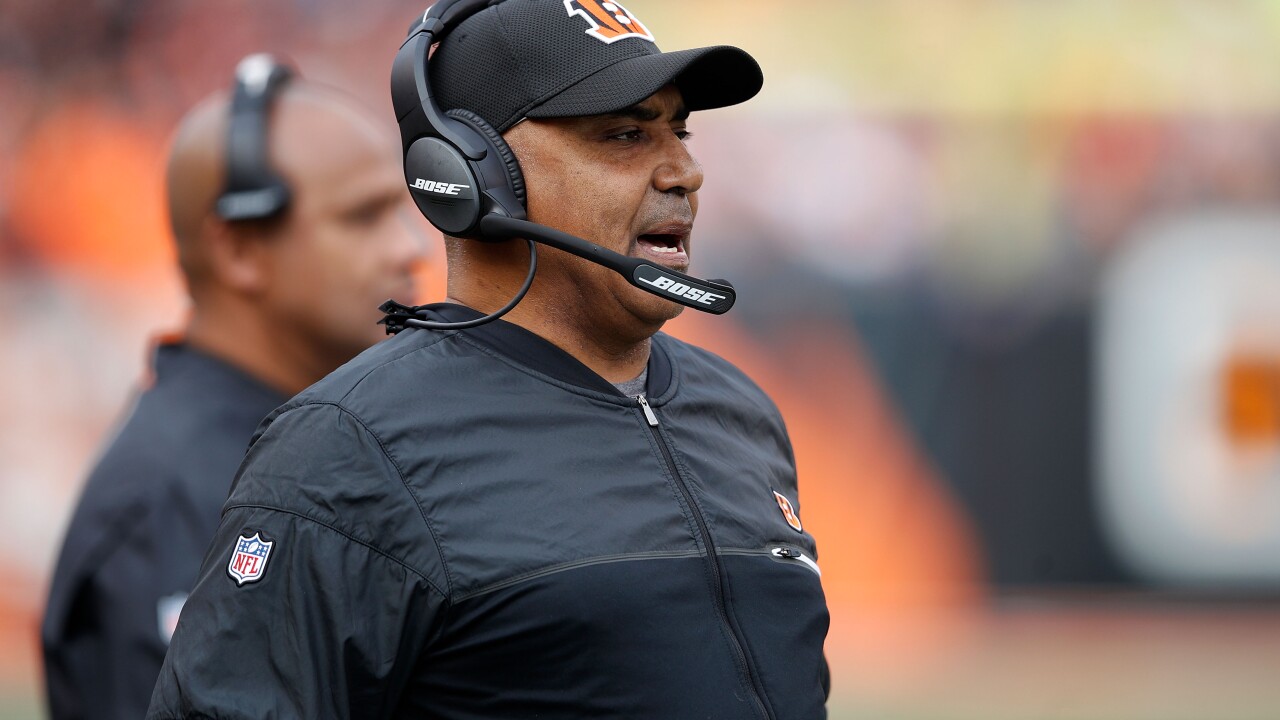 CINCINNATI, OH – NOVEMBER 25: Head coach Marvin Lewis of the Cincinnati Bengals calls a play during the second quarter of the game agains the Cleveland Browns at Paul Brown Stadium on November 25, 2018 in Cincinnati, Ohio. (Photo by Joe Robbins/Getty Images)

The Washington Redskins close out their 2019 season on Sunday when they face the Dallas Cowboys in Arlington, Texas, and once that game concludes, all focus turns to the search for a new Redskins head coach.

According to NBC Sports Washington, former Cincinnati Bengals coach Marvin Lewis could be a top candidate.

Lewis is currently the Special Advisor to Sun Devil Football at Arizona State University. He was fired by the Bengals after the 2018 season after spending 16 straight seasons as their head coach. During that span his teams had 10 or more wins on six different occassions.

Before joining the Bengals, Lewis was defensive coordinator for the Redskins in 2002, when he put together the fifth-best defense in the NFL.

Ron Rivera, who was fired by the Carolina Panthers this season, is also in the mix for Washington’s head coaching position. Chiefs offensive coordinator Eric Bieniemy and former Ohio State head coach Urban Meyer have also been mentioned for the job.