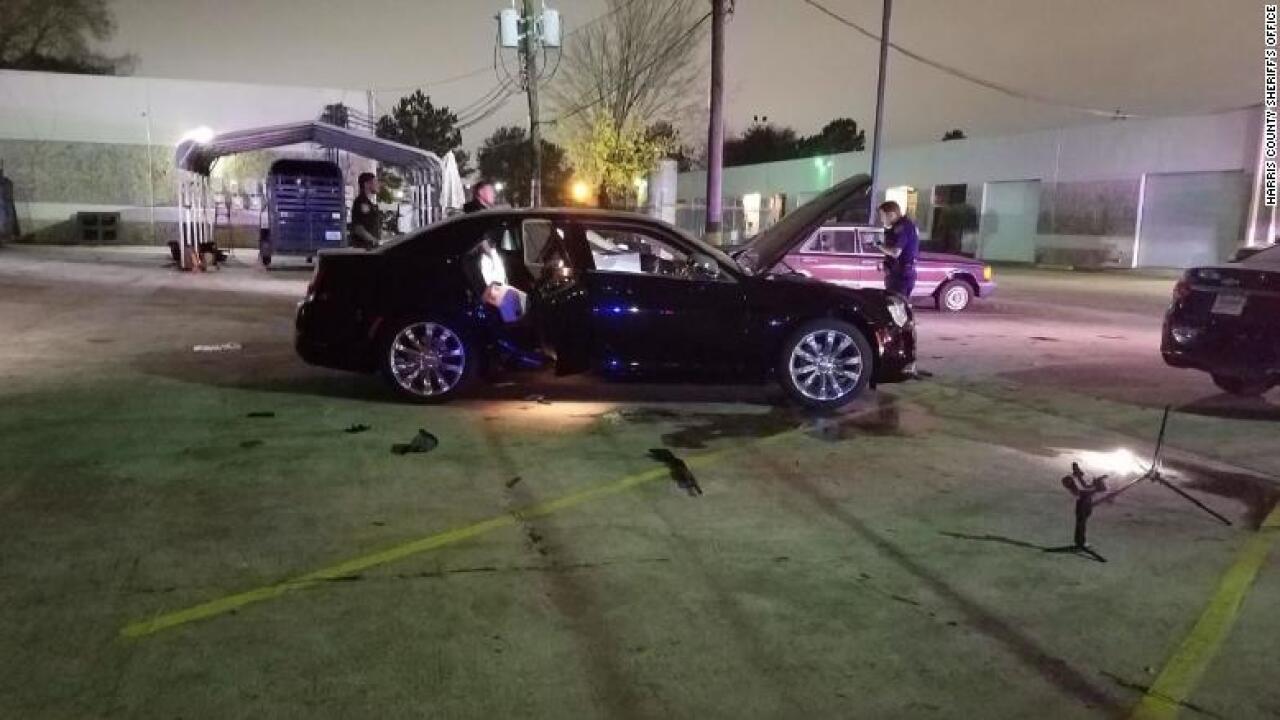 Two people were killed and at least six others were injured at the scene of a music video shoot.

Two people were killed during an apparent drive-by shooting during the filming of a music video in the Houston area Friday night, the Harris County Sheriff’s Office said.

At least six others were injured.

Two people were killed and at least six others were injured at the scene of a music video shoot.

Officers were called out around 9:30 p.m. local time to a residential neighborhood near Berwyn in Harris County for reports of a drive-by shooting, Sheriff Ed Gonzalez said in a press briefing at the scene.

When the officers arrived, they found a group of young males with gunshot wounds, two of which were dead. The group were in the parking lot of an office complex filming a rap video when they were “ambushed” by shooters that were “in cars and or foot” firing into the lot, Gonzalez said.

Investigators are looking into what lead to the deadly shooting. The investigation is expected to be complex, according to Gonzalez because the crime scene was so large.

Investigators are still trying to identify the suspects and a motive. When asked whether the shooting was gang related, Gonzalez said, “I’m not going to rule that out, but I’m also not going to say it was because simply we don’t know.”