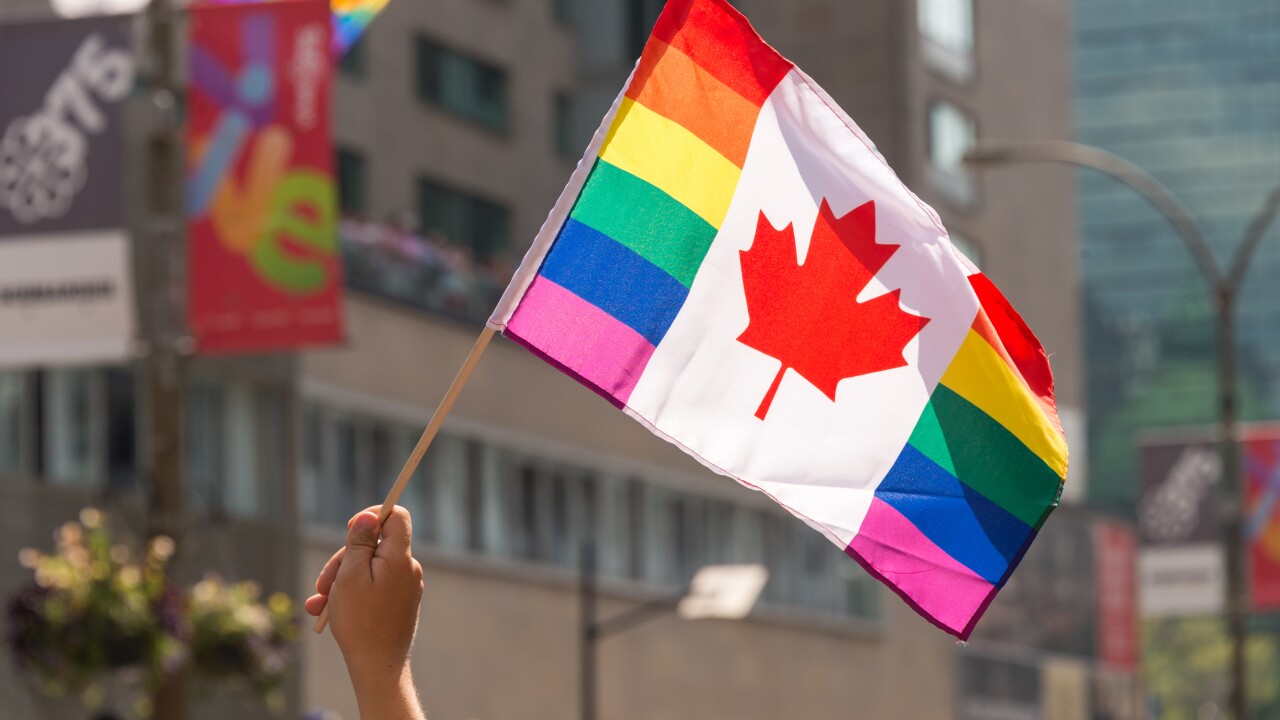 A Canadian rainbow flag is raised at the 2017 Montreal gay pride parade.

A Canadian transgender rights activist was killed on Sunday in Toronto, according to a police statement issued earlier this week.

A Canadian rainbow flag is raised at the 2017 Montreal gay pride parade.

After officers received a call Sunday afternoon reporting an assault, they discovered Julie Berman, 51, with injuries to her head. She was transported to a hospital where she was pronounced dead, according to the release.

“It wasn’t a manhunt. We got to the scene and made the arrest,” Hopkinson said.

Neither Harnack nor his lawyers could be immediately located for comment. Ontario’s Ministry of the Attorney General could not share court documents until the court reopens on Monday.

“In loving memory of Julie Berman, a proud Trans Woman and tireless advocate who fought to raise awareness of the increasing rates of anti-trans violence across our city,” Pride Toronto tweeted. “With heavy hearts, we will remember Julie. #RestInPeace”

Berman sometimes worked with The 519, a local LGBTQ center, according to staff.

Related: ‘It’s not safe for them’ Locals remember transgender people killed this year

Two years ago, Berman served on the center’s organizing committee for the Transgender Day of Remembrance, an international event that memorializes transgender people killed in transphobic attacks over the past year.

At the 2017 vigil, Berman spoke out on anti-transgender violence, and mourned people she knew who had been killed, according to Susan Gapka, an organizer and educator with The 519.

“We’re remembering her with respect and dignity, that she didn’t get when she was alive due to transphobia, and she didn’t get in her final moments under attack,” Gapka said.

Harnack appeared in court on December 23, according to Hopkinson.

Berman’s family held a private funeral, Gapka said, with a public memorial to follow in January.