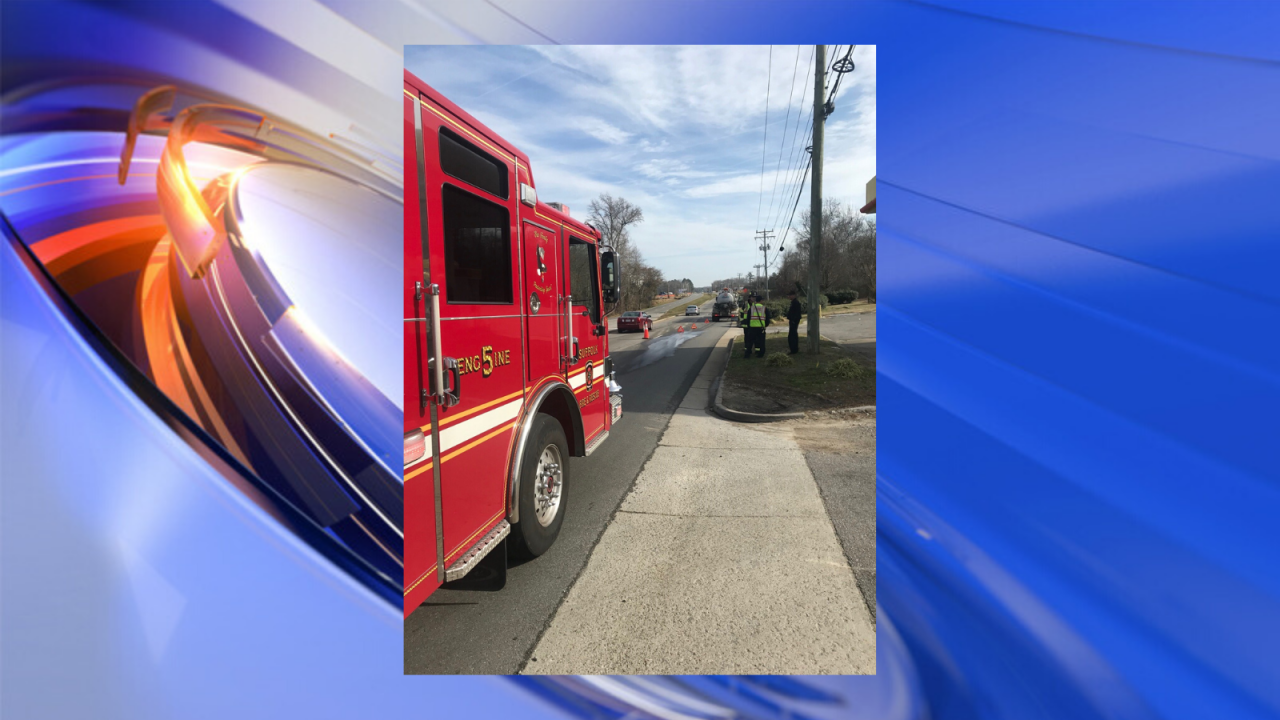 According to fire officials, a tanker truck carrying waste water and jet fuel spilled fluids over an estimated quarter mile to half mile span of the roadway Friday morning. The call came in at approximately 10:36 a.m. for the spill.

The tanker truck reportedly had a valve open while traveling before being stopped at an intersection, according to Battalion Chief Charles Jolly.

A hazmat company was contacted and assisted with cleanup efforts.