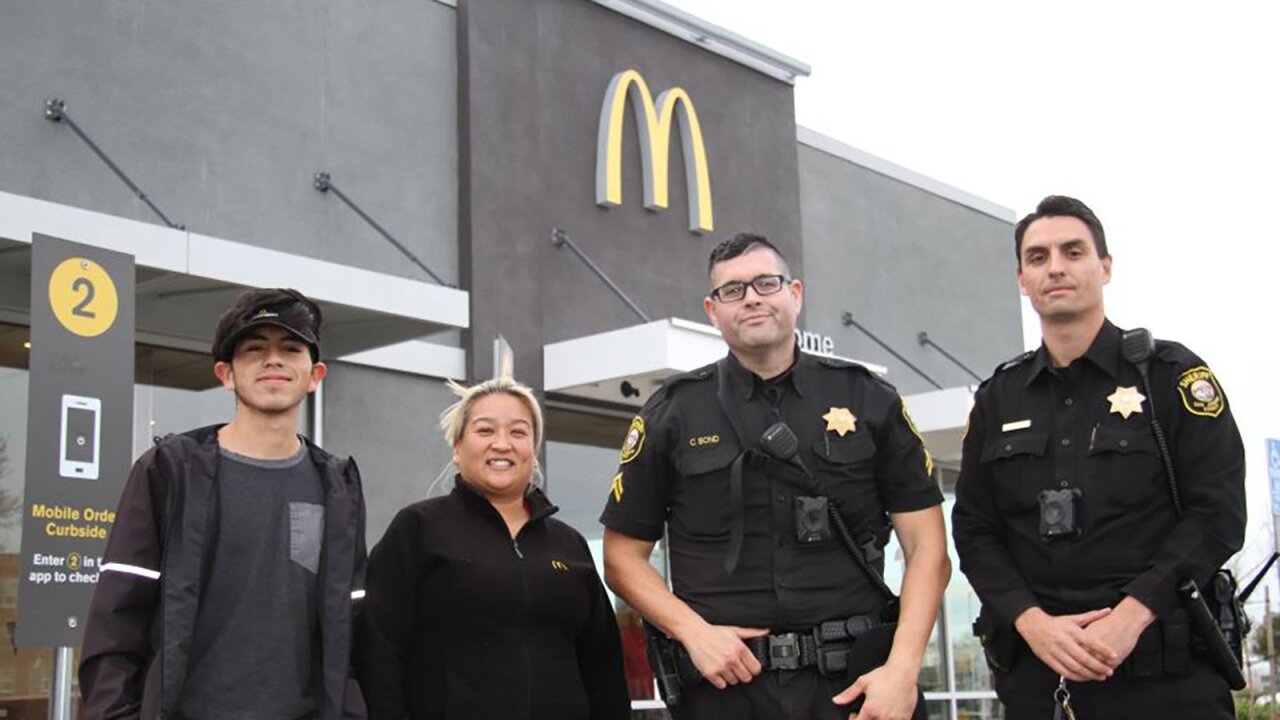 When a woman walked up the the counter of a McDonald’s in Lodi, California, the employees likely expected her to order a Big Mac or large fries. Instead, she begged them to help her.

The woman told an employee to call 911, gave them her license plate number and asked them to hide her, San Joaquin County Sheriff’s Office said in a Facebook post.

A police investigation would later reveal that she was traveling with a man who had a history of abusing her. That day, he had threatened her with a firearm and demanded that she drive him to see his family.

After using the McDonald’s restroom, the woman tried to approach the counter again to make an order, police said. But the man she was traveling with stopped her and demanded that she use the drive-thru.

Even in the drive-thru, the woman continued to send distressed messages to employees, mouthing “help me” through the window to a restaurant worker, police said.

As she was in the drive-thru, police arrived and employees quickly pointed them to the woman in her car with the man in the passenger seat.

Police found a stolen firearm in the trunk of the vehicle and arrested the man.

He faces four felony charges, including criminal threats, stolen property and possession of a firearm as prohibited person. His bail is set at $360,000.

She picked the right McDonald’s

The woman chose the right place to ask for help.

The Golden State Restaurant Group, which owns the McDonald’s location she went to, has certified each of its restaurants as a “Safe Place.”

The Safe Place program is a national youth and prevention program for “young people in need of immediate help and safety,” says the restaurant group’s website.

The program creates a network of locations, including schools, fire stations, libraries and businesses, that display distinctive yellow and black safe place signs. Young people can go to locations with these signs in times of crisis to find a secure place to stay and be connected with a youth service agency or shelter, the program website says.

“We are proud of our team for doing their part in being A SAFE PLACE!” Golden State McDonald’s said in a Facebook post.

“Thank you to our team for handling this appropriately, and to the San Joaquin County Sheriff’s Office Deputies who are constantly serving and protecting our community! We are proud to be in support with both A Safe Place and all of our law enforcement! Thank you for all of the community support and please always be safe and aware!”