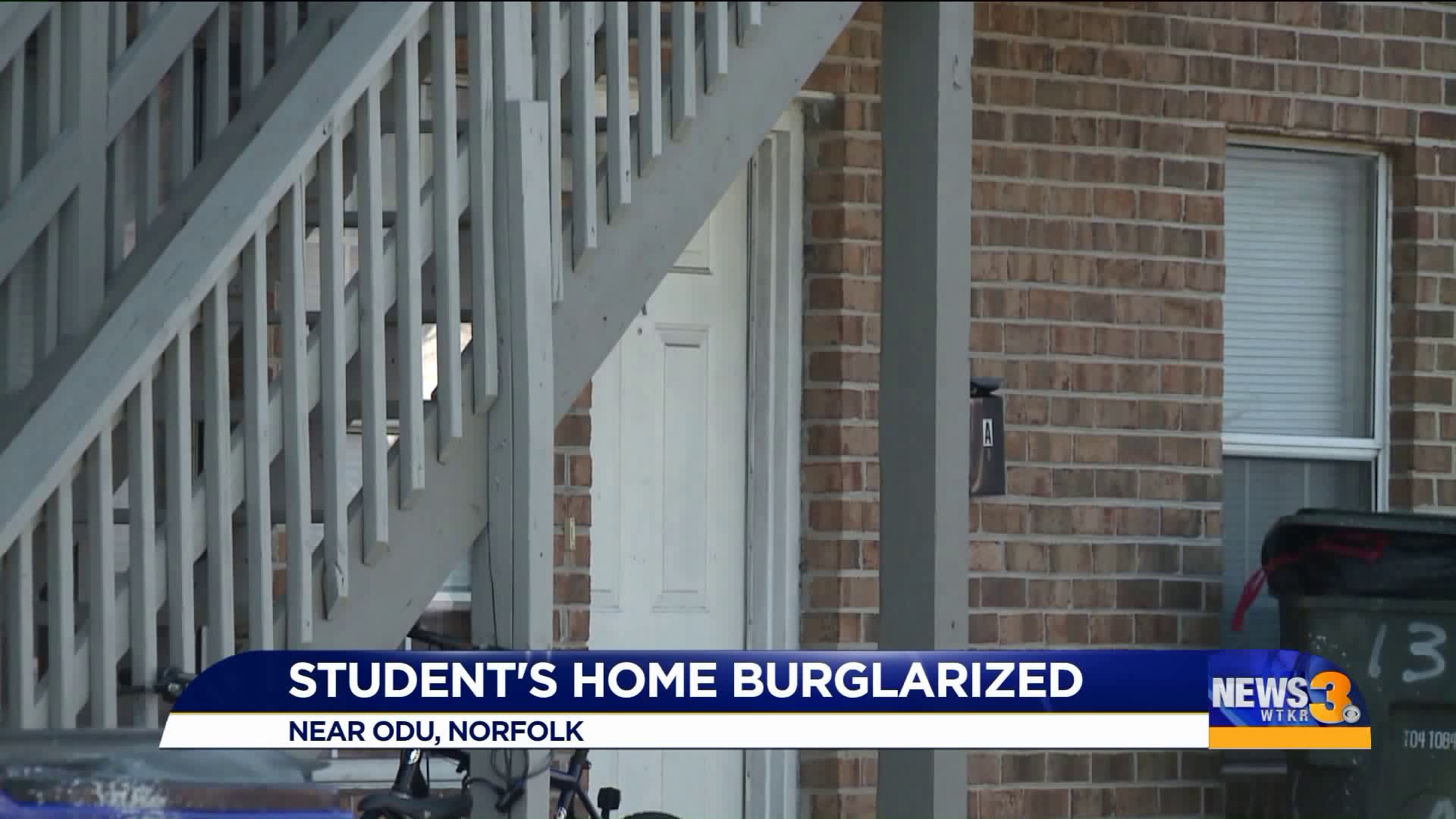 NORFOLK, Va.— A Norfolk burglary right before Christmas is shocking residents in Lambert's Point. They say the victim is an Old Dominion student who left for winter break.

Old Dominion Police reported a burglary on Tuesday in the 1300 block of W. 41st St.

There are many single-family homes in this area, and neighbors say several college students rent out rooms on the block.

Neighbors say police found the door of the residence open on Christmas Eve.

Teria Uzzle lives in the neighborhood and says hearing the news of a burglary down the street makes her feel scared.

“The police said somebody had broke through the back window and then came out the front door,” says Uzzle.

Police report electronics were stolen, but neighbors say they didn’t see or hear anything suspicious until police showed up Tuesday.

Uzzle believes the home could have been targeted if someone knew students lived there.

“A lot of students do leave and then a lot of people do watch their houses to see if anybody is home or not home, but that’s any neighborhood that you live in. People have to be aware of your surroundings,” says Uzzle.

Chassidy Moore also lives in the neighborhood. She says the street doesn’t get a lot of traffic, so she’s surprised someone would burglarize a home in the area.

“It’s disturbing that somebody would enter anybody’s home at any time, so we just kind of look out for each other and just make sure that we keep our eyes open for everybody,” says Moore.

Moore says crime can happen anywhere, which is why she believes more neighbors need to look out for each other.

“We’ve lost a lot of looking out for one another as the years have gone on. We just have to maintain and look out for your neighborhood; keep your property values up and just keep going.”