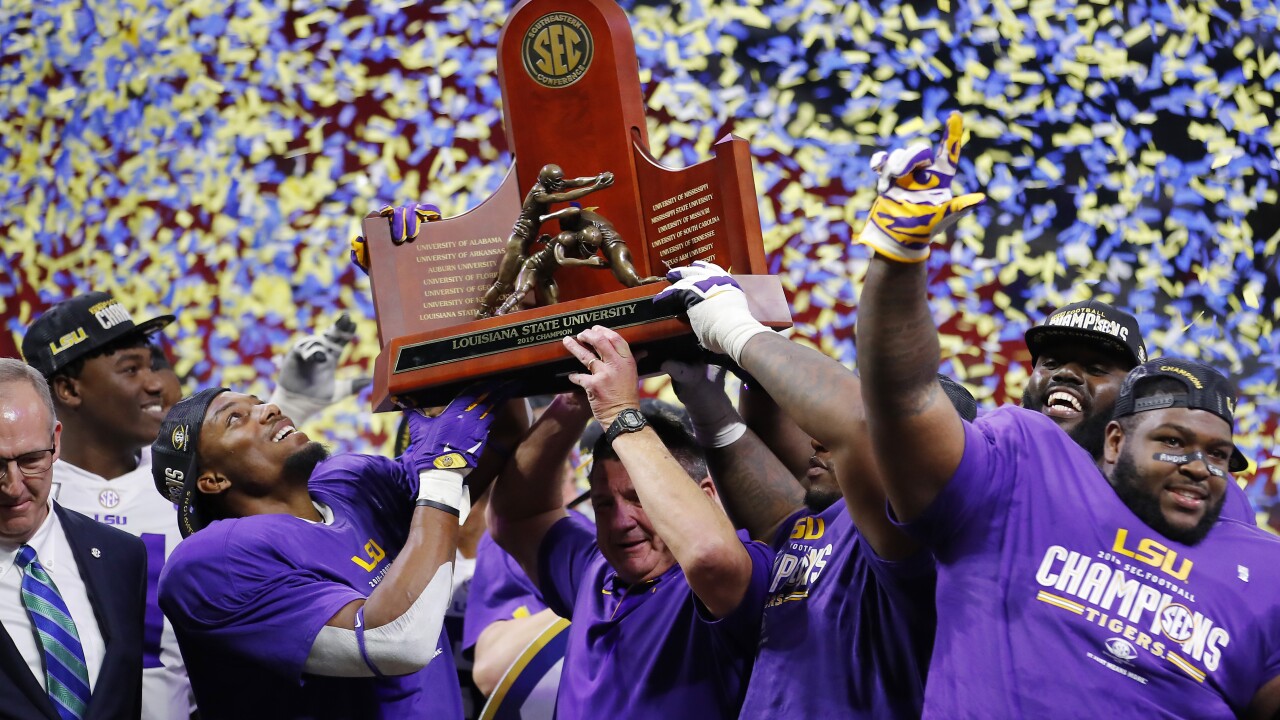 ATLANTA, GEORGIA – DECEMBER 07: The LSU Tigers celebrate with the trophy after defeating the Georgia Bulldogs 37-10 to win the SEC Championship game at Mercedes-Benz Stadium on December 07, 2019 in Atlanta, Georgia. (Photo by Todd Kirkland/Getty Images)

While this experience is a first for LSU, the Sooners have been to the CFP three times before, but Oklahoma has never been able to advance to the championship game.

“I’m sure they have the advantage. I’m sure they know to how to handle the situation, handle the hype,” LSU head coach Ed Orgeron said about Oklahoma’s playoff experience. “They’ve come from behind in big-time games. They have great players, great coaches. Probably gives them a little advantage of being here before.

ATLANTA, GEORGIA – DECEMBER 07: Joe Burrow #9 of the LSU Tigers as he stands on the field after defeating the Georgia Bulldogs 37-10 to win the SEC Championship game. (Photo by Kevin C. Cox/Getty Images)

“But the newness also gives you an advantage. We’re excited to be here, man. This is fun. When we walk into the Dome and we see College Football Semifinals in the playoffs, it means a lot to us. It means a lot.”

Saturday’s matchup features the nation’s top two offenses. The Tigers have the No. spot averaging 555.4 yards per game, barley ahead of Oklahoma’s 555.2. The Tigers rank second in passing offense and third in scoring.

The newness of the College Football Playoff hasn’t distracted the Tigers from treating this week as a business trip.

“Listen, we’re not going to the bowl,” Orgeron said about the purpose of his team’s Peach Bowl appearance. “We’re going to win a playoff game.

“We’ve had 100 percent curfew every night. Everybody in for curfew. The focus has been tremendous. They totally get that this is a playoff game.”