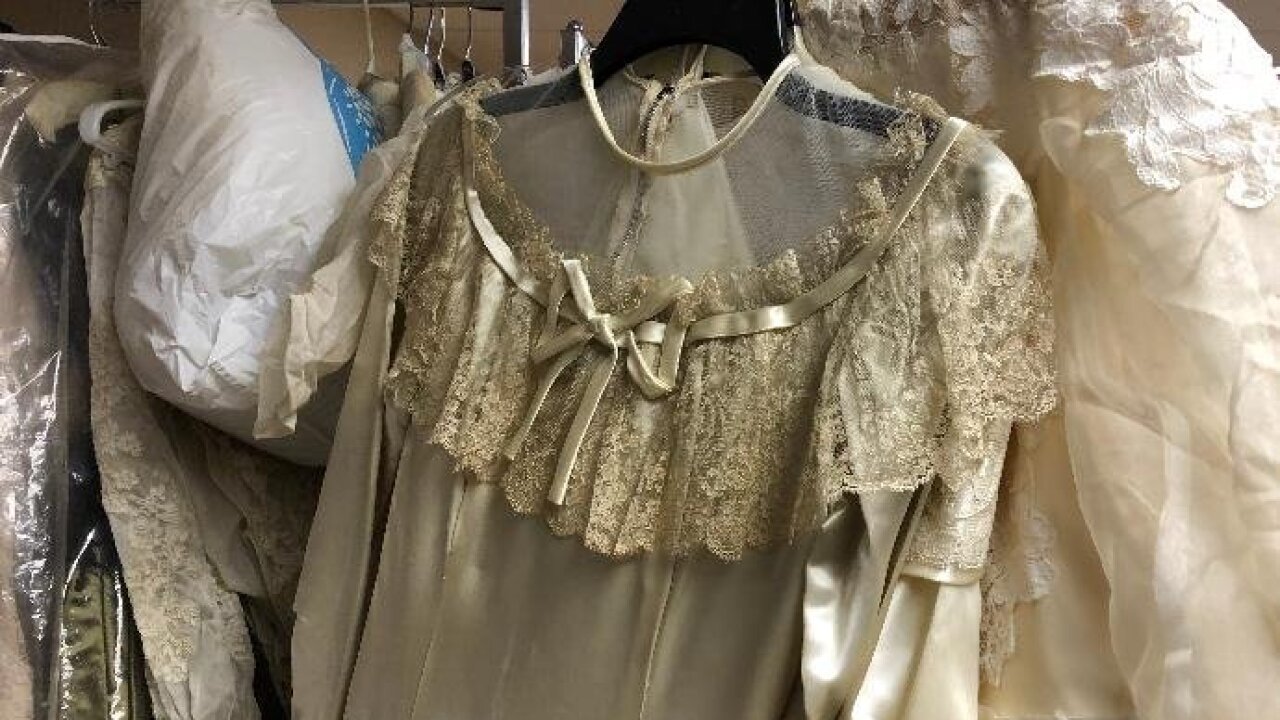 **Embargo: Flint-Saginaw-Bay City, MI** A Midland county woman is on a mission to return around 50 vintage wedding dresses to their owners.

SANFORD, Mich. (WJRT) — A Midland County woman is on a mission to return around 50 vintage wedding dresses to their owners.

**Embargo: Flint-Saginaw-Bay City, MI**
A Midland county woman is on a mission to return around 50 vintage wedding dresses to their owners.

The dresses came from Sempliners Bride and Formal in Bay City, which unexpectedly closed earlier this year.

Dolores Porte of Sanford purchased a large lot of formal dresses from a man who bought them during an auction.

Porte said she was expecting between 100 and 200 formal dresses in the shipment. Porte, who is a ballroom dancer, hoped to find a few for herself and then sell the others at a reasonable price.

But as she untangled the hangers and neatly hung up the dresses in her basement, she quickly realized there was more than she anticipated.

Porte had around 600 formal dresses and a surprise.

“It’s like having an exotic pet in my basement. People want to come and see, ‘What is this you have?’ and ‘Why did you buy it again?'” Porte said.

“These were in different boxes; they were like a treasure that we found.”

The dresses each had something extra with them.

Related: Navy veteran to be reunited with college ring 15 years after it goes missing

“The marriage license,” Porte said. “And look at the picture is in black and white.”

The navy blue velvet dress Porte showed us is from 1936 – during the Great Depression.

“Then I realized when the stories came with them and the pictures of the bride that some were from the early 1900s, the 1930s, the 1960s, and these were vintage wedding dresses that belonged to families in the Bay City area,” Porte said.

From what Porte has learned, Sempliners used these dresses as window displays during the Tall Ship Celebrations dating back to 2010.

Porte has been able to get a few of the vintage wedding dresses back to families, but she’s hoping to find more.

“I’d love to connect with the family and get the dress back to them and have it be sort of a surprise Christmas present to find some heirloom of their family while families are in town seeing each other,” Porte said.

If you think you have a connection to one of these vintage dresses, feel free to contact Dolores Porte at 989-245-9246 or djp12@hotmail.com.