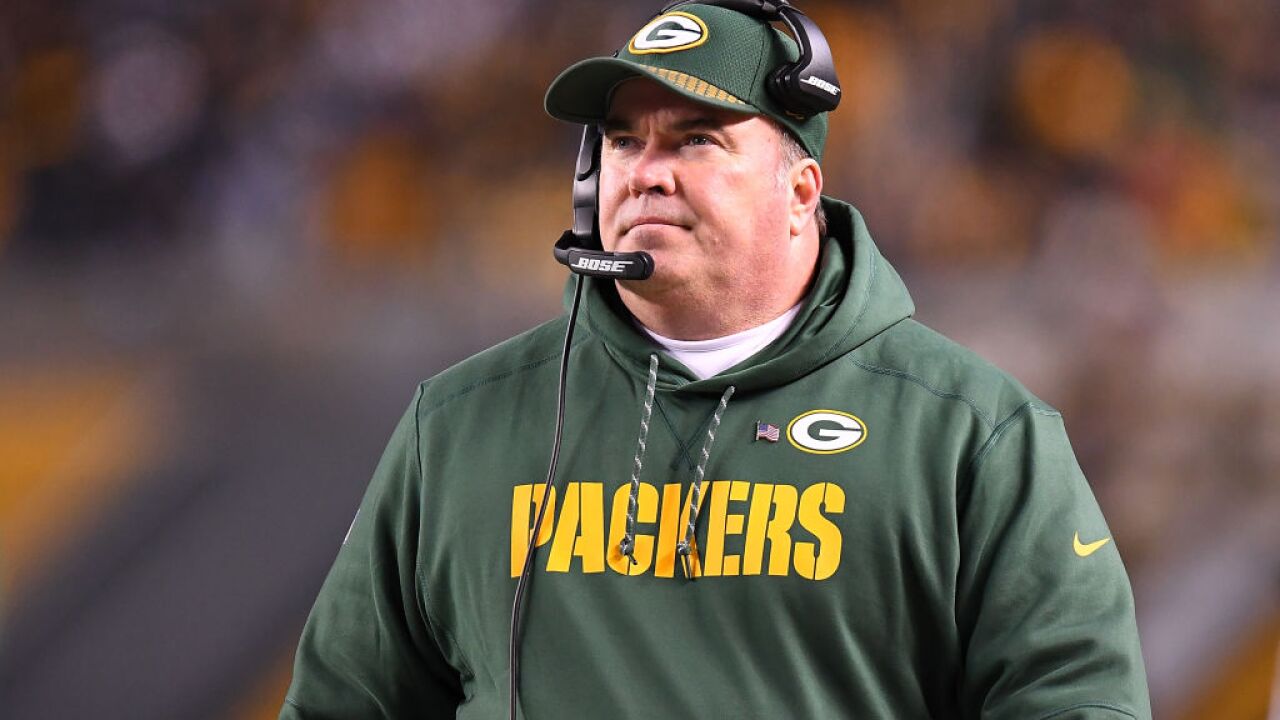 PITTSBURGH, PA – NOVEMBER 26: Head Coach Mike McCarthy of the Green Bay Packers looks on from the sidelines in the first half during the game against the Pittsburgh Steelers at Heinz Field on November 26, 2017 in Pittsburgh, Pennsylvania. (Photo by Joe Sargent/Getty Images)

McCarthy made eight consecutive postseason appearances from 2009 to 2016, and won the 2011 Super Bowl.

The team is in a coaching search after firing Ron Rivera, who was the fourth head coach in the team’s history, at the start of the month.

In Rivera’s nine seasons with the Panthers, he guided the team to a Super Bowl appearance, an NFC Championship and three NFC South titles.