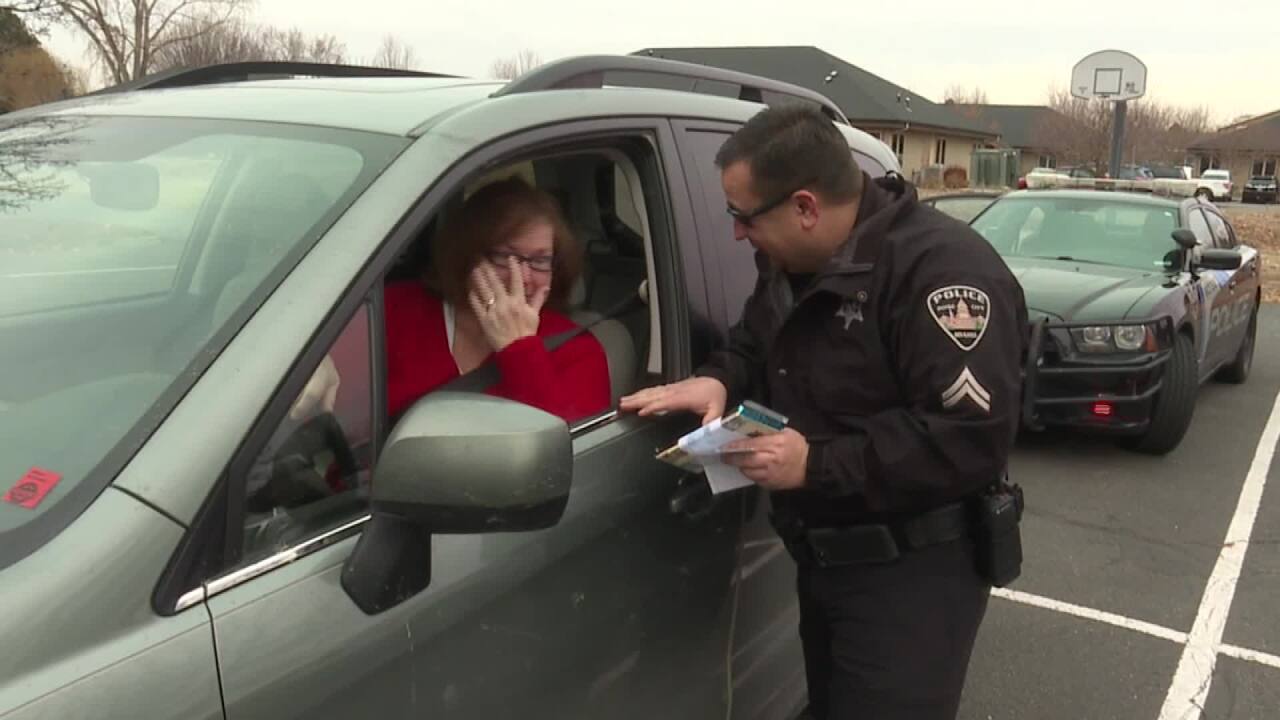 A Boise police officer gives a woman candy bars and a reminder on driving safety during a recent traffic stop.

Some drivers in Boise, Idaho, have gotten a jolly surprise after seeing flashing blue lights in their rear-view mirrors: Police are giving out candy instead of tickets for some minor offenses.

A Boise police officer gives a woman candy bars and a reminder on driving safety during a recent traffic stop.

In the days leading up to Christmas, Boise police officers have been giving motorists chocolate bars and a safety warning during traffic stops.

“That positive interaction we that have with them is an opportunity for us to help educate them on being aware of their driving and being safe drivers,” Cpl. Kyle Wills told CNN affiliate KIVI.

The drivers get two candy bars — one to enjoy and one to give to someone else, who they think needs a pick-me-up.

“The fine is you have to pay the other one forward to someone who you think can use the other one. Fair enough?” Wills told a driver during a recent traffic stop.

Wills told KIVI that some drivers get emotional when they realize that they’re not getting a ticket.

Related: Turkeys get rounded up by Norfolk Sheriff’s deputies to go to needy families

“It’s hard. It’s Christmas and our finances are kind of tight, so to have this kind of fine is really awesome,” one driver, who wasn’t identified, told the station.

This is the sixth year the Boise Police Department has given out candy instead of citations during the holidays.

Another excited driver told the station that police could pull her over any time, after getting candy from an officer.

That traffic stop may not be as sweet, because officers will be pulling their ticket books back out after Christmas Day.