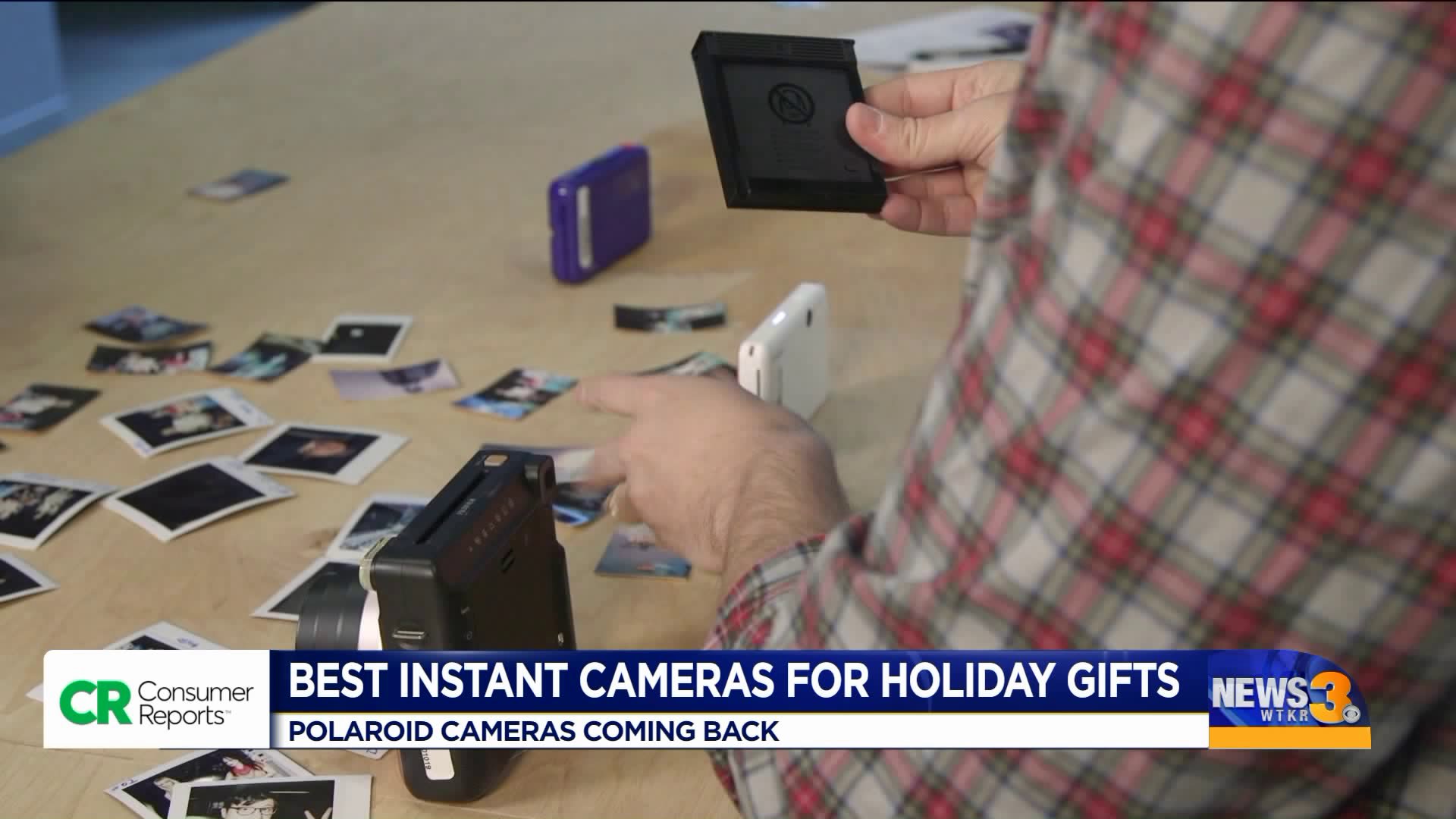 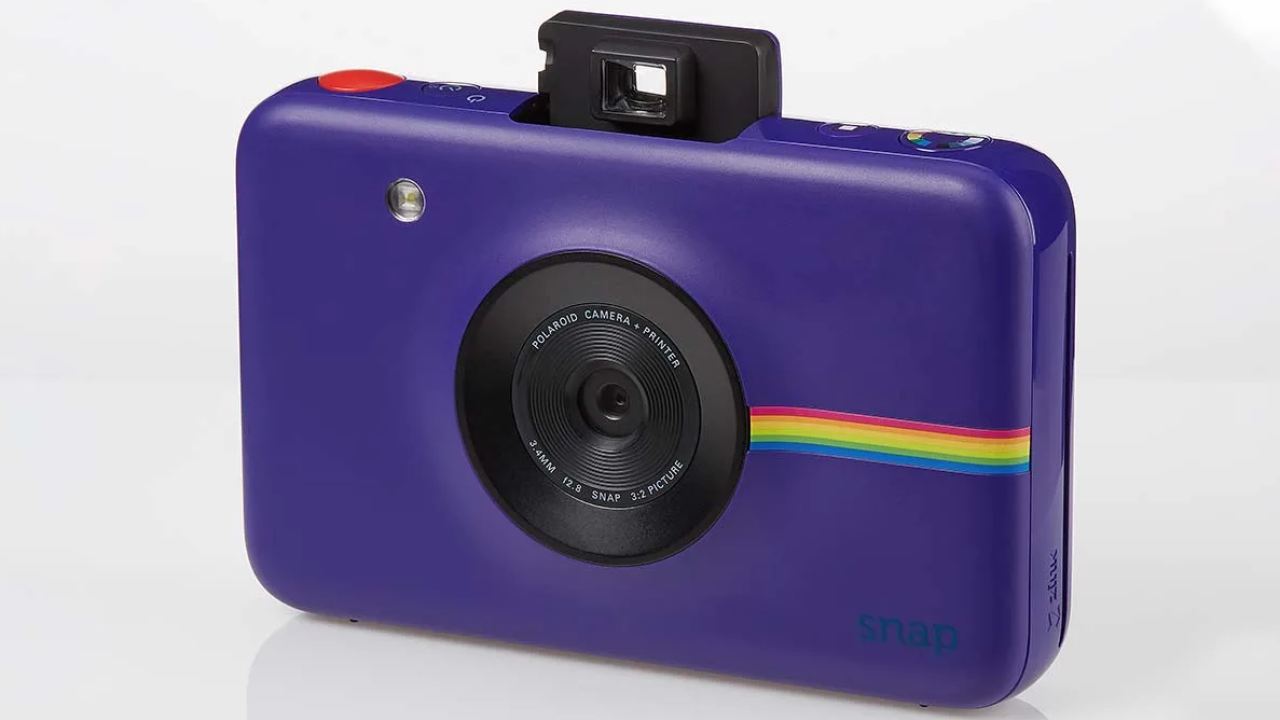 It’s hard to resist the allure of instant cameras. They’re so much fun to use, so Consumer Reports put together a list of cameras and how they stacked up when used.

In an era when virtually everyone has easy access to the camera on a smartphone, instant cameras offer something more: the opportunity to hold a physical copy of your photo within seconds of taking it, then admire it—not on a sc

reen, but on a wall, in a notebook, or on the fridge.

Instax cameras are very similar to the first Polaroid that debuted in 1958. Each print contains all the chemicals required to develop a picture. You expose the film to light, the camera spits out a print, and you watch as the picture develops in front of your eyes.

Zink cameras are more like digital cameras with a photo printer attached. They use Zink (short for “zero ink”) paper, which reacts to heat to produce the image. You don’t watch the photo develop. It simply emerges from the side of the camera fully printed. Because the image is recorded digitally, you can even apply color filters before it arrives in the world.

To get a better idea of how today’s instant cameras perform, we chose six models—three Instax and three Zink—and put them through an informal trial. The models range in price from $69 to $299. Our in-house photo expert Artur Pietruch snapped photos with each in the controlled environment of our camera lab, simulating the daylight and low light conditions one might encounter in real life.

We also took each camera into the wild to see how easy it is to use on the go.

As with the products we routinely test at Consumer Reports, we bought the cameras at retail, the same way you would. We didn’t fully evaluate the image quality, though, in the manner we do for the models in our ratings. We simply compared the photos captured by each under varied lighting conditions.

We also noted significant drawbacks. The auto focus on the cameras was often spotty, for example. Some models didn’t have the option to turn off the flash. And digital image stabilization is non-existent, so be prepared for motion blur.

But there’s no disputing that shooting with these cameras is fun. The ability to see and hold a snapshot just seconds after you shoot it is still a nifty crowd pleaser.

Here are more detailed thoughts on each of the six models we used.

Instax cameras employ the same sandwiched layers of emulsion and dye once found in Polaroids. And in a world of touch screens the click-and-whir as you shoot a photo is oddly pleasing. Gathering around to watch as the photo develops still has a touch of magic, too.

And while the prints are not particularly sharp, they do have character—a certain overexposed, dashed-off quality that gives everything the gauzy blur of a good time. In the same way that nearly everyone looks good in photo booth pictures, most everyone appears to be having fun in an Instax shot.

But Instax prints aren't cheap. They range anywhere from 66 cents to $1.15 per shot, depending on the brand of paper you use. And there's no way to know whether you underexposed a shot or caught someone blinking at the wrong time, until you have the ill-begotten snapshot in your hand.

To make room for the paper, Instax cameras tend to be bulkier than their Zink counterparts, too; you can’t just slip them into your pocket. And none of the Instax cameras we tried had an SD card, which means there's no way to store a digital file of that image you love. You only get the one copy.

For some, that may add to the appeal—in a largely digital world, a single analog print of a moment is an interesting anomaly—but try explaining that to a disappointed grandparent or partygoer.

The Best All-Around Option
Price: $99 at Adoroma, Amazon, and Target
While smaller in size, the square Instax prints from this camera are the closest thing we found to the Polaroid pictures we all remember so fondly.

The model also offers shooting modes that make things fun, whether that’s a selfie portrait (a mirror on the front of the camera helps you frame the shot) or more artsy double exposures.

On the downside, the autofocus didn’t always work correctly—marring some shots we took in the lab and in the real world. The same goes for the Macro Mode, designed for shooting items up close. We also found it hard to not overexpose images, even when using the camera’s Darken Mode.

But overall, this camera ranks highest on our holiday wish list.

The Best Picture Quality
Price: $299 at B&H Photography
For those willing to splash out a few hundred dollars, this model from the esteemed German camera maker Leica is worth a look.

While the rectangular 1.8-inch-by-2.4-inch format may not mimic a traditional Polaroid, the prints from the camera tend to have higher image quality than those produced by the Instax Square SQ6.

But the high price tag makes this model a very expensive way to have fun.

Cheap and Fun
Price: $50 at Amazon and Best Buy
A decent stocking stuffer, the Fujifilm Instax Mini 9 comes in a variety of colors and at first blush looks like a toy camera.

The picture quality is limited, with prints that shift between over- and underexposure. Some of that may have to do with settings adjustments that involve turning a dial.

The Mini 9 is supposed to take ambient light readings and recommend a setting, but when we gave it a try, the camera suggested the same setting for bright daylight and a relatively dark room. You can’t turn off the flash, either. To “disable” it, you have to put your finger over the bulb.

Still, for someone interested in dipping a toe in the world of instant cameras, the Mini 9 is capable of taking fun photos, particularly if you want to snap pictures of people and faces. And the price makes it ideal for a gift or even a bulk buy for the tables at a wedding reception.

In some ways, Zink cameras are less satisfying than their Instax rivals. You lose the magic of watching the blank canvas spit out of the machine and develop right before your eyes.

The images often lack deep blacks, too, and tend to have a noisy, textureless quality that frequently reminded us that we were printing out an image file, not developing the actual film.

That said, Zink cameras have their benefits.

They're cheaper to operate, with prints costing about 50 cents a pop (or less, if you buy in bulk). And the paper we used had a removable backing that turns any snapshot you take into a sticker that can be plastered onto a holiday card, notebook, or laptop.

Zink cameras are also thinner, so they easily slip into a pocket.

And the models below all save your image files on an included mini-SD card, allowing you to share the photos you truly love with someone else or simply print them out in a larger format.

The Standout
Price: $80 at Amazon and Best Buy
This model nails the basic promise of instant cameras: You point, you shoot, and a few moments later a photo emerges. Not just any photo, but an image with the dynamic range to rival the Cliq's film counterparts above.

It's also the easiest camera to use among the three Zink models we tried. You can choose whether to print a photo in a 2-inch square with a white border beneath it or the more elongated 2-inch-by-3-inch format. The model also gives you the option to reprint the last photo taken in case someone else wants a copy.

We did find it puzzling, though, that the Cliq does not take digital photos when there's no paper loaded into the camera.

But that's no deal breaker, given that your smartphone camera likely takes better snapshots, anyway. What you want, and what you get, from the Cliq is the ability to have a physical photo to hand out less than a minute after taking a picture.

Quick Printing, So-So Quality
Price: $70 at Amazon and Best Buy
If patience isn’t your strong suit, the Kodak Printomatic is the fastest Zink camera of the bunch, producing a fully printed photo just 38 seconds after the shutter was pressed. By comparison, the Canon above took 46 seconds and the Polaroid Snap (below) required 50 seconds.

Before you can begin shooting with the Kodak with a new pack of film, though, you have to take a few minutes to scan a paper color calibration sheet with the camera. The model also stores photos on the SD card at a higher resolution than the other Zink cameras we tried, which is nice if you want to order a larger print down the road.

The camera makes no sound when you take a photo, though, which we found perplexing. It beeps about a half-second later instead. And, while you have the option to shoot in monochrome or color, we didn’t find the monochrome pictures to be particularly appealing, due in part to a lack of deep blacks in the prints. The camera's color prints look undersaturated at times.

The Underperformer
Price: $70 at Amazon
Polaroid went out of business in 2001, so note that the name is being licensed here by C+A Global.

With this camera, we had many of the same complaints outlined above: There’s no “click” of the shutter to indicate when you’ve taken a photo and the color mode options (monochrome, sepia, and full-color) function more like a gimmick than a useful feature.

The print quality is another letdown, compared with even the Kodak Instamatic. The viewfinder is also unreliable; potentially leaving you with printed photos of subjects with missing limbs and heads. Simply put, there are better Zink cameras out there in the same price range.