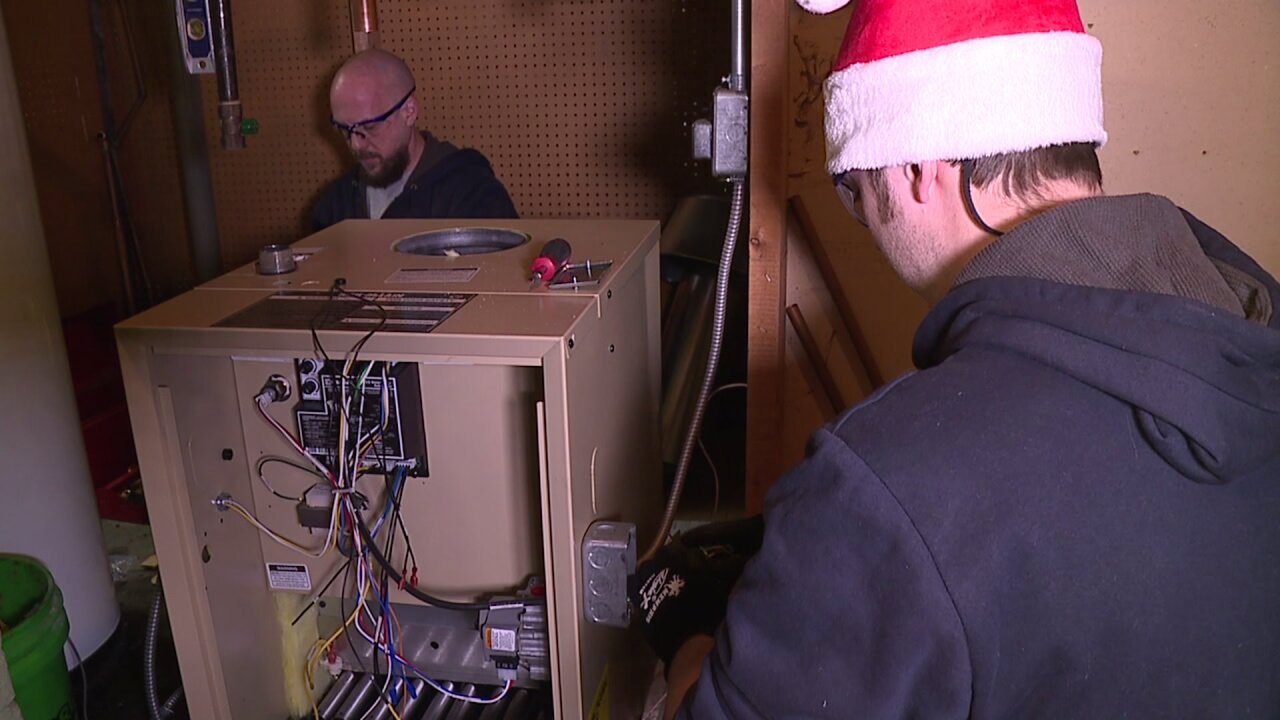 MOLINE, Ill. (WQAD) - Kale Heating and Air Conditioning donated a new boiler to 74-year-old Rosemary Reynolds and her son Kenneth, after they lived without heat in their home for weeks.

The donation comes just before the holidays and Rosemary's 75th birthday on Sunday, December 22.

Rosemary calls this donation a miracle.

"Angels don't always have wings," she says. "They walk among us everyday."

Kale Heating and Air Conditioning Estimator Kevin Wayert says Rosemary's boiler was emitting carbon monoxide, and a project like this costs between $5,000 to $7,000.

He says the donation is all about paying it forward.

"What better birthday gift is a boiler, which is also a Christmas gift at the same time," Wayert says.

Even strangers from across the Quad Cities have helped the Reynolds out, donating food, clothes and blankets.

"We need more people like that in the world, to show compassion and caring for another human being," Rosemary says.

Rosemary and her son Kenneth want to thank everyone who's reached out through social media to check on them.

Rosemary says she also wants to thank her neighbors, Stephanie and Justin, for helping her since last month, letting them borrow space heaters and reaching out to Kale Heating and Air Conditioning.

Project Now, the agency helping the family get a new boiler from the state, did reach out to Rosemary on December 20, telling her that they had yet to hear anything from the state about repairs.