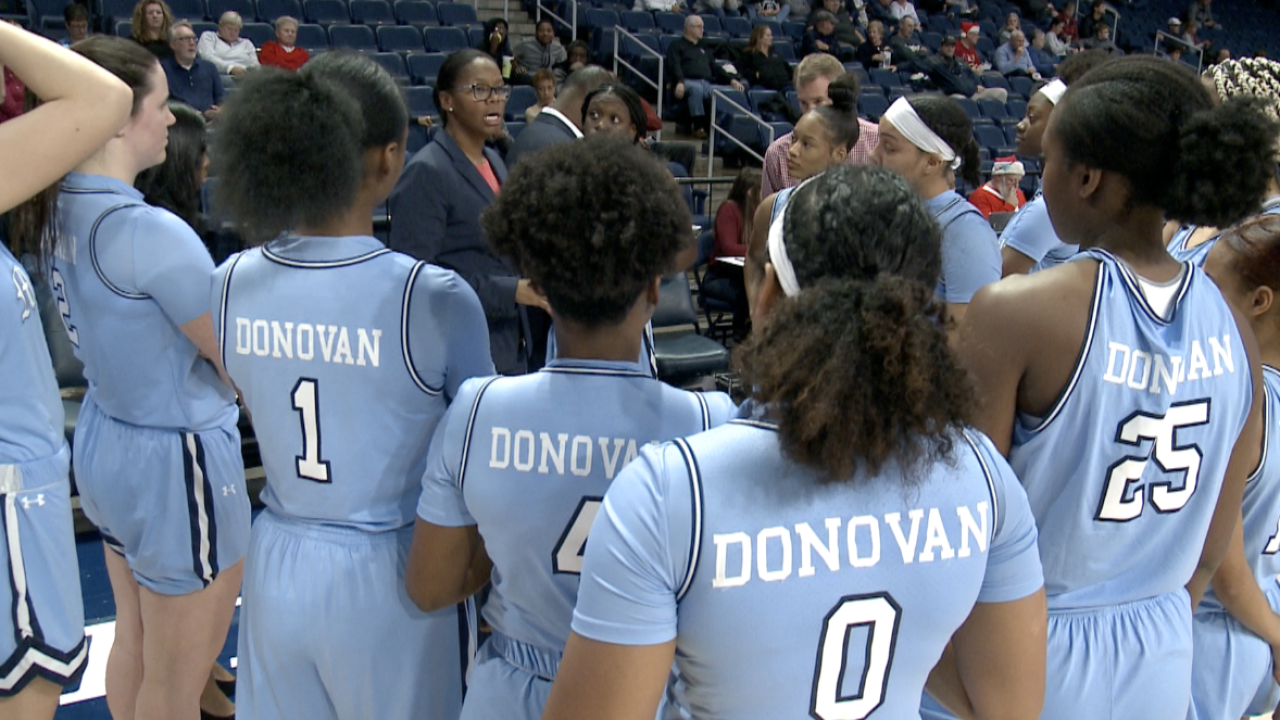 NORFOLK, Va. (ODUSports.com) – In the inaugural Anne Donovan Classic, the Old Dominion (10-2) women’s basketball team went 3-0, closing out their weekend with a 85-34 win over Mount St. Mary’s (5-7) on Saturday afternoon.

“I think our kids exemplified her (Anne Donovan) spirit and her hard work and passion of the game,” exclaimed head coach Nikki McCray. “I’m so thankful for Richmond, Hampton and Mount St. Mary’s for participating in this tournament. I can’t thank the fans enough for coming out and supporting the tournament. Anne’s family was here and I’m thankful to them for allowing us to host the Anne Donovan Classic.”

After scoring 31 points in the third quarter against Hampton on Friday night and setting a school record for most points scored in a quarter, the Monarchs were just short of surpassing that same record with a 29-point first quarter. They started that quarter on a 13-0 run before allowing the Mount to score a field goal. In the second, junior Victoria Morris scored three, three-point field goals, scoring nine points during that time frame.

“We did what we needed to do and we did it in great fashion. From start to finish we had great tempo, great pace and played well together. We finally got our grove back.”

Overall, ODU shot 58-percent. Morris was seven-of-nine in field goals, she added an assist and a steal. 80-percent from the free throw line is the teams best mark in that department all season. Through the Monarchs last three home games, ODU has led nearly the entire game of each contest.

Up Next
The Monarchs will open 2020 on the road at Middle Tennessee, where they will start C-USA action on Jan. 2.