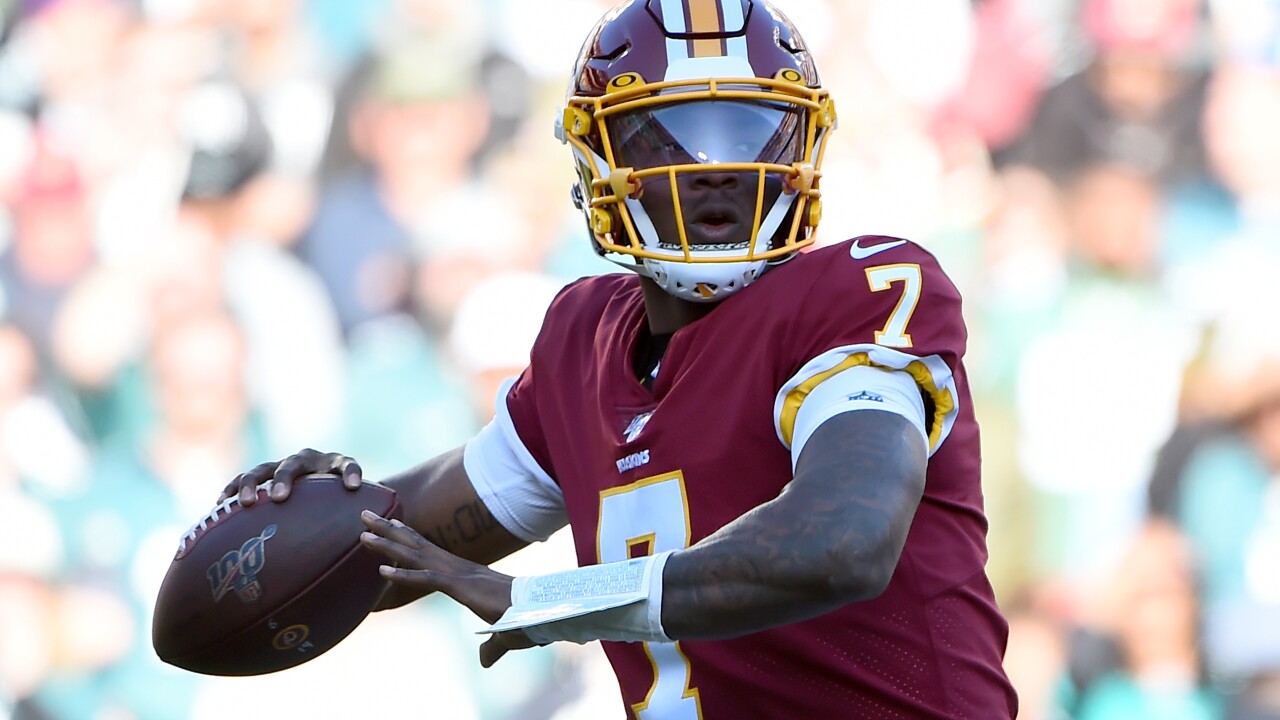 LANDOVER, MD – DECEMBER 15: Dwayne Haskins #7 of the Washington Redskins looks to pass against the Philadelphia Eagles during the first half at FedExField on December 15, 2019 in Landover, Maryland. (Photo by Will Newton/Getty Images)

LOUDOUN COUNTY, Va. – Washington Redskins quarterback Dwayne Haskins has been named the NFL Rookie of the Week for Week 15.

The honor comes after a career-best outing against the Philadelphia Eagles.

“Probably best game statistically, but probably the best game as far as just putting everything on tape,” Haskins said. “We were doing that all week in practice and just trying to translate it to the game and I felt like that game was the game that we capitalized the most.”

On social media Haskins gave credit to his offensive linemen, tweeting, “Yesssiirr, shoutout to the hogs up front.”

Haskins, who was selected 15th overall in the 2019 NFL Draft, has thrown for 1,232 yards and five touchdowns over the course of eight appearances.

“I think anybody that has observed Dwayne has noticed more command,” interim head coach Bill Callahan said about the rookie’s progression. “I just think his overall game is getting better every week. And I mentioned this to you before, anytime a young quarterback has the ability to play and get on the field, they just learn so much more.

“His retention factor is very good. He doesn’t make the repetitive mistake that some young guys can make. He doesn’t make the same error twice. I can go on and on and I don’t want to bore you, but just his ability to function and to read and obviously get the ball out of his hands at a much quicker rate has really been the biggest development that I can see from our first Giant game to where we’re at right now today.”