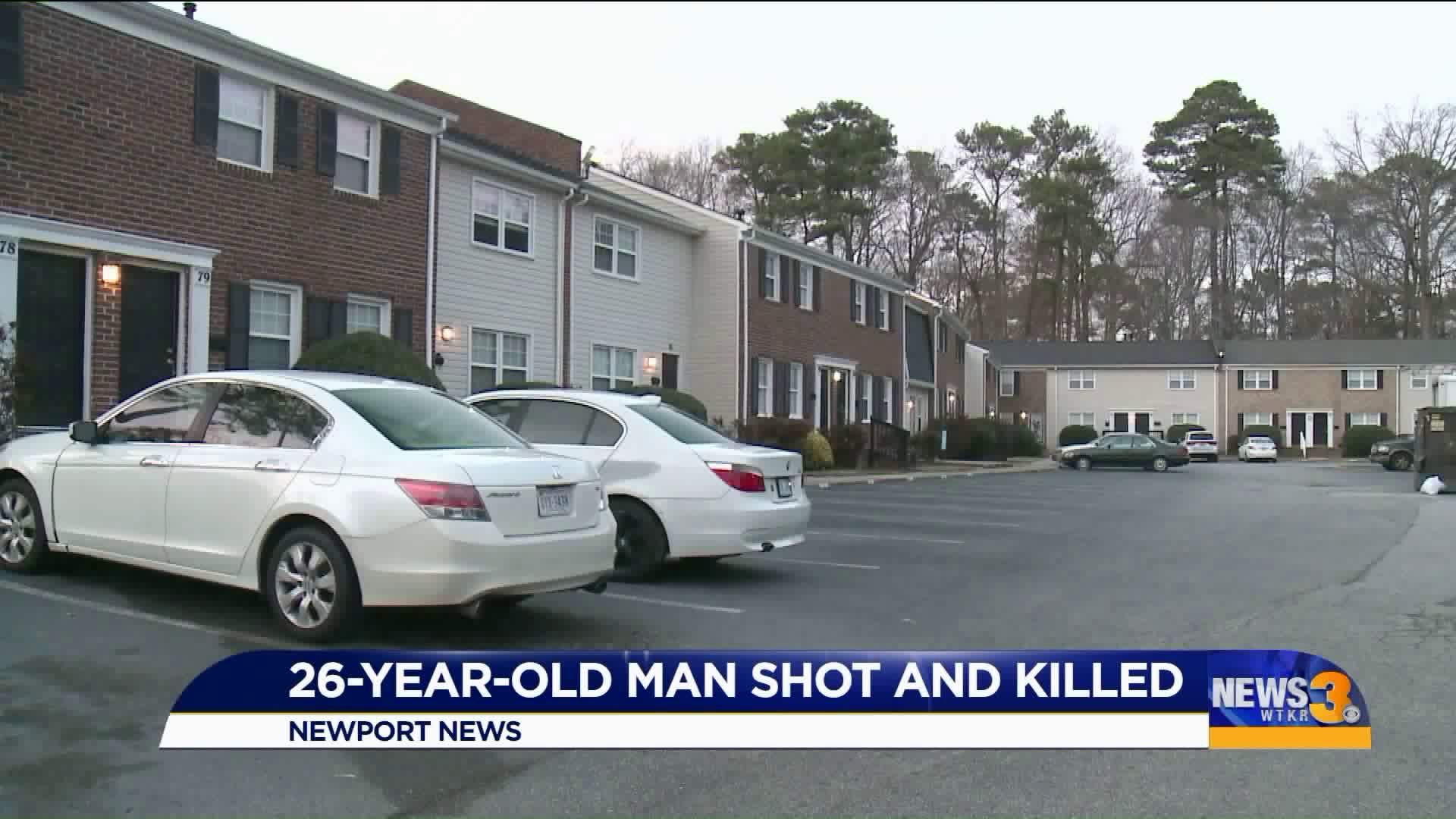 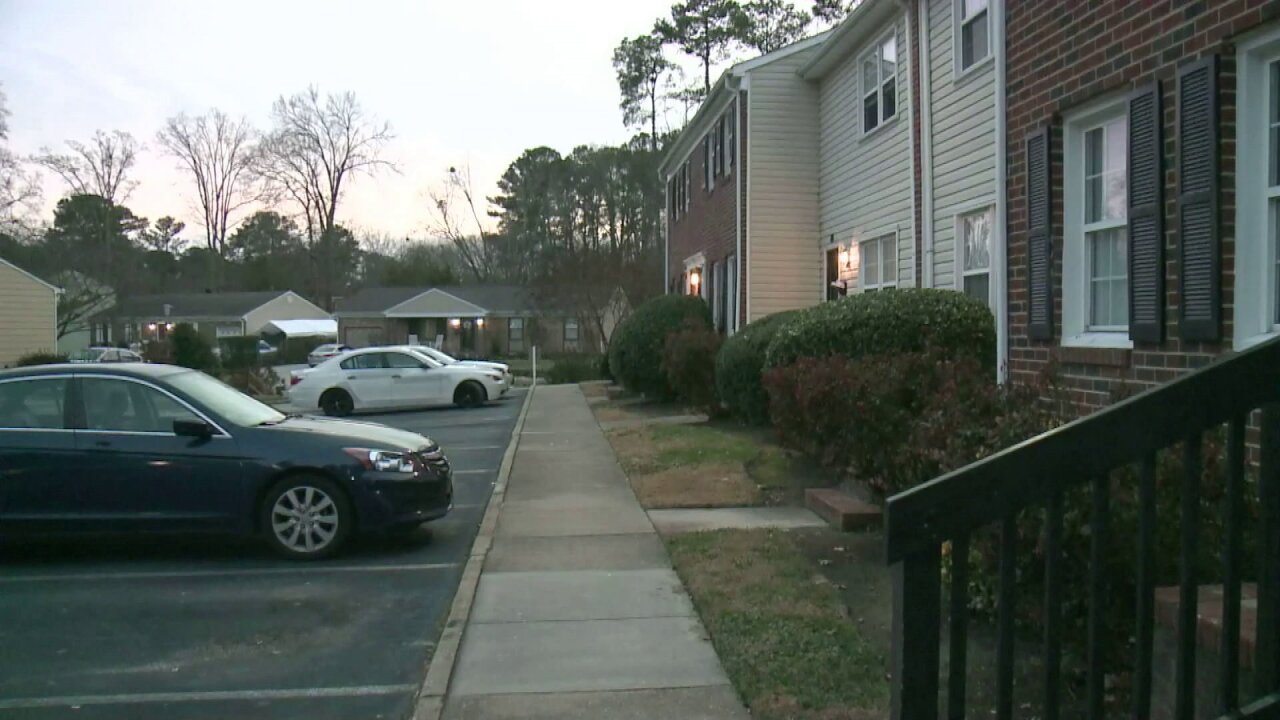 NEWPORT NEWS, Va. - The Newport News Police Department is investigating a shooting in the 800 block of Lucas Creek Road that left a man dead Friday night.

The call came in just before 8 p.m.

Officers arrived to find the man suffering from gunshot wounds. Medics pronounced him dead on scene.

Robert Foster was upstairs in his apartment watching television Friday night when he says he heard a sound.

"I could see people running and then when I ran out, I seen the police. I hear the police coming, so I kind of figured it was something going on here," says Foster.

The sound was gunfire rattling off, one after the other. Neighbors say the heard as many as five gunshots and saw someone get into a red car and speed off.

"It was a younger guy. He was laying on there, and he had bullet holes in his leg and in his chest," says Foster.

Foster says he moved into the his apartment two weeks ago so he doesn't know much about the area, but other neighbors say they don't feel safe living in the apartments off of Paulette Drive and Lucas Creek Road.

There is no definitive suspect information at this time, and the investigation remains ongoing.