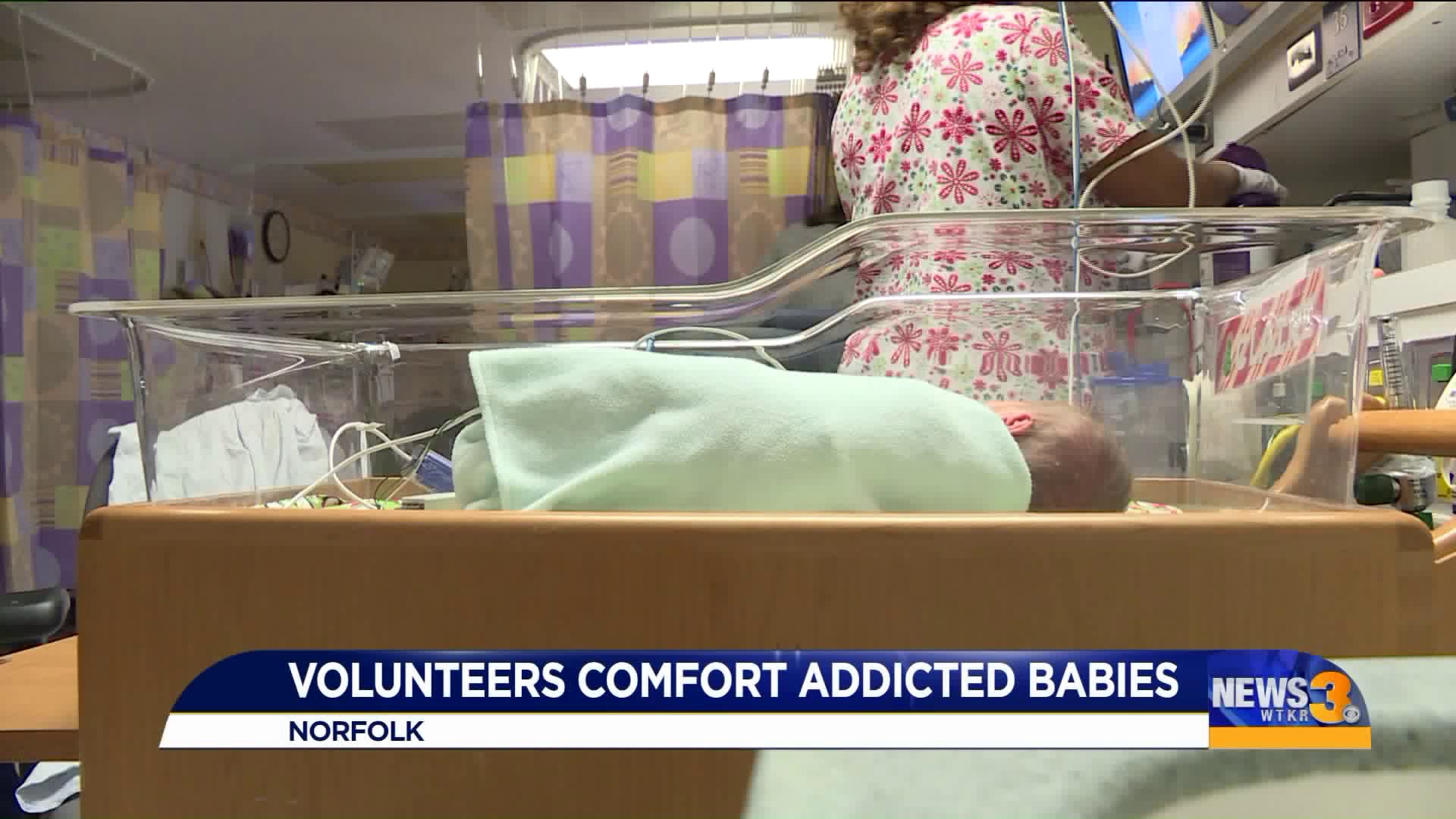 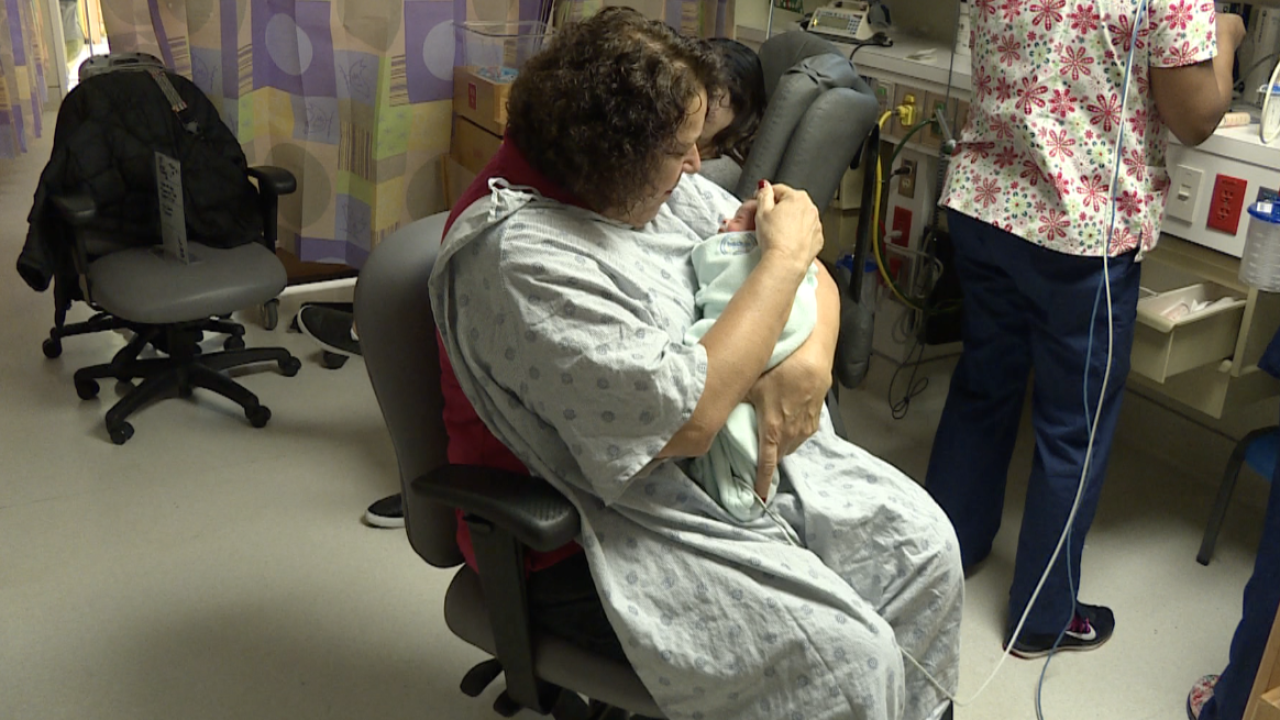 Each week, she holds and comforts them.

“It’s one of the most fulfilling things I’ve ever done in my life,” she told News 3 reporter Brian Hill.

Unlike 18-day-old Claire, who was fast asleep, most of the newborns Englert holds need extra affection.

“Those poor babies did not choose that path,” she said.

Englert is one of 20 volunteers involved in a new program at the hospital - Arms of Love.

They cuddle all newborns but mainly babies with NAS, short for Neonatal Abstinence Syndrome.

“I think it’s horrifying, actually,” she mentioned as she held Claire.

Nurses said NAS is caused when a baby withdraws from opioids they are exposed to in the womb.

“They have this high-pitched cry, they are inconsolable, they have tremors,” Norfolk General Nurse Clinician Brittany Neupert said. “They’ll have loose stools, regurgitation.”

“They saw great outcomes. Babies are going home earlier. They also saw a decrease in the length of methadone, the medicine NAS babies are on,” Neupert said.

For Englert, she hopes her days of affection will stay with these newborns for years.

"Maybe when they get in school they won’t have such a difficult time,” she explained.

The program originally started at Sentara Obici in 2017.