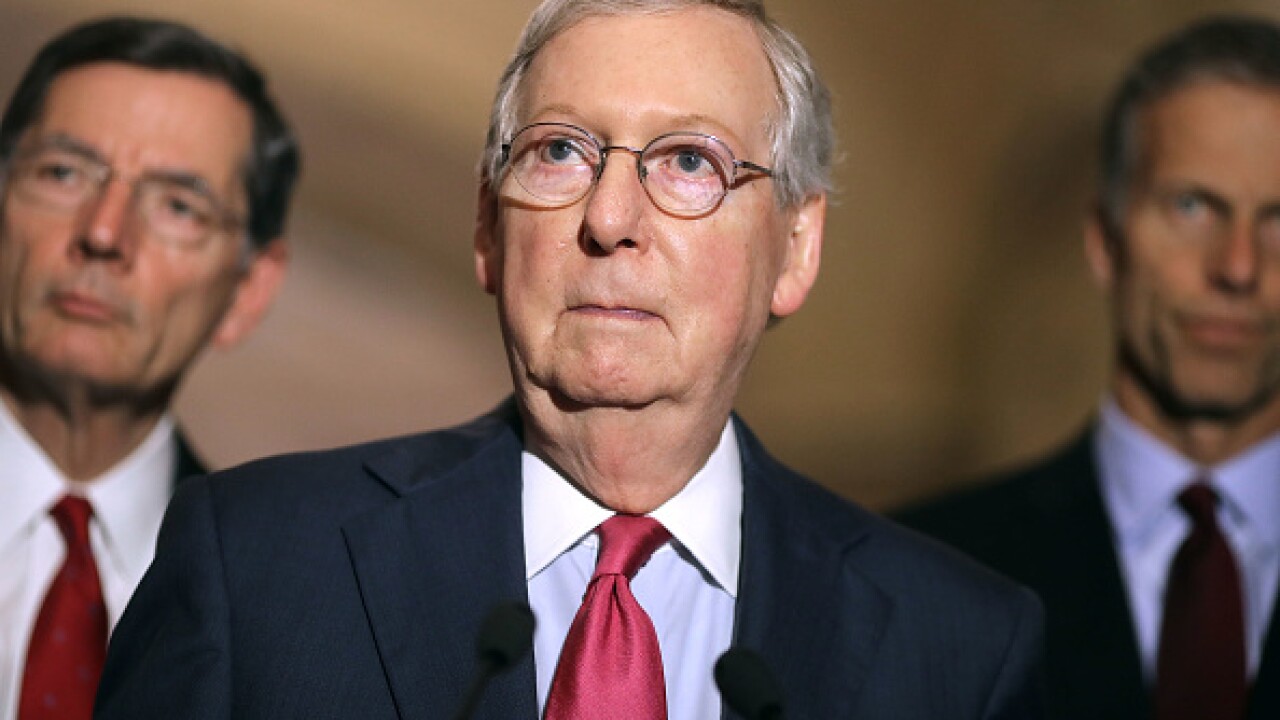 Senate Majority Leader Mitch McConnell is expected to argue on the Senate floor Thursday morning that the impeachment inquiry into President Donald Trump is the “the most rushed, least thorough, and most unfair” in modern history, according to excerpts of his remarks.

McConnell, a Kentucky Republican, will lay out in his remarks why he thinks the two House-passed articles of impeachment against Trump are “fundamentally unlike any articles that any prior House of Representatives has ever passed,” according to the remarks, which were obtained by CNN from a Republican aide.

He plans to accuse Democrats of backpedaling, referring to Senate Minority Leader Chuck Schumer’s request to him for witness testimony and new documents in the Senate trial, saying that his Democratic counterpart “began searching for ways the Senate could step out of our proper role and try to fix House Democrats’ failures for them.”

McConnell, who is expected to speak at 9:30 a.m., will also take aim at House Speaker Nancy Pelosi’s noncommitment to sending the articles of impeachment against Trump to the Senate, saying that “Pelosi suggested that House Democrats may be too afraid to even transmit their shoddy work product to the Senate.”

The Constitution’s framers “built the Senate to provide stability … To keep partisan passions from boiling over,” McConnell will say, adding, “Moments like this are why the United States Senate exists.”

Schumer is expected to respond to McConnell’s remarks, an aide told CNN.

The deeply divided House of Representatives, voting almost entirely along party lines, took the historic step to impeach Trump on Wednesday night, charging him with abuse of power and obstruction of Congress and making him the third president in US history to be impeached.

The Senate trial is expected to begin next month. McConnell said Tuesday that he is “not an impartial juror,” arguing that the Democratic-led impeachment inquiry has been a “political process” and that there is “not anything judicial about it.”