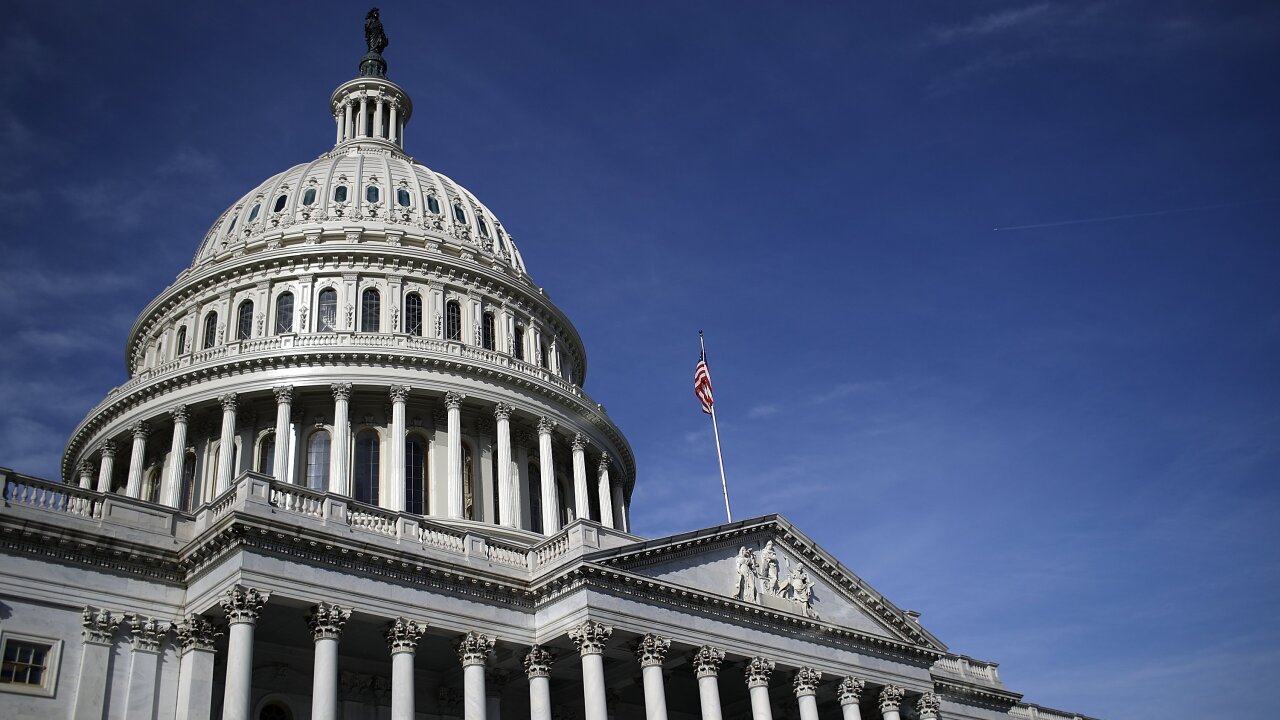 The Senate on Thursday approved a nearly $1.4 trillion spending deal to keep the government funded and avert a shutdown at the end of the week.

WASHINGTON, DC – APRIL 07: Senate Majority Leader Mitch McConnell (R-KY) leaves the floor of the Senate after Judge Neil Gorsuch was confirmed as the next member of the U.S. Supreme Court April 7, 2017 in Washington, DC. The full Senate confirmed Gorsuch by a vote of 54-45. (Photo by Win McNamee/Getty Images)

The Senate passed the deal by green-lighting two separate legislative spending packages, which are now both cleared for the President’s expected signature. Government funding expires at midnight on Friday. The first measure voted on in the afternoon passed by 71-23. The second legislative package passed later in the day and approved by a vote of 81-11.

The sweeping legislative package for funding through fiscal year 2020 includes a military and civilian federal worker pay raise, federal funding for election security grants and gun research, and a repeal of three health care taxes designed to help pay for the Affordable Care Act, alongside a wide variety of other provisions.

The deal maintains the current funding level of $1.37 billion for a border wall, significantly less than the roughly $8.6 billion the administration had been seeking for the President’s signature issue, which triggered a shutdown at the end of last year, but the administration will still have the authority to transfer funds for the wall from other accounts.

The effort to keep the government open comes amid a historic impeachment push and follows a vote in the House of Representatives on Wednesday to impeach Trump, paving the way for a Senate trial where senators will act as jurors and decide whether the President should be removed from office.

Despite an escalation of partisan tensions over impeachment and a series of holdups, including the President’s request for billions in border wall funding, top congressional negotiators succeeded in locking in the broad outlines of a bipartisan funding deal late last week.

House lawmakers passed the two legislative packages earlier in the week that together make up the overall spending deal and the 12 regular annual bills needed to keep the government running.

“A lot of hard work brought this appropriations process back from the brink,” Senate Majority Leader Mitch McConnell said in remarks on the Senate floor on Wednesday, adding that it would result in “stable, full-year funding for our armed forces, including research and modernization” and “deliver on vital domestic priorities,” such as funding infrastructure and transportation projects.

The White House signaled in negotiations that it would accept significantly less money — the current level of $1.37 billion — than requested on the border wall in exchange for maintaining the authority to transfer funds from Pentagon accounts to finance new wall construction, according to people involved in the talks. That agreement made it into the final deal.

The administration will maintain transfer authorities, but the deal does not include money backfilling the $3.6 billion in military construction funds the administration transferred earlier this year to fund the wall — a key priority for Democrats.

In another setback to the President’s border wall push, a federal judge last week blocked the administration from using billions of dollars in Pentagon funds for wall construction, saying the administration cannot use military construction money to build additional barriers on the southern border. The ruling targets only one set of Pentagon funds, however, leaving in place money the Supreme Court allowed to be used earlier this year.

During a closed-door House Democratic caucus meeting on Tuesday, debate over the spending bill was contentious, with liberal members from the Progressive Caucus and Congressional Hispanic Caucus objecting to any money for the border wall in the bill and that Republicans were able to maintain transfer authority for the President.

According to one Democrat in the room who spoke on the condition of anonymity to reveal internal caucus deliberations, Reps. Pramila Jayapal of Washington state and Joaquin Castro of Texas each spoke up about their frustration that with Democrats in the majority in the House, they shouldn’t be making such big concessions on the border wall. Leadership’s message was this is the reality of governing with Republicans in control of the Senate and the White House.

The spending package also establishes a new position within the Department of Homeland Security designed to oversee immigrant detention.

The position — dubbed immigration detention ombudsman — serves a number of functions, including addressing complaints and conducting unannounced inspections of detention facilities. Over recent months, immigration facilities have come under increased scrutiny following overcrowding and deaths in custody. The position appears intended to address some of those concerns.

The sweeping deal includes an increase of $22 billion relative to fiscal year 2019 levels for defense spending and delivers a 3.1% military pay raise along with a pay raise for federal civilian workers. It provides $425 million in funding for election security grants.

Lawmakers also agreed to ban the sale of tobacco products to anyone younger than 21 and to repeal several health care taxes.

The medical device tax, health insurance tax and “Cadillac” tax on employer plans — all of which have faced bipartisan opposition on Capitol Hill and have been targeted by health care industry lobbyists for years — would be repealed in the agreement. Their opponents on Capitol Hill have been looking for a popular bill they can be attached to, and this spending package is the last train leaving the station in 2019.

The spending bill also includes $25 million for gun research at the Centers for Disease Control and Prevention and the National Institutes of Health, which has long been a Democratic push. It maintains the long-standing prohibition on any funds being used to advocate or promote gun control.

This story has been updated with additional developments Thursday.