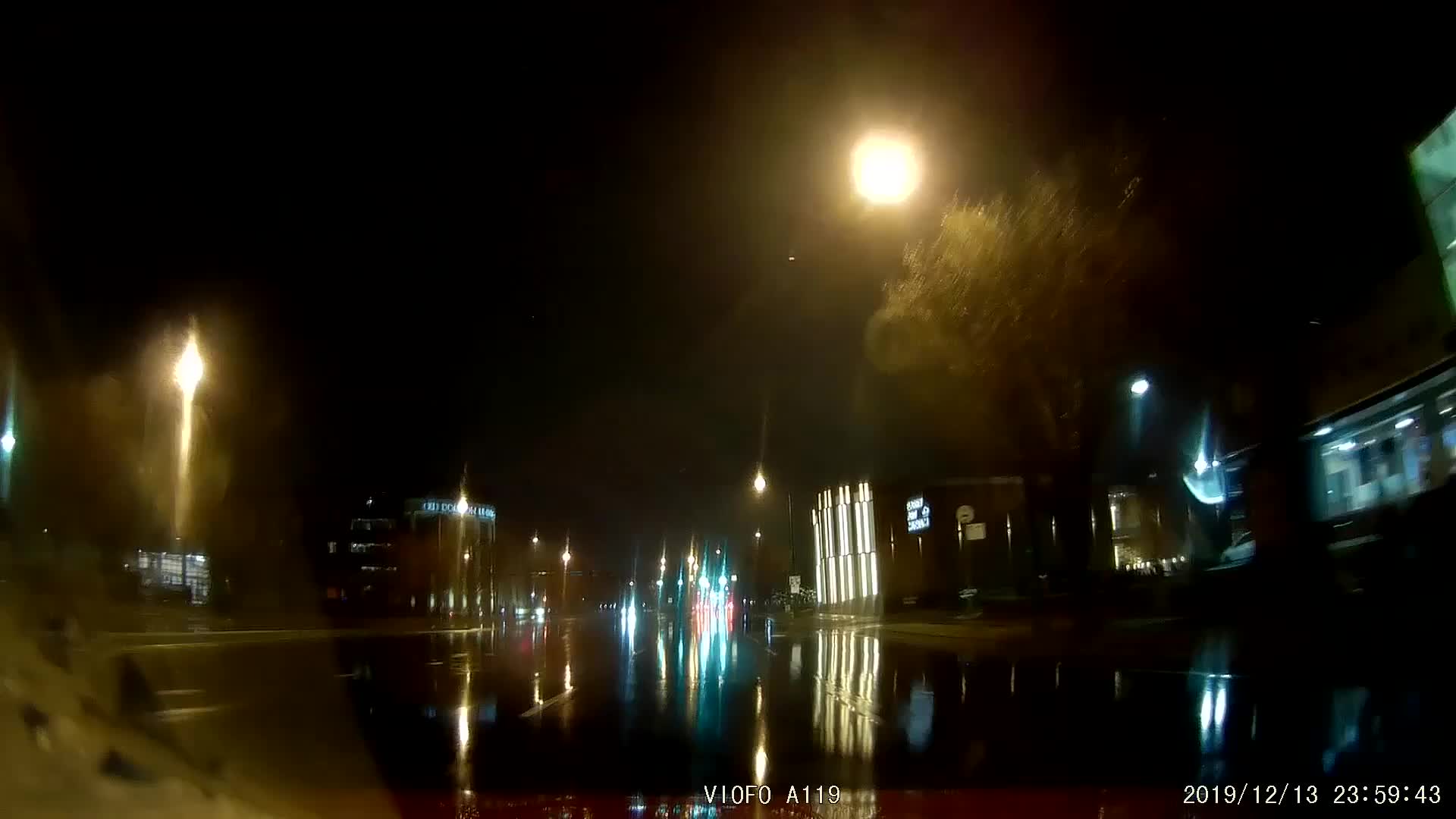 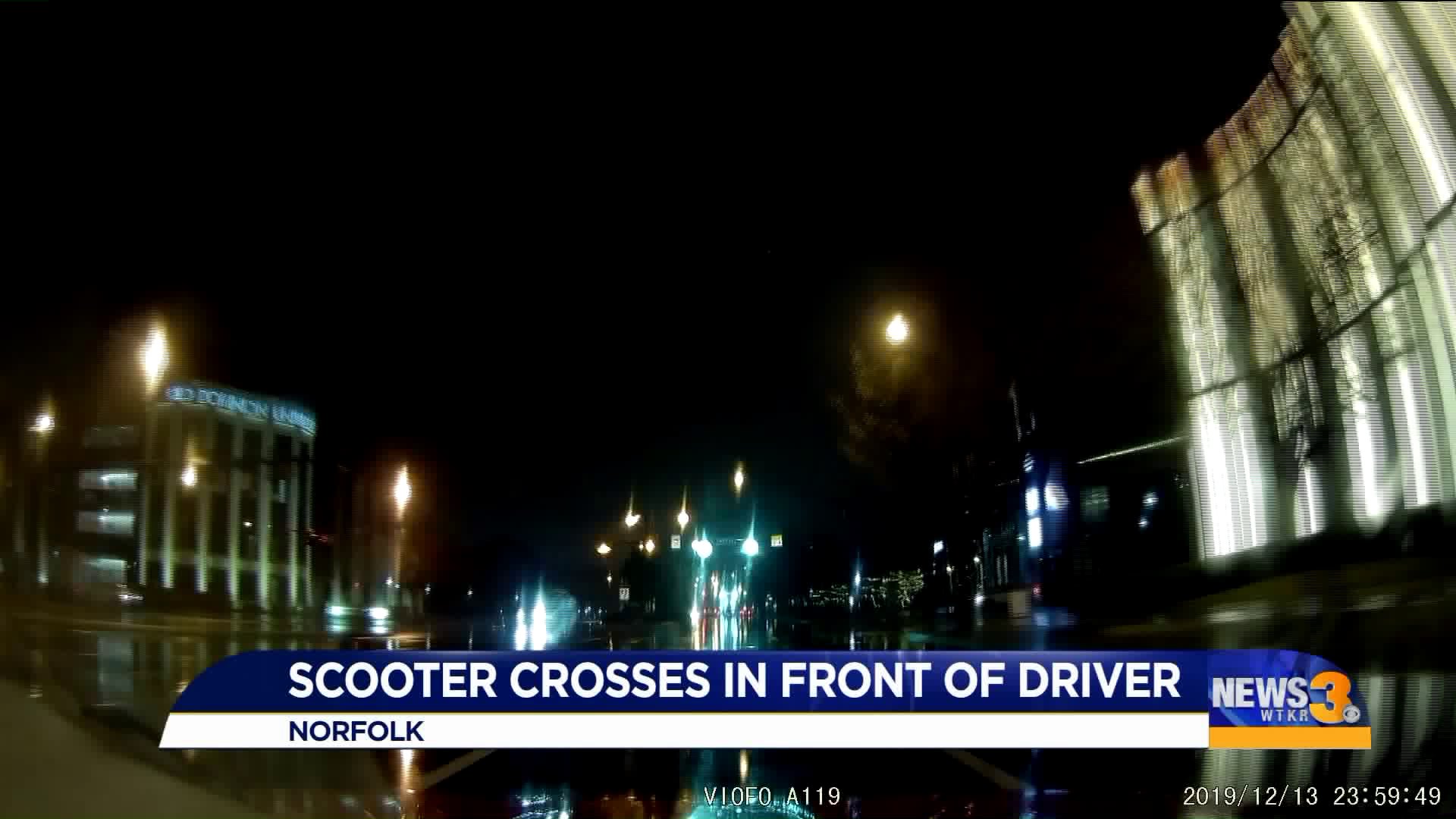 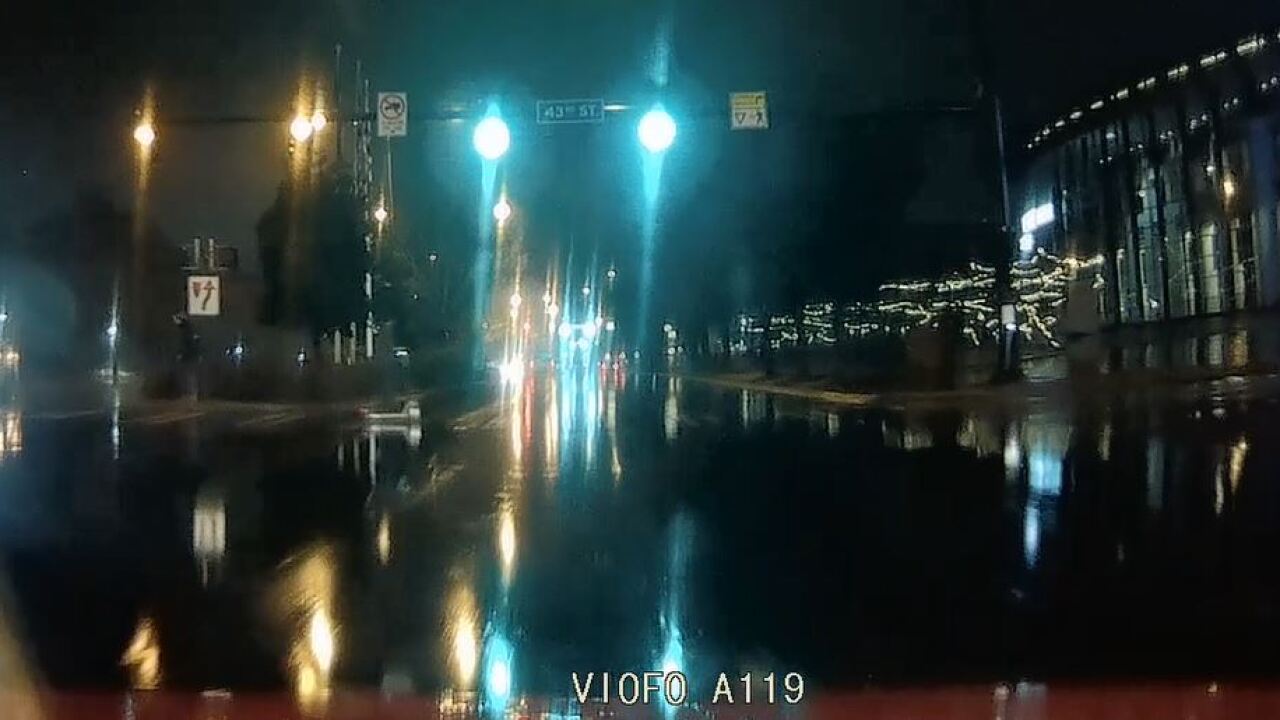 The encounter was caught on Baines' dashboard camera. The video showed her putting on her brakes and honking her horn at the user.

It was the first close encounter of this kind Baines had, she said. The video also showed it rained that night and that she had the green light.

"This young-looking kid flew on his Lime scooter," Baines recalled. "I could see a little wisp out of the corner of my eye.”

The video shows she continued driving. She said after she honked the horn, the rider yelled an expletive at her.

She said she did not decide to stop and confront him because she did not know him and did now know if he had a weapon.

Baines said the mix of the rain, the nighttime setting and the man's dark clothes made it hard to spot him, but she added she is thankful she did.

"I’d be beside myself if I hit a kid like that," Baines said. "That would be really upsetting; I’d be upset."

Baines added she drives with caution when driving down that stretch of Hampton Boulevard. She said people use the street to attend and leave events at the university where people would "still have that red hand," referring to the crosswalk signal.

Her message to other drivers is to be "mindful" if a driver sees a rider using a Lime scooter on the road.

"You might have to slow down," Baines said. "They may just go right in front of you."