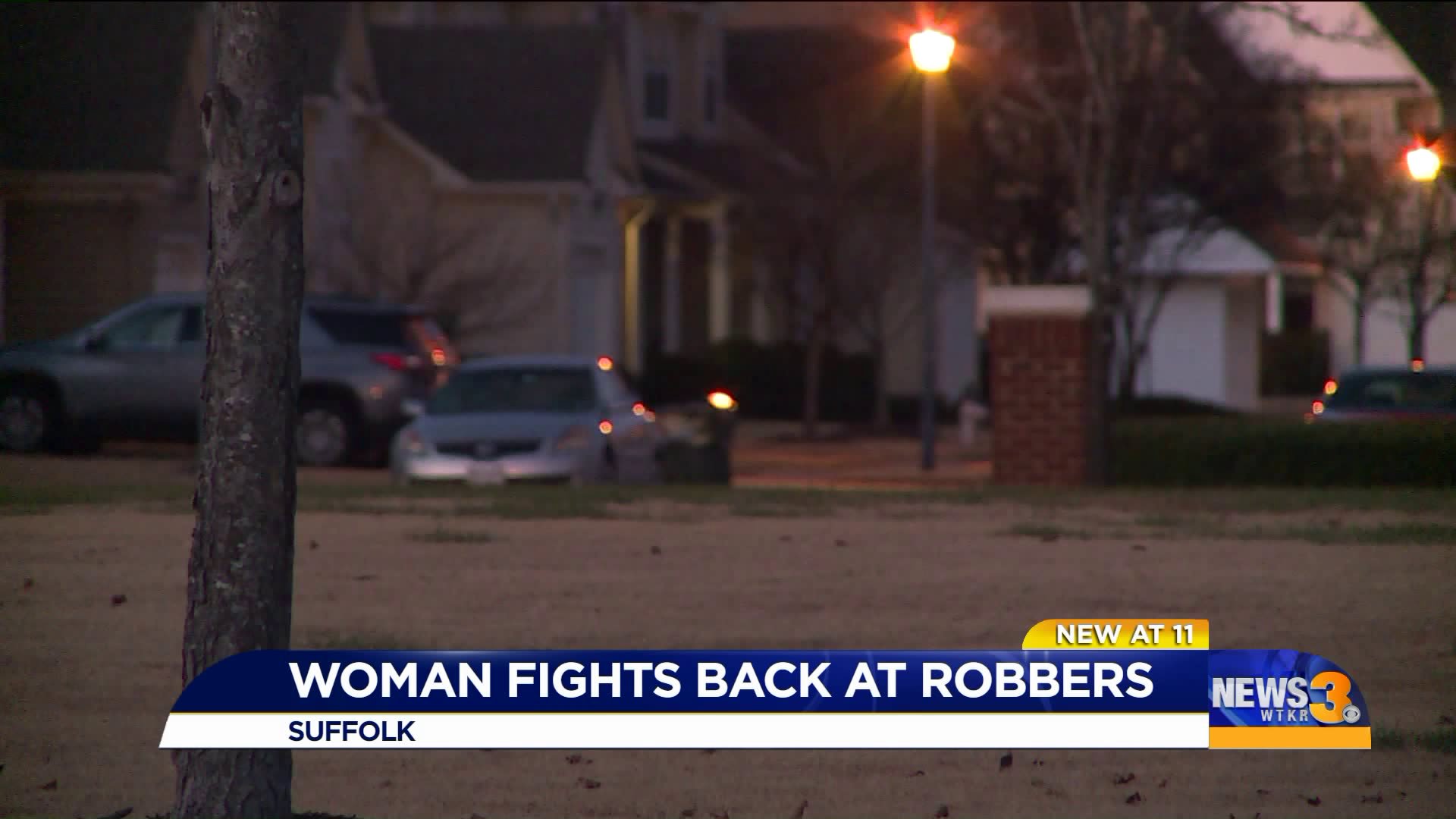 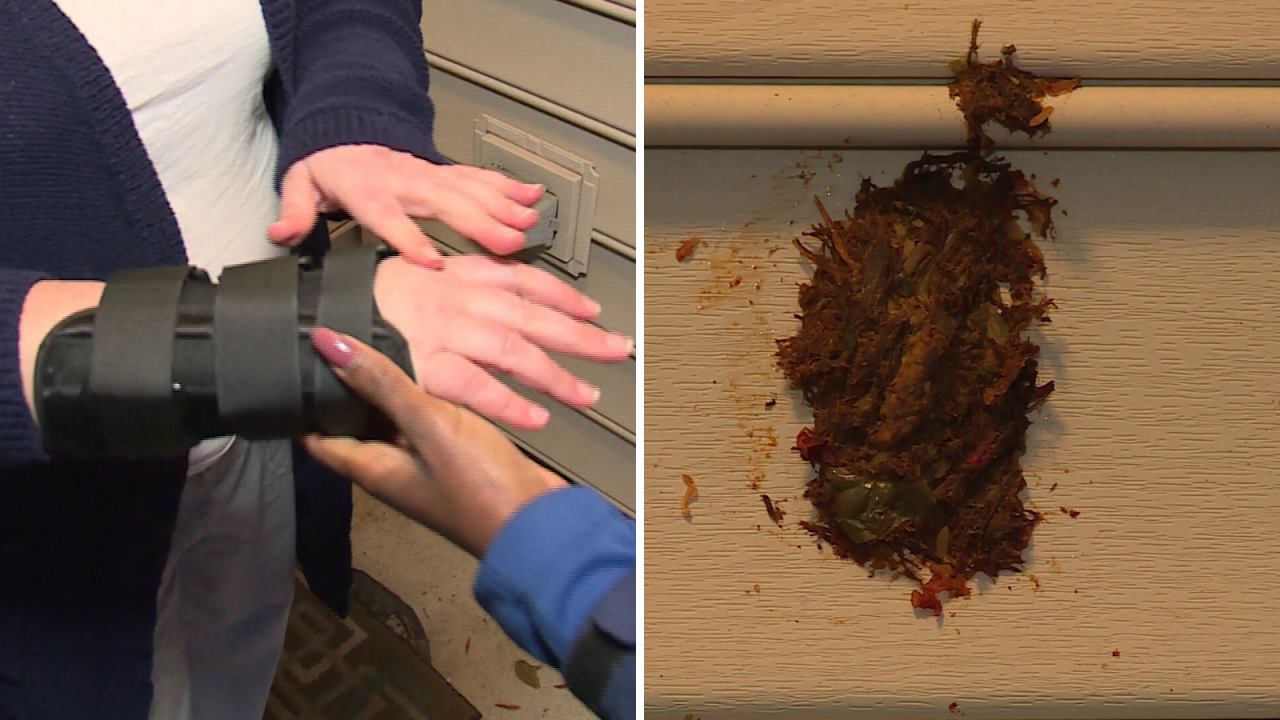 SUFFOLK, Va. - “He said, ‘I will kill you!’ and I turned around and started swinging,” said Heather McNichols.

That’s how McNichols ended up in a hand brace.

“My wrist is pretty sprained all the way up, along with my ankle, and there is a huge abrasion on it,” she adds.

This happened Tuesday night around 11 p.m. She was walking towards her front door when she heard someone walking behind her.

“I actually turned around when whoever - with his gun - came up behind me, and I looked at him like, ‘Are you for real?’”

“They pushed my face up against the door,” she adds.

That’s when she threw her leftover enchiladas on one of the men.

“It was in my hand, so I shoved it in his face because it had hot sauce in it.”

The men got away with her purse.

They say it happened near Respass Beach Road in the Burbage Grant area of the city. The man’s father tells News 3 his son was walking home from work when two men with guns demanded him to hand over his belongings.

“It’s disturbing because this is actually a quiet neighborhood,” said Nadine O’Brien.

Police say the group was seen by both victims driving off in a light-colored sedan.

Heather tells News 3 she’s glad fought the men off and kept them away from going in her home near her kids.

“You don’t mess with mama bears! You can’t 'cause they will do whatever it takes.”