Daughter says mom with dementia was videotaped, posted to Facebook in Chesterfield Co. 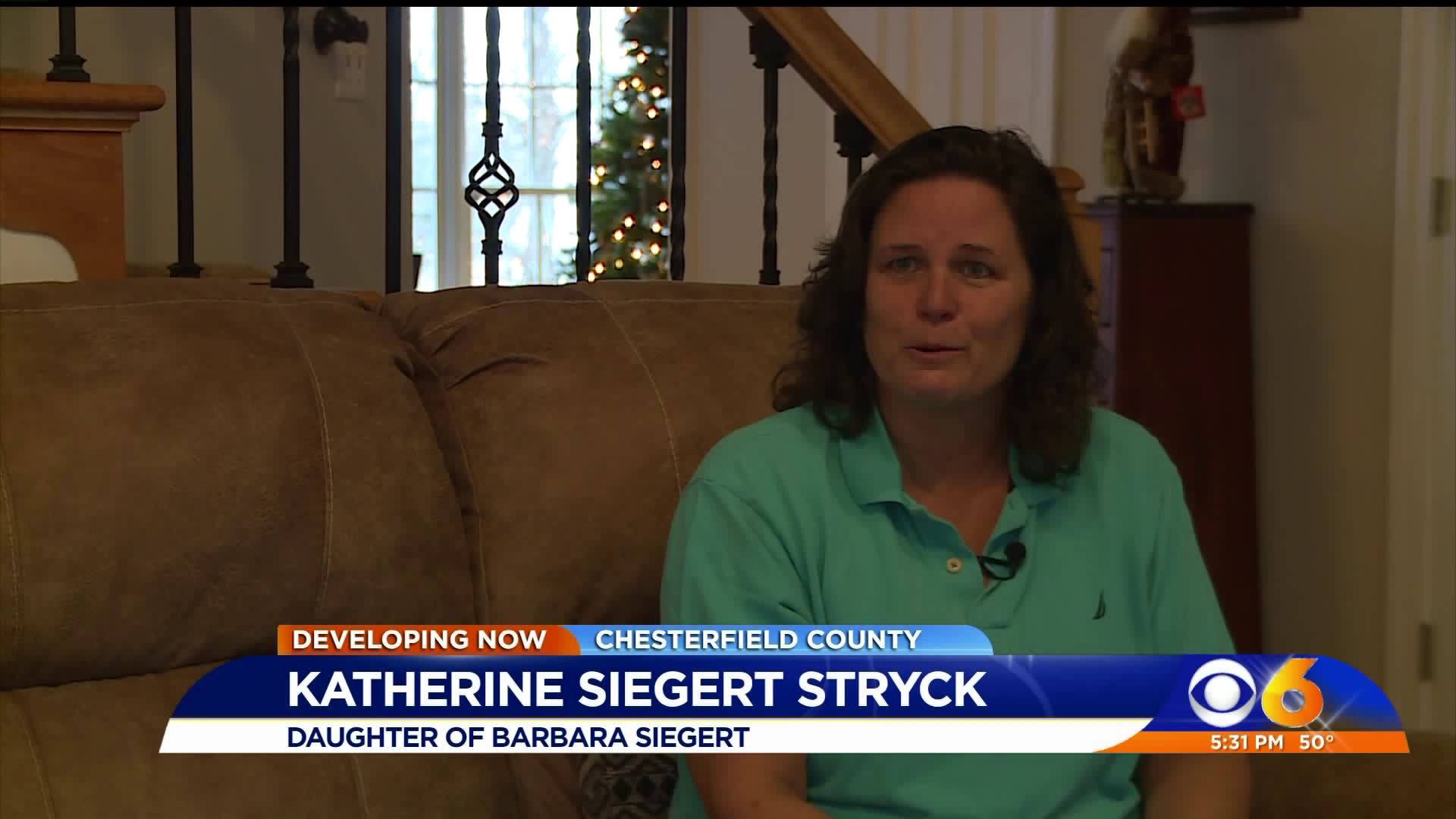 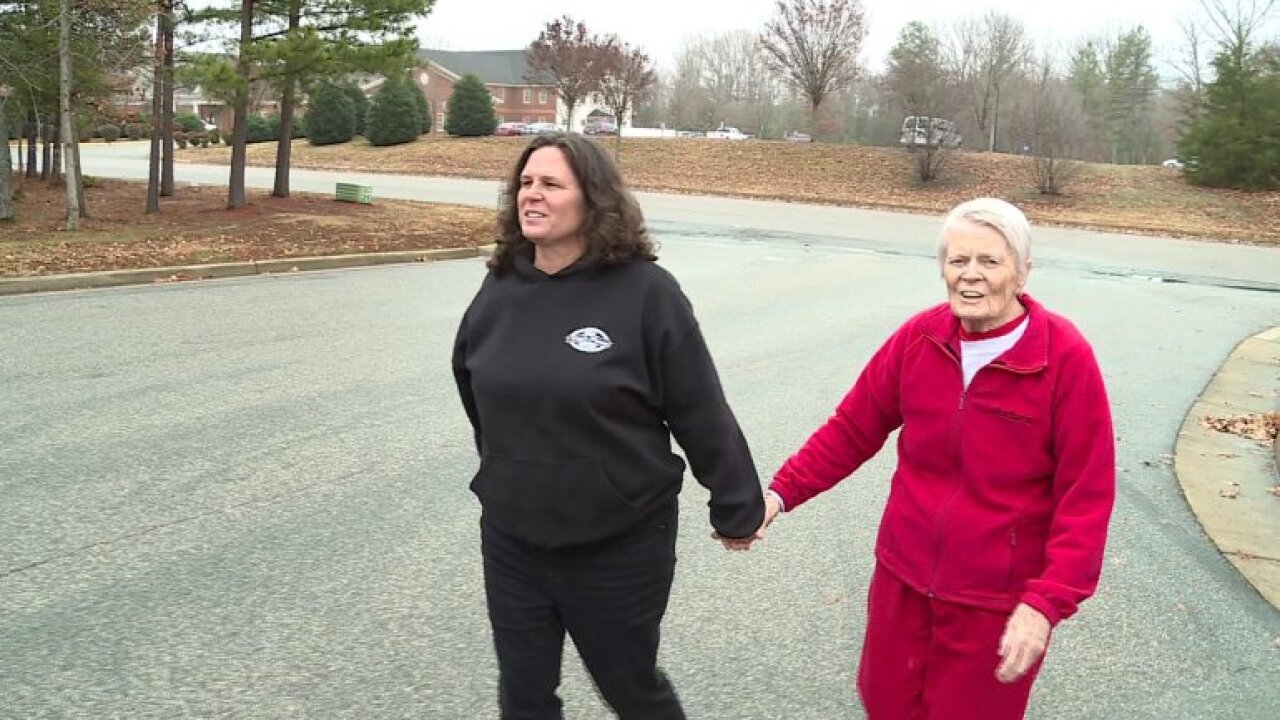 CHESTERFIELD COUNTY, Va. - A daughter is speaking out after a video allegedly taken inside Chesterfield County senior living facility appears to show someone making fun of a residents and it was posted to social media.

"I cried a lot of tears last night for my mom, because it's about dignity and respect" said Katherine Siegert Stryck, the youngest daughter of Barbara Siegert.

Stryck says her mother was secretly videotaped on a cellphone and that video was posted to Facebook.

Her mother, who has dementia, resides at Magnolias of Chesterfield.

"It was the hardest decision I had to make to put my mother in a facility," said Stryck.

Siegert at 87 has lived a remarkable life. She bicycled across the country five times with her husband. she wrote a book about the adventure. Siegert traveled the world, stepping foot on every continent. She was fluent in four languages and was an accomplished artist.

But now the unthinkable.

Katherine is still in shock over her mother's unexpected appearance on Facebook. The video was allegedly taken by an employee inside the senior living facility.

"I think it was just a foolish decision on one person and it was very in-considerate." said Stryck.

"So there's mama trying to get their attention and of course being ignored," said Stryck while watching the video.

Text on the bottom of the video read: "LMAO Central State needs to come get their people."

By Tuesday Afternoon, Stryck had  filed a compliant against the CNA with the Department of Health Professions.

She says the facility's family advocate called her Monday alerting her to the video.

"She explained to me there was a new employee that was working there," Stryck explained.

For Stryck, the most important thing now is knowing her mother is well cared for.

In a statement to CBS 6, the parent company, Meridian Senior Living said:

"We are aware of the situation at Magnolias of Chesterfield, and have already taken corrective action with the staff. We will continue our investigation into the matter and work with our employees to ensure that the privacy of our residents is a top priority at our community."