Watch: The House debates before a vote on impeaching President Trump 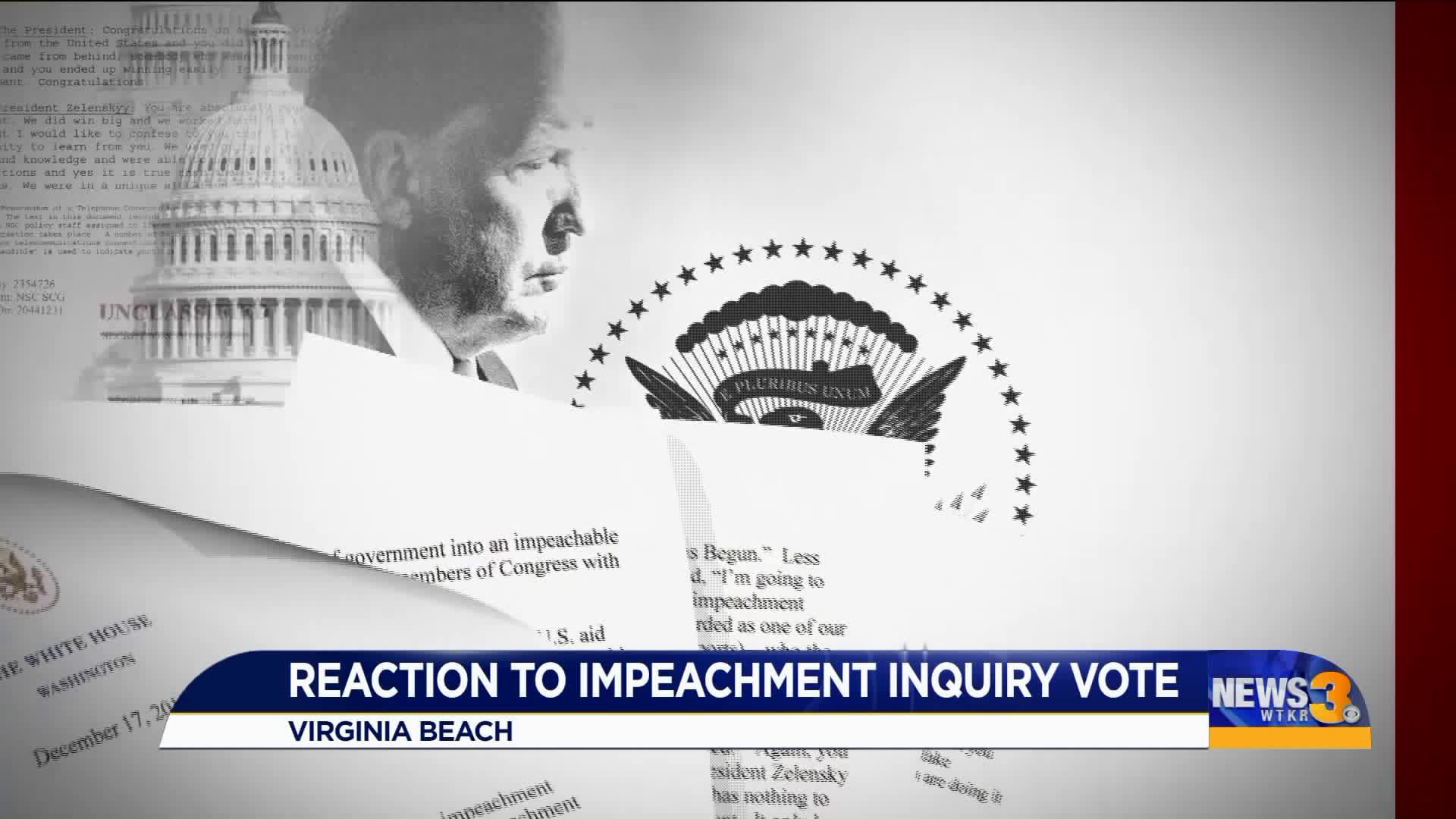 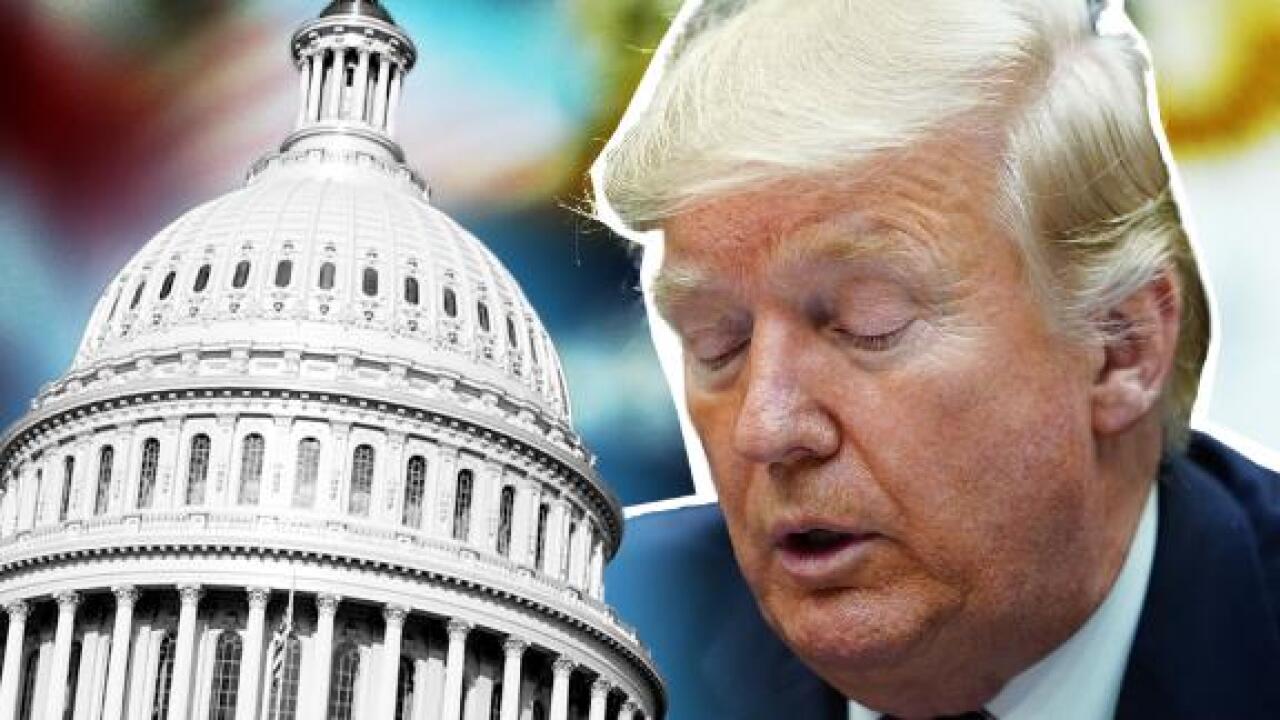 It’s a dark day in America.

The House of Representatives is set to impeach an elected President accused of violating the nation’s trust and his oath to preserve, protect and defend bedrock constitutional values. Donald Trump could be only the third president in 240 years to be impeached — the ultimate trauma for the system of checks and balances, which will unleash fury that will boil for years.

The 45th President will be charged by the House Democratic majority with two articles of impeachment, namely abusing his power and obstructing Congress in a scheme to lure Ukraine into interfering in the 2020 election.

In Trump’s presidency, the extreme has become routine, and hyper-partisanship has blurred the senses. But when the House votes to impeach Trump, a fateful step expected at some point Wednesday, it may become clear that this is also a somber moment of national political tragedy. After all, the House Democrats, who won a majority in the midterm elections on a mandate of curtailing Trump, will be making a rare statement that a President elected just three years ago should be forced from office.

Trump raged into his day of historic shame unrepentant — after saying he takes “zero” responsibility for impeachment — and feeling persecuted. He unleashed a fearsome attack on House Speaker Nancy Pelosi and the other Democrats in an extraordinary letter that expressed something like despair about the fate of his legacy.

“You are the ones obstructing justice. You are the ones bringing pain and suffering to our Republic for your own selfish personal, political and partisan gain,” Trump wrote, accusing Democrats of the very offenses of which he is accused.

Trump’s impeachment has become about more than the misbehavior of a President and the Democratic claim that his actions reach the constitutional bar of “high crimes and misdemeanors.”

In retrospect, it might have been an inevitable constitutional collision given his belief in his own ultimate power and his disrespect for any conventional notions of presidential discretion — factors in evidence right from the start of the property branding titan’s 2016 campaign, which turned US politics on its head.

The impeachment crisis is also a symptom of a country caught in a massive political estrangement that is tearing apart any sense of common patriotic purpose. It has exposed a political culture in which the facts -- in this case, of the President's actions -- are no longer sacrosanct and that has been laced with a fog of misinformation by his allies. The ill feelings and controversy stirred in recent weeks, ultimately by the actions of the most divisive President in modern history, will reverberate long after he's left office.

America is as split on impeachment as it is on everything else. A CNN poll of polls shows that 46% believe Trump should be impeached and removed from office, while 49% do not. Wednesday's vote, for which Democrats are confident they have a strong majority, has prompted heart searching among vulnerable representatives seeking reelection in districts where Trump won big in 2016.

"This is not something you can do based on polls," said moderate Democratic Rep. Elissa Slotkin of Michigan. "The voters will have a chance to decide next year."

"I'm not compromising my integrity," said Slotkin, who intends to vote for impeachment.

An already bitter feud is stirring in the Republican-led Senate, ahead of a trial early next year expected to fall well short of the two-thirds majority needed for Congress to oust a president for the first time.

But there may be moments of hope on Wednesday too, as the ancient mechanism of America's democratic experiment swings into action to prove that no man is a king dwelling above the law.

Trump's defiance is a sign that once acquitted by the Senate, he is likely to become even more unchained and to treat his escape as vindication. One sign of that is the way in which his personal attorney Rudy Giuliani has just returned from Ukraine after carrying on the very activity -- digging for dirt on former Vice President and potential 2020 rival Joe Biden -- that led his client to the brink of impeachment.

Pelosi, who once warned that the President was self-impeaching, long resisted using her most consequential power to call Trump to account, arguing that he was "not worth it."'

But pressure from political allies and an imperative to defend the Constitution became unassailable after news emerged in September of Trump's back-door diplomacy in Ukraine.

Democrats amassed a detailed record built upon testimony from career foreign policy officials in the administration of a prolonged effort by Trump to use the power of his office not for America's interests but for personal political gain.

Specifically, Trump is accused of withholding $400 million in military aid and the prospect of an Oval Office visit from new Ukrainian President Volodymyr Zelensky to coerce him into announcing an investigation into Biden and his son Hunter's business dealings in the country.

While the decision by the former vice president's son to accept a paid role on the board of Burisma, a Ukrainian energy giant, while his father was in office is ethically questionable, there is no evidence of wrongdoing by either Biden.

Witnesses called by Democrats testified that Trump did demand a quid pro quo from Ukraine and that he was orchestrating the scheme. A rough transcript of his call with Zelensky in July, which the President insists was "perfect," shows Trump asking for a favor -- including an investigation into Biden and a conspiracy theory that Ukraine interfered in the 2016 election.

Acting White House chief of staff Mick Mulvaney appeared to confirm the quid pro quo, telling reporters to "get over it." And Trump called on Ukraine publicly to investigate the Bidens.

For Democrats, such behavior validated impeachment because it confirmed the fears of the country's founders that a rogue, demagogic President could incite foreign interference in US democracy.

"His scheme to corrupt an American presidential election subordinated the democratic sovereignty of the people to the private political ambitions of one man, the President himself," said Rep. Jamie Raskin of Maryland at a House Rules Committee hearing Tuesday.

"Second, after this corrupt scheme came to light, and numerous public servants with knowledge of key events surfaced to testify in our committee investigations about the President's actions, President Trump directed the wholesale, categorical and indiscriminate obstruction of this congressional impeachment investigation."

For Democrats the question was: If this is not impeachable, what is?

A struggle for Republicans

From the start, Republicans struggled to counter the facts of the impeachment case, not least because Trump appeared several times to confirm the Democratic accusations against him.

Instead, the GOP in the House set out to attack the process, accusing Democrats of abusing their power themselves and inventing Trump's abuses of authority to fulfill their dreams of destroying a President they had never forgiven for beating Hillary Clinton.

"We're in a kangaroo court, it feels like in this place, because all of this is backwards," Rep. Doug Collins, the top Republican on the House Judiciary Committee, said Tuesday.

"We're more 'Alice in Wonderland' than we are House of Representatives. Because whether you agree that he needs to be impeached or not, do you not think there needs to be a modicum of process and rights?" Collins said.

Despite the pleadings of one key witness for them not to recycle Russian propaganda -- former National Security Council Russia policy chief Fiona Hill -- several prominent Republicans highlighted claims that Ukraine had meddled in the 2016 election to hurt Trump.

While several officials from Kiev criticized Trump, there is no evidence that Ukraine participated in anything like the massive Russian intelligence and misinformation operation that US spy agencies say was designed to help Trump win the presidency.

Republicans also accused Democrats of failing to glean testimony from key witnesses, even though officials like former national security adviser John Bolton and Mulvaney were barred from showing up by Trump in a sweeping immunity claim.

Democrats declined to litigate to compel testimony, arguing that court action could take many months and Trump posed a "clear and present" danger to US security and the 2020 election.

Republicans -- supported by the right-wing media propaganda machine -- have also claimed that abuse of power is not a specific crime and is not therefore an impeachable offense. They argue that Trump asked Zelensky in the call to do "us" a favor, as in the United States, rather than seeking personal gain. But they have not explained how investigating a 2016 conspiracy theory or one of his political opponents represents a compelling US national interest.

Trump's refusal to admit any transgression has deprived Republicans of the political cover of the defense that saved President Bill Clinton 20 years ago: that his actions were lamentable but did not rise to the level of impeachment.

That may be problematic for vulnerable Senate Republicans in swing state races in 2020. But the lockstep GOP support for Trump also demonstrates the President's remarkable control over a party he transformed in his own nationalist image.