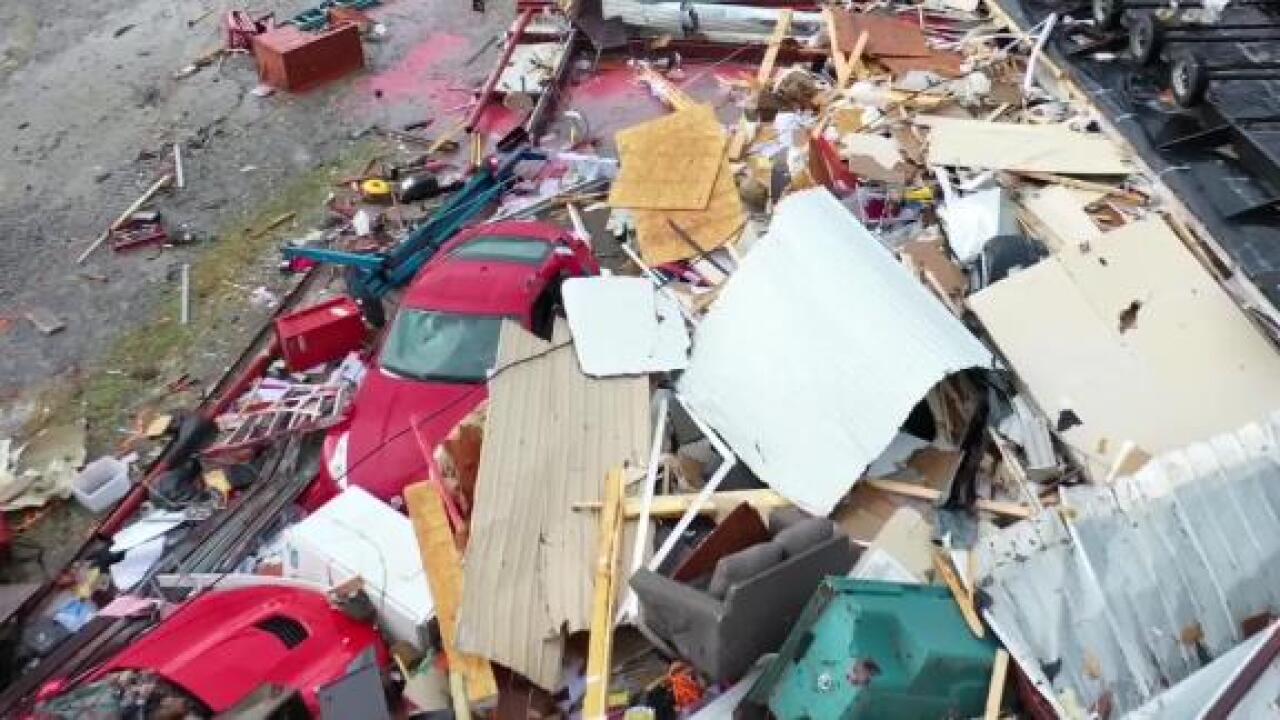 Residents across the South will be waking up Tuesday morning to the damage that a series of deadly tornadoes left behind.

The twisters that tore through parts of Louisiana and Mississippi killing at least three people are part of a larger storm system that is piling snow and ice across the Midwest and Eastern US.

More than one million people across Alabama are under a tornado watch until 5 a.m. ET, CNN Meteorologist Michael Guy said.

In central Mississippi, one school district canceled school Tuesday ahead of the anticipated conditions.

“Due to the inability to properly assess schools and roads tonight following the inclement weather, all schools in the Laurel School District will be closed,” the district said in a statement.

The tornadoes are expected to die down by early Tuesday morning and turn into one “straight line wind event” that will continue into Alabama and Georgia, Guy said.

“The main threat is damaging winds, though a brief/spin-up tornado cannot be ruled out,” the weather service in Atlanta said.

In Alabama, a severe storm alert warned of damaging winds with up to 60 mph into Tuesday morning.

Meanwhile, another portion of the storm will make for difficult morning commutes further north in the country.

“Heavy snow and possible ice will continue to plague areas of the Ohio Valley to the Northeast and New England … through Tuesday,” the National Weather Service said.

Parts of the Northeast — including areas in New York and around Boston — may see up to 6 inches of snow by Wednesday, the weather service said.

A 59-year-old woman in Vernon, Louisiana, was killed when a tornado destroyed her mobile home, the Vernon Parish Sheriff’s Office said.

The office also said “a substantial number of trees and power lines” were out. Roofs were blown off homes and multiple people were trapped in their houses, Beauregard Sheriff’s Office Chief Detective Jared Morton told CNN affiliate WJW.

In Lawrence County, Alabama, a couple was killed when a tornado passed through, Town Creek Sheriff Chief Jerry Garrett said in a Monday night news conference.

A 7-year-old boy was found injured near the couple and taken to the hospital, Garrett said.

And in Columbia, Mississippi, the police chief said multiple people were reported injured when a tornado tore through.

Some of the police department’s officers had to transport people to the emergency room, Columbia Police Chief Michael Kelly told CNN.

“We are just happy at this time that here are no fatalities reported,” he said Monday night.

In Edwards, Mississippi, residents were in the dark late Monday as storms trekked through the area.

In Lee County further north, about 60 homes and a church were damaged, said Paul Harkins, the 911 director for the county’s sheriff’s office.

“We are blessed tonight,” Guntown Mayor Bud Herring said about the lack of fatalities or serious injuries.