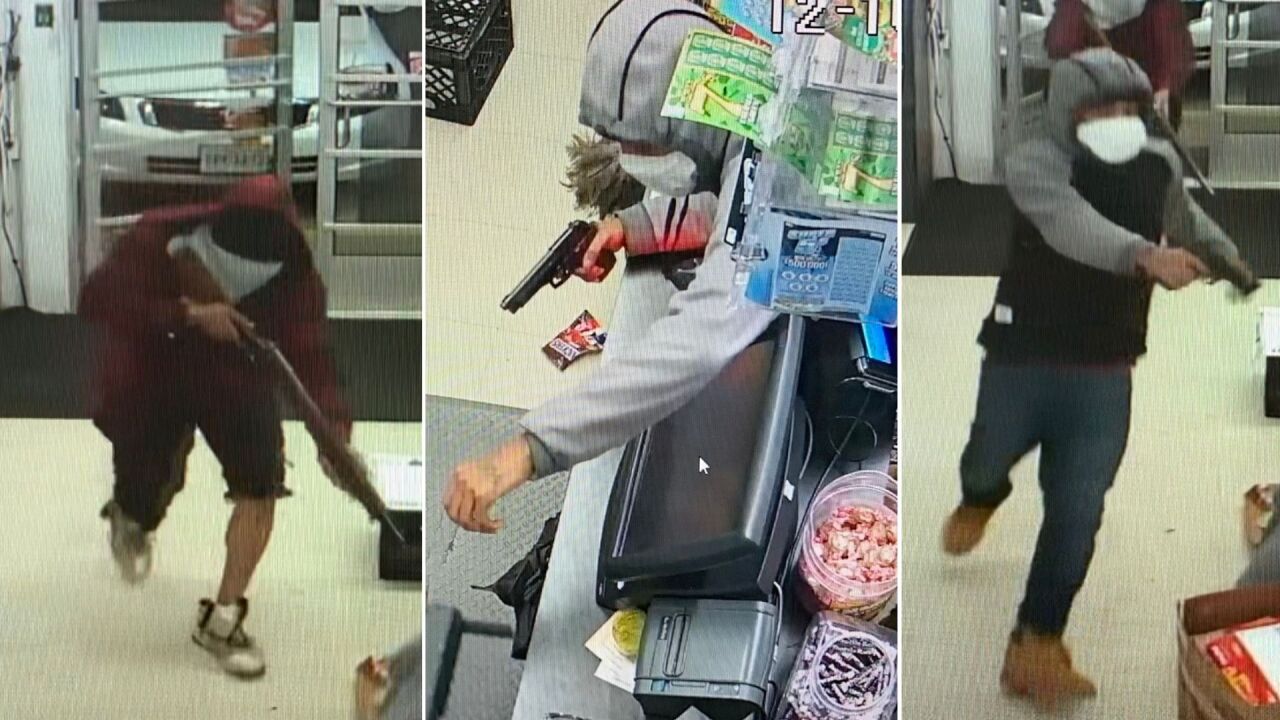 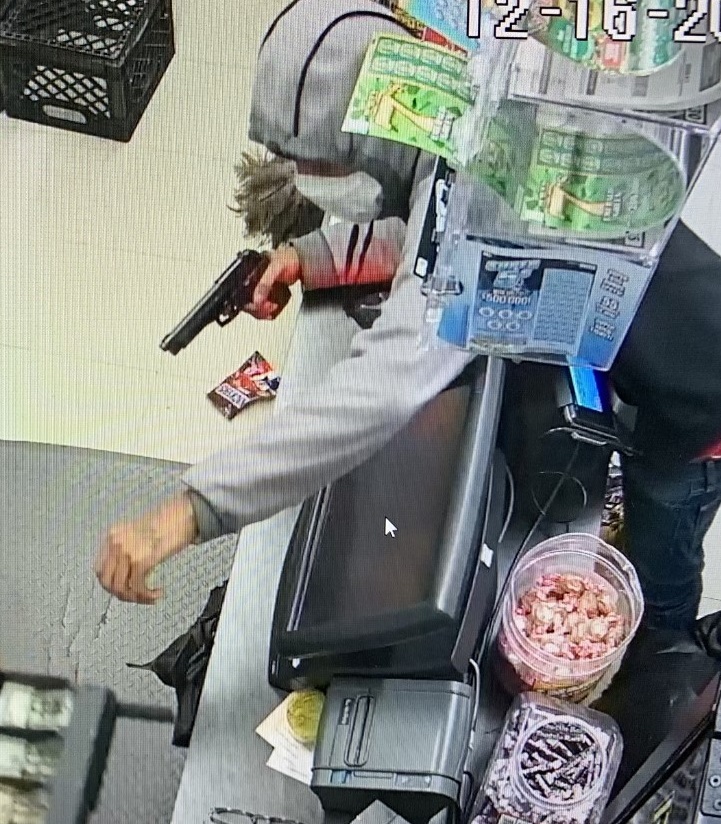 PORTSMOUTH, Va. – Detectives with the Portsmouth Police Department Major Crimes Unit are continuing their investigation into the robbery of a local convenience store.

On Monday, December 16, around 9:42 p.m., officials received a 911 call in reference to an armed robbery that had just occurred at King’s Convenience store, located at 2910 Victory Boulevard.

The first suspect is a black male who was last seen wearing a gray and black hooded jacket, blue jeans, tan boots, and a light colored mask. The suspect had a tattoo on his left hand.

The second suspect is a black male who was last seen wearing a red and black flannel jacket, black shorts, light colored shoes and a light colored mask.

Detectives need your help identifying the suspects involved in this case. If you recognize the suspects pictured in the surveillance photographs you are urged to contact the Crime Line and submit an anonymous tip.