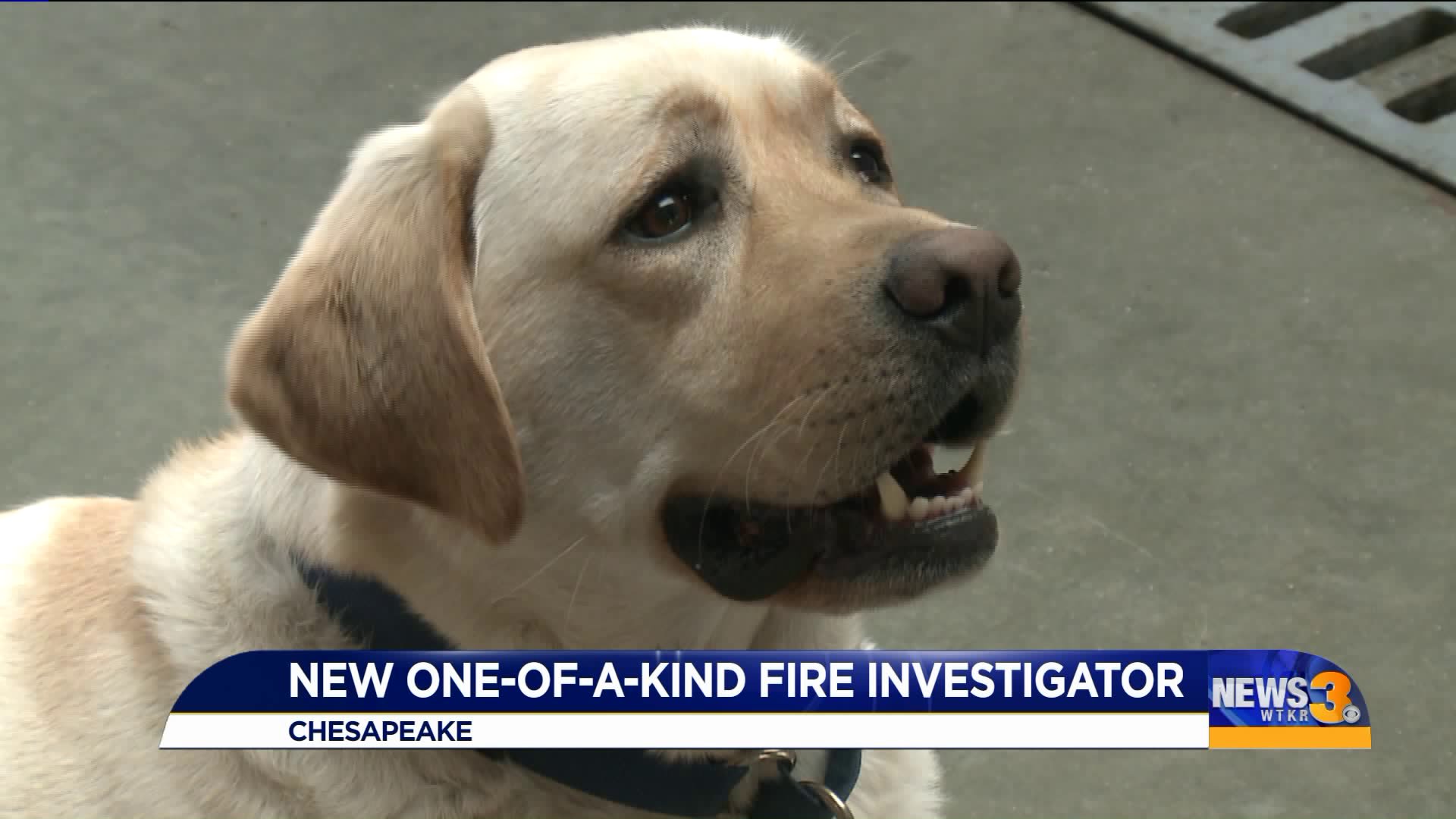 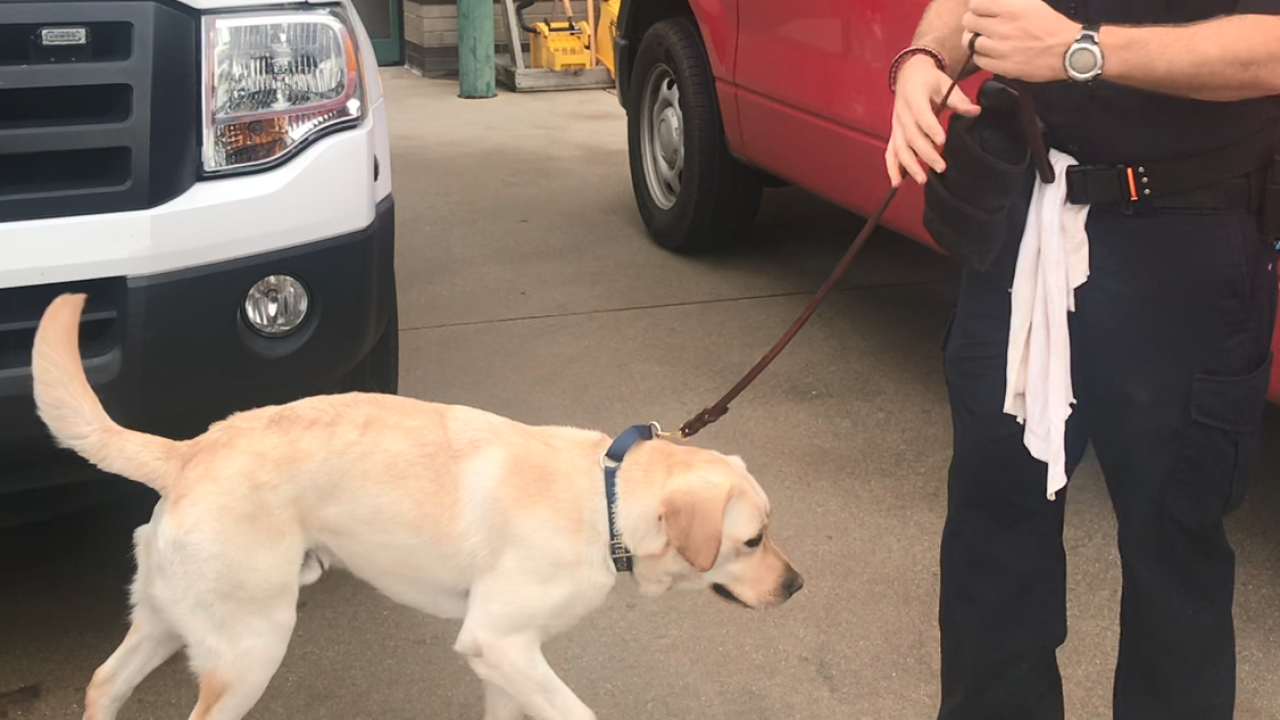 CHESAPEAKE, Va. - The Chesapeake Fire Department hired and trained a new investigator to help current fire investigators find possible suspicious causes at the scene of a fire. He is the only one of his kind in Hampton Roads.

This new investigator has a powerful nose to sniff out for clues, four legs, and is furry. His name is Cinco, and he is a two-year-old Labrador retriever.

"He’s an ATF accelerant-detection canine," Whit Gibbs, a deputy fire marshall with the Chesapeake Fire Department and Cinco's handler, said. "When he finds something or alerts on an ignitable liquid, he’ll sit down and I’ll feed him."

He is a certified dog through the Federal Bureau of Alcohol, Tobacco, and Firearms. Cinco sniffs for flammable substances that may have been used in a fire.

Cinco also helps eliminate the possibility arson by sniffing a scene out. He was already called out to scenes in his almost two-weeks of being of being with the fire department.

"We’ve been on two calls," Gibbs said. "We had a call in the city and a neighboring jurisdiction so far."

The Fire Department provided News 3 with an in-person demonstration. Gibbs laid out several shirts on the fire station ground and said he sprayed two shirts with fire accelerants. He also did the same with a piece of carpeting.

Gibbs brought Cinco towards the shirts and immediately started sniffing the shirts. One-by-one he went until he found the first shirt. He kneeled in front of the first shirt, his sign that he found an accelerant.

Gibbs gave him treats as a reward. Cinco then found the second accelerant-tainted shirt and kneeled down in front of it. Gibbs handed him some more treats before moving onto the piece of carpeting. He sniffed the carpet and found the spot with accelerant.

"We’re definitely lucky to have him," Gibbs said. "He’s an awesome tool in our tool box."

Cinco was not always an ATF dog. Gibbs said he had a previous job before joining the ranks of law enforcement.

"He started out as a guide dog, wasn’t cut out to be a guide dog and then he showed a lot of drive so he was chosen to go to the ATF," Gibbs explain.

The department had to go through an application process competing with other cities across the nation for a certain number of dogs. In Hampton Roads, Chesapeake was the only city that applied.

"It’s a good feeling and something that we’ve worked hard for, something we’ve wanted and it feels good," Gibbs said.

He added Cinco is friendly with people, especially children. Cinco is expected to stay on the force until he turns nine, the age an ATF dog retires, according to Gibbs.