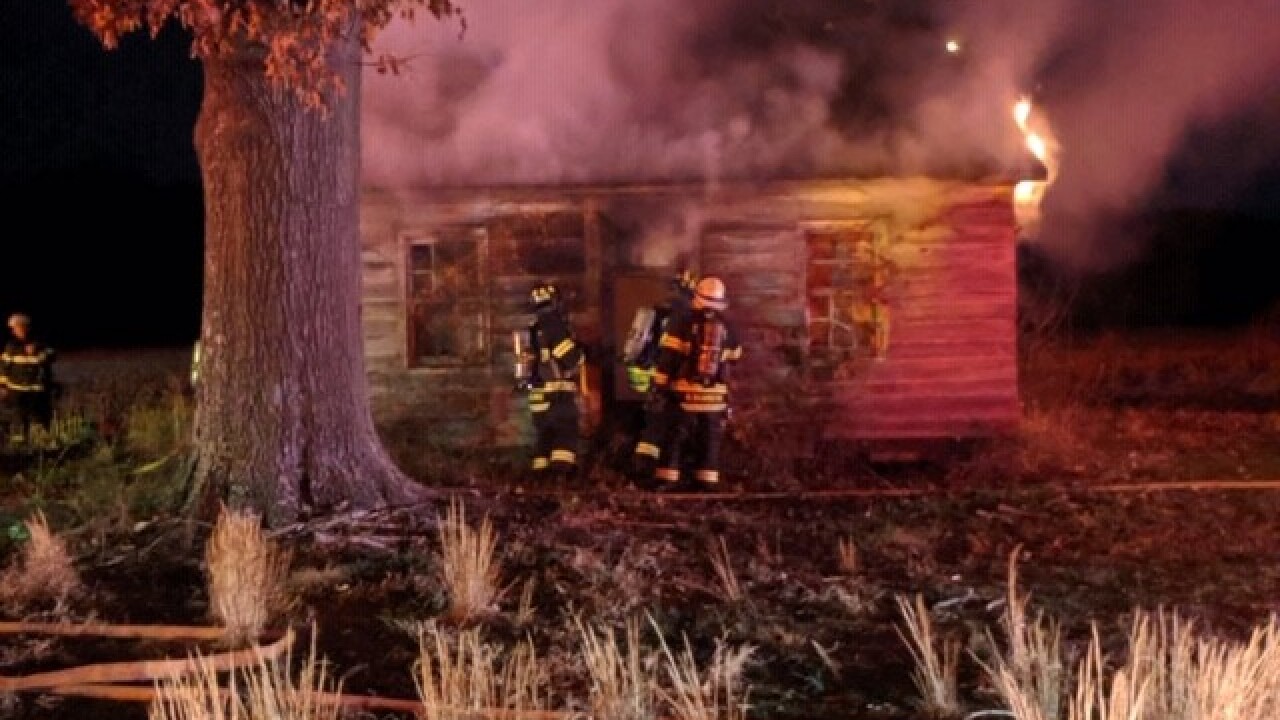 SUFFOLK, Va. – An 18-year-old man was arrested in connection with a late-night fire in Suffolk on Thursday, December 12.

Emergency Communications was contacted around 11:30 p.m., about the incident in the rural 4900 block of Deer Path Road.

Crews found fire showing from a single-story abandoned farmhouse. The fire was called under control a short time later.

Riley Sadler Lewis, 18, was arrested on charges of burning or destroying a dwelling and breaking and entering with intent to commit arson.

The investigation into the incident is ongoing.